The Brief — French elections: Underneath the cacophony lie deeper truths 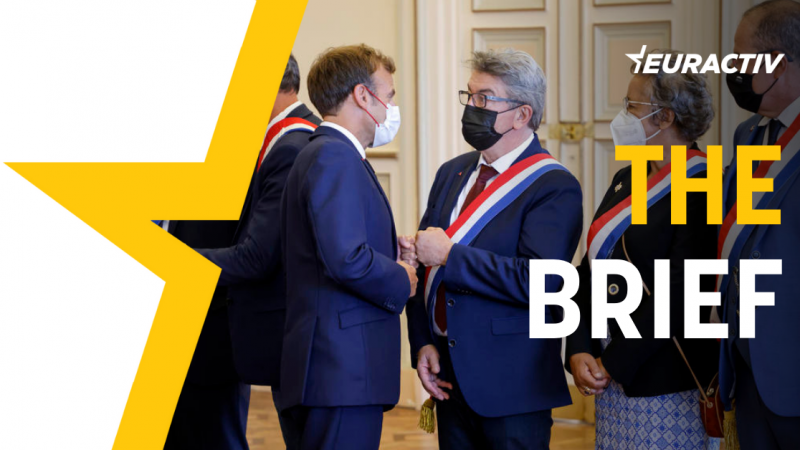 Every election has its fair share of confusing percentages, graphs, statistics and thundering statements from each side of the aisle. The French parliamentary elections are no exception.

Add to that the French will be electing as many as 577 deputies on Sunday (19 June) – that’s a lot of information to deal with.

Yet behind this cacophony lies critical indications of the state of French politics today – and where we might be after Sunday’s second round.

So here’s my take, in four short points:

First, love or hate him, Emmanuel Macron comes out on top in these elections. He may be neck and neck with his left-wing opponents, but it is worth bearing in mind that Macron’s Renaissance party (formerly known as La République en Marche) didn’t even exist six years ago.

For Macron to have established himself as the leader of a broad centrist movement, with little to no representatives in local or regional councils, is a monumental achievement.

Second, there is no denying that the left-wing NUPES coalition did well. After all, left-wing parties couldn’t come close to any form of an alliance ahead of the presidential elections, so to come together with so few mishaps over several weeks of campaigning is a success.

But there is also much more than meets the eye. These parties fundamentally disagree on substance, including on the future of Europe (Greens are federalist, Mélenchon is not at all) and energy (greens and Mélenchon want an end to nuclear, communists want to improve existing infrastructure).

In my view, this coalition won’t last long after Sunday’s vote, and we can expect the split to be bloody. Greens, who are likely to have enough MPs to create a parliamentary group, will assert their pro-Europe stance and aim to take over the political space that the Socialist party once occupied.

As for Mélenchon, he is likely to try to periodically remind everyone of who’s the boss and point out that they wouldn’t be in the National Assembly if it weren’t for him. This is true, but he’s also such a controversial figure that left-wingers are ready to see him gone and retired, with no clear replacement in sight…

Third, Rassemblement National (RN) supporters have it hard. The electoral system is such that there is no chance for the far-right RN to secure any number of seats that closely resembles its score in the presidential elections.

This is yet another reminder that changes are necessary. As it stands, legislative elections limit the extremes from winning in the second round, where they struggle to obtain votes when facing moderate candidates.

Inevitably, all of this combines to create a National Assembly that only poorly represents the actual political realities of the country. At a time when political disenfranchisement is a real thing, reforming the system towards a more proportional system does not feel like an ill-placed idea.

Fourth: Where to from here? The burning question, as my colleague Davide Basso so clearly laid out (in French), is whether Macron will secure an absolute majority.

If he doesn’t, that’s exciting (for political journalists at least). Macron will be compelled to ally with another party; that is, take an explicit ideological side, which he absolutely hates to do.

Ideologically, partnering with conservative Les Républicains counterparts would probably make the most sense. However, that would give LR extraordinary deal-making power at a time when their true political might is at an all-time low.

I am willing to go a step further and bet that side negotiations will also start with the moderate faction of the Greens. Macron needs that ecological element that he struggled to embody during the campaign; the Greens want to look serious, able to govern and distance themselves from Mélenchon.

Are we edging closer to a Macron-Green alliance à la Germany? Let the show begin.

The EU should grant candidate status to Ukraine and Moldova, bringing them closer to bloc membership, while Georgia still has some homework to do, the European Commission said on Friday in a highly-anticipated opinion on the future enlargement of the bloc.

Policy changes are needed to manage our ageing populations properly, reflecting the diversity of the elderly with more focus on disease prevention and education.

Universities across the EU are supporting Ukrainian students through mobility partnerships. Meanwhile, academics warn that reconstruction efforts will be key to avoid the risk of brain-drain and rebuild a country able to attract talents.

Last but not least, don’t forget to check out our weekly Tech and Agrifood Briefs!