The Brief – How Valérie Pécresse is killing her own campaign 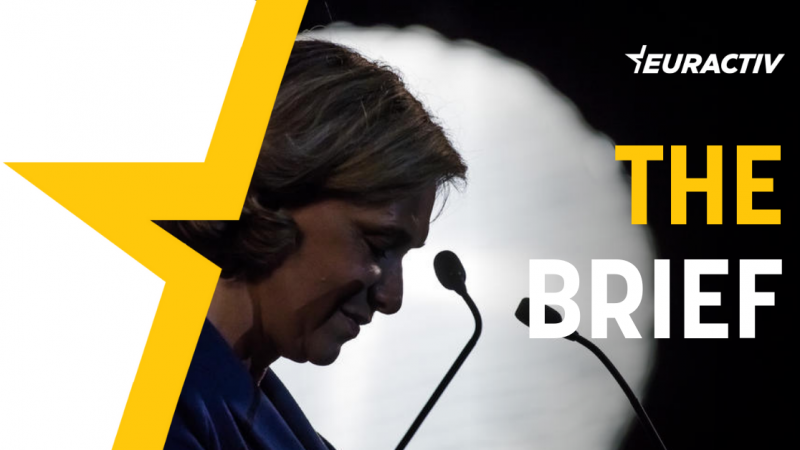 Less than two months before the first round of the French presidential elections, the political landscape is clearly tilted towards the right, with no left-wing candidate seemingly in with a chance.

A victory for incumbent Emmanuel Macron, who is yet to formally announce his candidacy, seems somewhat likely because the right-wing camp appears adept at sabotaging its own campaign.

Even in her camp, Valérie Pécresse, the most viable right-wing candidate, has been criticised for not being a proficient orator.

Aside from this, the harshest criticism levelled against the most serious candidate of the traditional, liberal, republican, and European right-wing party is that she took up ideas traditionally confined to the most radical right – of which she is not a part, as her history shows.

When the traditional right flirts with the extreme right

On economic issues, Pécresse toes the line of her camp and the European centre-right rather well: essentially liberal and attentive to public spending.

While it may be “nothing new under the sun”, the consistency is welcomed.

Since the start of her electoral campaign, Pécresse has developed new positions that contradict her past and the political family she represents.

For example, when she talks about the “overflowing immigration leading to the creation of zones of non-France” or about holding a referendum on “immigration, security and secularism”.

These positions also contradict Jacques Chirac, who warned the French people at the very end of his mandate in 2007: “Never deal with extremism, racism, anti-Semitism or the rejection of the other”.

The climax of Pécresse’s very right-handed movement came at a meeting in Paris on Sunday, where she explicitly referred to the theory of the “great replacement” – a reference to the threat of a rapidly growing non-European, and mostly Muslim, population replacing white Europeans.

Nevertheless, to say that she’s not “resigned to the great replacement” is to admit the existence of this conspiracy theory, or its possibility, whereas it was once the prerogative of the far-far-right and was rarely mentioned out loud.

Worst of all, she does not really believe in the “great replacement”: Dropping this word in her speech was done on purpose and was an electoral manoeuvre. A manoeuvre likely influenced by Éric Ciotti’s very right-wing line within the party – which Pécresse left in 2019 (before returning) because… she judged it to be too far right.

In the same tone, Pécresse asserted that she prefers to “make French people of heart and not paper French people”.

Thus, she adopted the expression “paper French” used in particular by former far-right candidate Jean-Marie Le Pen, who made this distinction concerning young French people of Algerian origin. Historically, the term was coined by anti-Semites, who used it to refer to naturalised Jewish people.

The leakage of voters to Macron and Zemmour

In this way, instead of dictating the themes and the electoral agenda, Pécresse gives in to those of the fiery anti-immigration candidate Eric Zemmour.

The traditional right party is wallowing in radicalism in the hope of winning back a partly lost electorate. Still, it risks above all smashing into the wall of ridicule, making moderates flee to Macron’s camp and pushing the radicals, who will always prefer the original to the copy, into the arms of Zemmour.

The cherry on the cake is that her camp will not help her.

The defections are multiplying, especially in favour of Macron’s camp, joined by heavyweights of the national and local right, not only in the last days but since the beginning of his mandate.

The most recent example is Natacha Bouchart, the mayor of Calais, a city emblematic of immigration problems, and Éric Woerth, a tenor of the right, who describes Macron as “a great president” over the last two years.

Not to mention the internal criticism over the fact that the desired support of former president Nicolas Sarkozy for Pécresse has yet to materialise, which is starting to irritate many in the Républicains party.

The Républicains are thus victims of a takeover bid by the far-right and the centre, and if they continue on this too-right-wing line, they will be heading straight for an explosion and will be scattered between the two blocks that hold them in a vice.

Unless, that is, Pécresse manages to reverse the trend, capitalise on the centre, and perhaps win the presidential election, which she’s still able to do by proving she’s better at running the country than at making speeches, as she likes to say.

And this could put the option of a liberal, republican government right back in the game.

Food producers have joined the choir of those against moving the bulk of EU competencies on geographical indications (GIs) from the European Commission to the EU’s intellectual property office (EUIPO).

Some troops in Russia’s military districts adjacent to Ukraine are returning to their bases after completing drills, Russia’s defence ministry said on Tuesday (15 February), a move that could de-escalate frictions between Moscow and the West.

Anti-LGBTI rhetoric is on the rise across Europe, according to a report published on Tuesday (15 February) by ILGA-Europe, an advocacy group. At the same time, numbers show public opinion has also shifted positively towards the community, most notably in Hungary.

The DiscoverEU youth travel programme will be expanded this year, with 10,000 additional rail tickets available to young people from an expanded set of countries.