The Brief – Language of Trump clouds the race for the Élysée 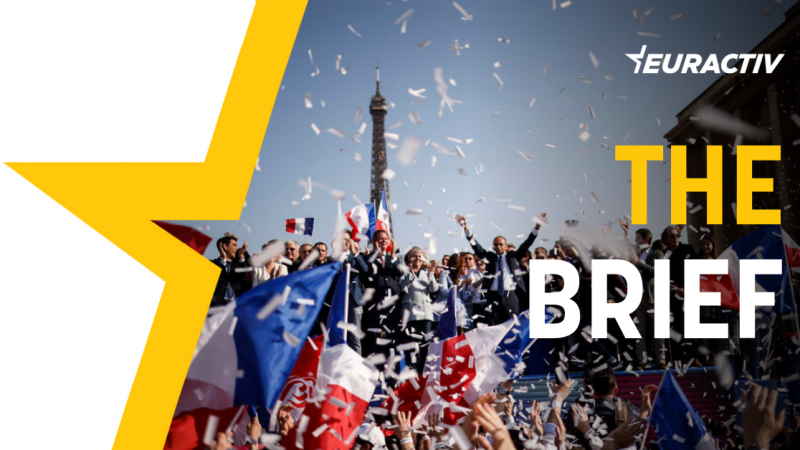 With the French presidential elections approaching on 10 and 24 April, the idea that the ballot could be stolen or rigged is gaining traction, a claim advanced by candidates from across the political spectrum who either seek to distract and manipulate or sincerely believe in this.

But stolen by whom? On this point, none of those crying foul are clear.

The far-right candidate Éric Zemmour fanned the crowd at a rally last Sunday, assuring them that he will “wash away the affronts of the right, the affronts of the people who have the legitimate feeling that they have been robbed of their vote for too long” adding that “the hidden vote” will reveal itself on 10 April.

Earlier in the week, the conservative candidate Valérie Pécresse urged her supporters not to “let themselves be robbed of the election”.

And then, there is the sovereignist Nicolas Dupont-Aignan, who has repeatedly complained of a “rigged election from A to Z”. He would have become Marine Le Pen’s prime minister in 2017, had she won…

Since then, he has wallowed in conspiracy and anti-vaccine theories and peddled arguments of the Kremlin.

His Trumpian approach has been quite consistent, crying foul in advance – just as the former US president did ahead of the 2020 elections.

So, too, did the radical left candidate Jean-Luc Mélenchon predict in the summer of 2021, that “in the last week of the presidential campaign, we will have a serious incident or murder”. His comments were dismissed by the entire political class and described as “a mixture of paranoia and conspiracy” by Marlène Schiappa, a minister in charge of citizenship.

Now, we don’t know who will win. Even if Emmanuel Macron is the heavy favourite at this stage, his victory cannot be taken for granted. Especially since the French have a tendency to cut heads off – figuratively speaking. Of the four presidents before Macron, only two were re-elected.

More than a third of voters are not sure of their choice, so everything can still change very quickly, and the surveys could be proven wrong.

Add to this some lovely sunshine on D-day, and some of the less politicised or less convinced French citizens may prefer to go away for the weekend rather than go to the polls… And this adds another layer of uncertainty.

Le Pen has never been so close to victory – and Macron’s teams worry about this, both on TV and “off the record”. Mélenchon is also making slow but steady progress and could spring a surprise.

Regardless of who wins, to suggest that the election is rigged is irresponsible, increases the sense of public distrust in institutions and only adds more fuel to the already heavy political climate in the country.

With activists pumped up and convinced that they have been cheated, a ‘Capitol Hill mob scenario’ is not impossible.

Maybe not in the same form, but we may have forgotten too quickly the massive demonstrations of the Gilets Jaunes, when citizens, angry at the system and demanding to be heard, occupied the streets of Paris every Saturday for months.

One of their leaders, Priscillia Ludosky, has already warned that “if Macron is re-elected, there is a strong chance that I will call on people to take to the streets”.

The future president will have an important task – to reconcile and heal a country that will emerge fractured from this election, and to think of a new, fairer, and more representative regime, far from the ‘republican monarchy’ that the Fifth Republic is accused of being.

But they will not be able to do this if other politicians and commentators continue to ‘Trumpify’ political life.

Read this article as part of our special report Food sovereignty and the war in Ukraine: While the EU has banned the import of potash, a key mineral fertiliser, from Belarus as part of the sanctions regime, test drilling for additional potash mines in Eastern Germany looks promising.

EU lawmakers have been spammed with hundreds of emails from the crypto community attempting to influence a key committee vote on Thursday regarding the information requirements on the transfers of cryptocurrencies.

Faced with soaring electricity prices, the French government has introduced a tariff shield for the year 2022 to protect the most vulnerable households. However, this measure will not last forever, the spokesperson for French election candidate Valérie Pécresse said.

When Bulgaria joined the European Union in 2007, the Russian ambassador to NATO and the EU named it one of the Kremlin’s “Trojan horses”, referring to the power Russia could exert on the EU through its new ties to Brussels.

EU lawmakers quizzed the European Commission executive vice-president, Margrethe Vestager, about new guidelines that would enable self-employed people to seek the protection of collective bargaining agreements, with both sides agreeing that such a right should be guaranteed.

Giving citizens a say in decision-making beyond elections can help the leadership make better decisions, but sharing power requires a clear division of roles, politicians and experts have said.

As every Wednesday, don’t forget to check out our Green Brief and the Health Brief, the weekly round-ups of policy news.