The Brief, powered by APPLiA — Can conservatives bring back central eastern Europe? 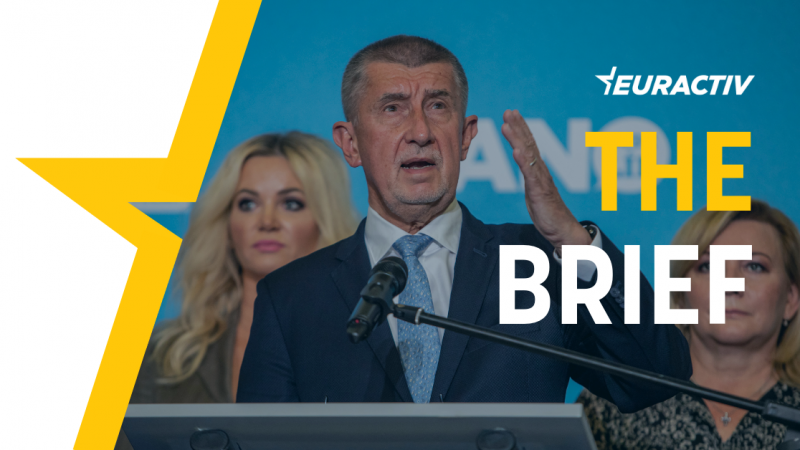 The defeat of Andrej Babiš in Czechia and the resignation of Austrian chancellor Sebastian Kurz were hailed by many as a win for Europe’s progressives. What is missed in these arguments is that there are only conservatives in line to replace the populists.

Seeing last week’s surprise electoral defeat of Babiš’s ANO as a win for those who dislike the right misses the fact that the Czech executive now is likely to go from the liberal pro-European Renew family to an uneasy coexistence between conservatives, Eurosceptics, and left-leaning parties.

There is no doubt that membership in the pro-European liberal party family did little to rein in Babiš’s critical stance of Brussels, as these political groups, often driven by those in Western European capitals, are quick to turn a blind eye when it comes to bad seeds in their own ranks.

But it is worth noting that the conservative SPOLU alliance — which took 27.8% of the vote (to ANO’s 27.1%) and is likely to be in the driver’s seat of the new government in Prague — is led by the Civic Democratic Party (ODS), whose four lawmakers in the European Parliament share a group with the Polish nationalist, Law and Justice (PiS) party.

Of course, belonging to the Eurosceptic European Conservatives and Reformists (ECR) group does not mean that the Czech government is likely to continue to butt heads with Brussels, especially since ODS has partnered up with TOP09, a strongly pro-European force.

One thing is clear, however: following the mismanagement of the pandemic by the ruling elite and the uncertainty caused by the economic fallout from the pandemic, the majority of Czech voters decided to put their country’s fate into the fiscally conservative hands of the centre-right.

Analysts are already pointing out that Babiš’s defeat will weaken the link between Prague and Budapest, but is worth noting that Hungary’s Fidesz might have its hands full next year with a home-grown conservative problem.

After the surprise performance of Hódmezővásárhely independent mayor Péter Márki-Zay in the first round of the opposition’s primaries – choosing who will go head to head with Viktor Orbán next spring – Márki-Zay managed to oust the European progressives’ favourite, Budapest’s green leader Gergely Karácsony.

Christian conservative Márki-Zay has since been backed by young liberals and those who believe that if his opponent, social democrat Klára Dobrev, spouse of hugely controversial ex-prime minister Ferenc Gyurcsány, wins this weekend’s primaries, Orbán’s Fidesz will win again.

Meanwhile, things are looking even more complicated in Poland. Despite their failure to oust the ruling PiS and their right-wing coalition, one has to keep in mind that former European Council president Donald Tusk’s Civic Platform comes from conservative roots.

We are, of course, yet to see how the Czech coalition talks, Hungarian elections, and Polish rule of law tussle will work out.

But the next time Central and Eastern Europe heads to the polls, remember that the ODS’s electoral motto – Let’s keep our country “in the West” – amplified by ‘traditional’ conservative voices may prove to be just the ticket to oust the illiberals.

A message from APPLiA: Circular economy is a whole principle and recycling is an important step of it.

One Serb was shot and six police officers were injured on Wednesday after police fired tear gas to disperse a hostile crowd during raids on suspected smugglers in a volatile area of Kosovo populated by the Serb minority. A statement from Kosovo police said officers responded when protesters in Mitrovica used hand grenades and stun grenades against officers.

Experts say the EU’s Anti-racism Action Plan aligns well with the United Nations’ report on racial justice, but an integrated approach is still needed in order to put the plans into practice without national governments evading accountability. Fadzi Wahnde, a senior UN human rights advisor, says the reports come at a “very timely moment, considering the impact the topic of racism had on a lot of people on a global level.”

Eleven years after the EU and South Korea signed a free trade agreement, South Korean Trade Minister Yeo Han-Koo gave an overall positive assessment of the agreement, but is seeking to modernise it by including investment protection and new technologies. “We need partners who share our fundamental values, like the European Union,” he said.

Media freedom is declining in Albania, and various journalists and media organizations have called on the European Commission to intervene. Officials say they are “monitoring” the situation and “[have] strongly recommended that any possible changes to media law should be in line with Venice Commission opinion and European standards.” But is the Commission doing enough?

And amidst the overall decline in Balkan media freedom, former BBC chief Peter Horrocks says he regrets the 2012 closure of the BBC World Service in the region. In hindsight, this decision appears controversial, and “ I ask myself now what has gone wrong,” Horrocks said.

Russia has not been invited to attend a 30-country virtual meeting led by the United States that is aimed at combating the growing threat of ransomware and other cyber crime. “We are having active discussions with the Russians, but in this particular forum they were not invited to participate,” the senior administration official said.

And as international pressure on Apple increases over accusations of ‘anti-competitive practices,’ the tech giant continues to push back against alternative app stores and sideloading in the name of user security.

A draft decision from Ireland’s Data Protection Commissioner (DPC) endorsing Facebook’s legal basis for processing personal data has been met with criticism by a data protection activist who says the platform is trying to bypass EU privacy laws.

The European Commission has unveiled its “toolbox” of measures which EU countries will be able to draw from when responding to rising energy prices in the short term, while pointing to an upcoming gas market reform for measures to be considered in the long term.

And in a joint paper sent last week, eleven European countries have called on the European Commission to put forward ambitious measures to crack down on waste in the textiles industry in its textiles strategy. The countries say this is needed to achieve Europe’s climate ambitions and help its textile industry become more competitive and sustainable.