The Brief, powered by EPRA — Europe’s squeeze on sleaze 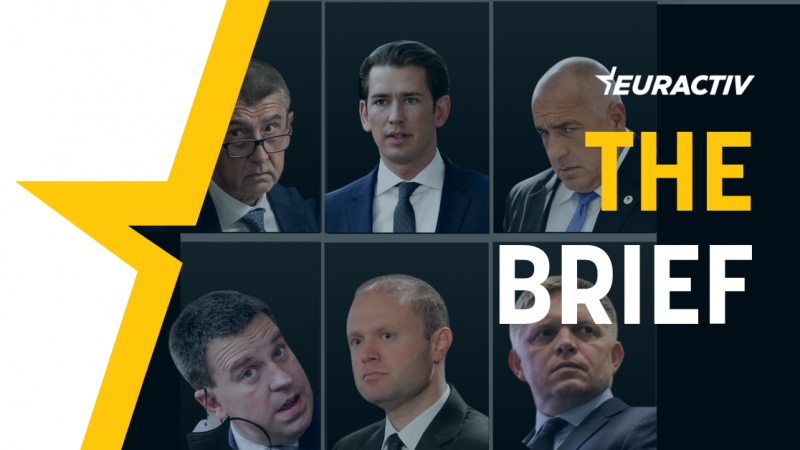 Is the sudden departure of a number of prime ministers, who have faced accusations of corruption, just a coincidence?

Another one bites the dust… Czech PM Andrej Babiš was the latest in a series of EU leaders to lose power after allegations of graft.

After an election where his party emerged as the largest, he conceded that he might not be able to form a government, while two opposition coalitions, the centre-right Together and the liberal Pirates/Mayors, who won 108 seats between them in the 200-seat lower house of parliament, said they want to form a government together.

Babiš, who was named in the Pandora Papers, steps down after four years marked by accusations of conflicts of interest and misuse of EU funds. He denies any wrongdoing, but the European Commission halted payments of subsidies to his company, Agrofert, and some other payments.

His departure almost coincided with the resignation of Austrian PM Sebastian Kurz over allegations of corruption and bribery – using tax money to pay for polling that painted Kurz in a favourable light. Kurz also denies any wrongdoing.

Before these two, Bulgaria’s long-serving Prime Minister Boyko Borissov also lost power, although his party topped the polls in the April election and ranked second in July.

The problem for Borissov, as with Babiš, is that no other political party wants to be in a coalition with him. Allegations of corruption have weighed heavily on Borissov since leaked photos showed drawers in his bedroom, filled with bundles of €500 notes and a few gold ingots.

But there is more. On 13 January, Estonia’s Prime Minister Juri Ratas stepped down after a corruption investigation was launched into his Centre Party over alleged ties with a property firm.

Maltese Prime Minister Joseph Muscat resigned in December 2019, after daily demonstrations over accusations that he interfered on behalf of his protect associates in an investigation into the 2017 murder of anti-corruption blogger Daphne Caruana Galizia.

Muscat’s chief of staff, Keith Schembri, a childhood friend, was convicted of corruption in relation to the case.

Slovak Prime minister Robert Fico resigned in March 2018. His populist-left Smer-SD was in power when the investigative journalist Jan Kuciak was murdered. The journalist had been preparing to publish a story on alleged ties between Slovak politicians and the Italian mafia.

By the way, none of the six prime ministers named here has been convicted of any crime.

And it makes no difference if you are from the East or the West, the South or the North, the EPP, the S&D or Renew, as the six examples illustrate.

The author of this brief doesn’t believe that power necessarily and invariably corrupts.

It only shows that power often corrupts and that sometimes, when democracy works, leaders get ousted.

According to outgoing Eurochambres president Christoph Leitl, the EU needs to prioritise “trade agreements with all parts of the world. And I stress all parts of the world.” In an interview with EURACTIV, Leitl also criticised the EU’s “wishful thinking” on climate targets, which he worries will make it impossible to manage the energy transition.

The UK-hosted COP26 climate summit is “mismanaged” and “very last minute,” according to formal complaints from various sponsors of next month’s event. Sponsors have sent two co-signed letters to the organisers, detailing delayed decisions, poor communication and a breakdown in relations between the organisers and firms.

And leaders of Germany’s likely three-armed coalition have reached a preliminary agreement including plans to end the internal combustion engine and take an assertive stance on the rule of law in the EU. Following final confirmation from the FDP, the three are set to soon enter formal coalition talks.

US-based farmer Aaron Barcellos says farming sustainability protocols can be an invaluable tool for farmers to tell their story and pass their farms on to future generations. The fourth-generation farmer runs a family farm along with his brother, and has signed up for the US Cotton Trust Protocol (USCTP) in order to ensure increased sustainability and future opportunities.

Twenty EU countries are calling on the European Commission to step up action on the crisis-ridden pig meat sector, struggling with disease and the COVID-19 pandemic, with farmers’ associations calling it an “existential threat to all farms.” The countries have urged the Commission to make possible exceptional market measures in the pig meat sector, as industry profit margins are at their lowest in a decade due to low producer prices and high feed costs.

Polish Prime Minister Mateusz Morawiecki has warned fellow EU leaders that the EU is at risk of unraveling if there is no “democratic control” over its institutions. He asked EU leaders to protect the sovereignty of member states and said Poland would remain a “loyal member” of the bloc.

Russia has suspended its mission to NATO and NATO’s diplomatic mission in Moscow, after the transatlantic alliance expelled eight “undeclared Russian intelligence officers” earlier this month. At the time of Foreign Minister Sergei Lavrov’s announcement, NATO said it had not received an official notification from Russia.

Five months into Croatian Prime Minister Andrej Plenković’s second mandate, his party has found itself in a singularly comfortable position as its fragmented political opposition sinks to historic lows. Analysts believe that Plenkovic can count on a third term, particularly if he succeeds in joining the Schengen area and adopting the euro.

Attacks against female journalists increased by 16.7% in Europe in the first nine months of this year compared to the total recorded throughout 2020, according to a new report from the Coalition for Women in Journalism (CFWIJ). In reality, the number of attacks on female journalists is probably even higher, because “many think that it is ‘part of the job’,” according to Camille Petit of the European Federation of Journalists (EFJ).