The Brief, powered by Facebook — A bittersweet goodbye for Merkel’s first man 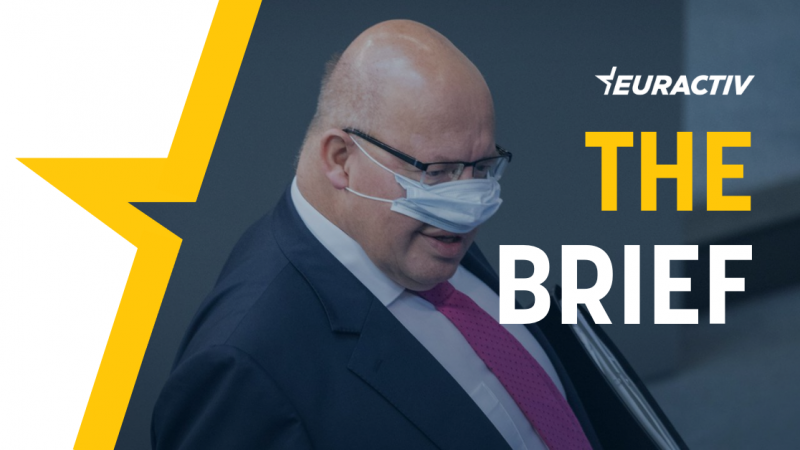 Besides Angela Merkel’s husband Joachim Sauer, no one else has been closer to the Chancellor than Peter Altmaier, the current caretaker minister of energy and economy. Altmaier is one of the very few German politicians on a first name basis with Merkel.

Once a “wild youngster” with dreams of getting the conservatives and the Greens to get along better (at the time a very ambitious notion), Altmaier must now contend with a somewhat mixed legacy as he leaves the Bundestag after 27 years.

Altmaier began his career as state secretary in the interior ministry in 2005 and graduated to become Merkel’s point-man in the refugee crisis, following a short stint as minister of the environment. The veteran of consecutive Merkel governments is now finishing his career as economy minister.

One of many powerful conservative politicians above the age of 60, Altmaier made waves in the past month when he joined failed party chief Annegret Kramp-Karrenbauer in relinquishing their Bundestag mandates to push the party to renew itself.

Out of the Bundestag, and with his CDU party likely to end up in opposition, the move effectively ends Altmaier’s career.

In Germany, environmental organisations and the Greens have long accused Altmaier of being champion of industry at the expense of environmental concerns.

His critics were stunned when he recommended that the incoming German government should abolish the renewable energy levy by 2025, the main driver of electricity prices in Germany, as Altmaier had failed to tackle the issue during his four-year term.

In 2018, Altmaier lobbied against ambitious EU goals to share renewable energy in the bloc’s energy mix, something he feared would cost German taxpayers.

“I ask for your understanding that a minister must follow the will of the government,” Altmaier told journalists on Wednesday (27 October) when asked by EURACTIV whether he considered his lobbying at the energy council in 2018 a mistake. He explained that climate action carried a cost and would impact German competitiveness.

Ultimately, Altmaier’s service to German competitiveness and quality of life marked much of his time as minister of economy and energy, which in turn led observers to criticise the slow expansion of renewables.

Altmaier is another case of an ambitious politician whose initial commitment to championing environmentalism did not hold up over time.

Yet his decision to relinquish his parliamentary mandate and exit politics alongside Merkel to make way for a younger generation offers a glimpse of a more idealistic Altmaier. This is a man who appears almost bittersweet in the face of the challenges that realpolitik has forced upon him.

“Do it well and better,” were Altmaier’s final words as a parliamentarian. Not as a minister, he clarified to journalists when asked by EURACTIV.

As Poland’s row over judicial independence continues to escalate, the EU’s highest court has imposed a €1 million daily fine on Warsaw for not implementing its summer orders. Meanwhile, Poland accuses Brussels of blackmail over its attempts to attach strings to the disbursement of already earmarked COVID cash.

Bulgarian President Rumen Radev is the current favourite to win a second term in the 14 November election. But the problematic COVID-19 situation and discontent over the recently introduced Green certificate might influence the outcome.

With the help of a newly proposed banking package, the European Commission is trying to find a balance between increasing financial stability, protecting bank profits, and sustainability concerns. The proposed implementation of the higher capital requirements is spaced out over several years.

The ability of geothermal energy to provide baseload electricity and flexibility to heating and power systems will be invaluable in order to move towards net-zero goals, experts say. Geothermal plants involve high upfront investment costs, but new drilling techniques and the urgency to decarbonise heating systems are providing new momentum to the industry, which has plans to rapidly scale up.

Speaking of climate neutrality: the concept of closed-loop recycling is introduced in the new EU Circular Economy Action Plan, which is one of the main building blocks of the European Green Deal. But what does that all mean?

As the debate on fossil fuels continues to heat up, Irish minister of state Ossian Smyth says the EU needs to increase its renewable energy capacity, become more self-sufficient in energy production and move away from foreign-controlled fossil fuels. Smyth is one of the signatories of a joint paper supporting the internal energy market.

EURACTIV travelled to the Una Sana canton in northwestern Bosnia in mid-October for four days to interview institutional and non-governmental actors to present a clearer picture of the migration situation on the EU’s external border. For more, check out EURACTIV’s special report.

The European Commission will reinstate operating grants for health NGOs in the EU4Health programme, Health Commissioner Stella Kyriakides promised. European health NGOs joined forces in an online campaign this week, in an attempt to reinstate structural funds in the new programme.

Digital giants could soon be fined at least 4% of their annual turnover for failing to comply with the Digital Markets Act (DMA). The DMA was proposed by the Commission last December, to regulate digital markets and to provide a clear framework to prevent digital giants, the so-called “gatekeepers,” from anti-competitive practices.