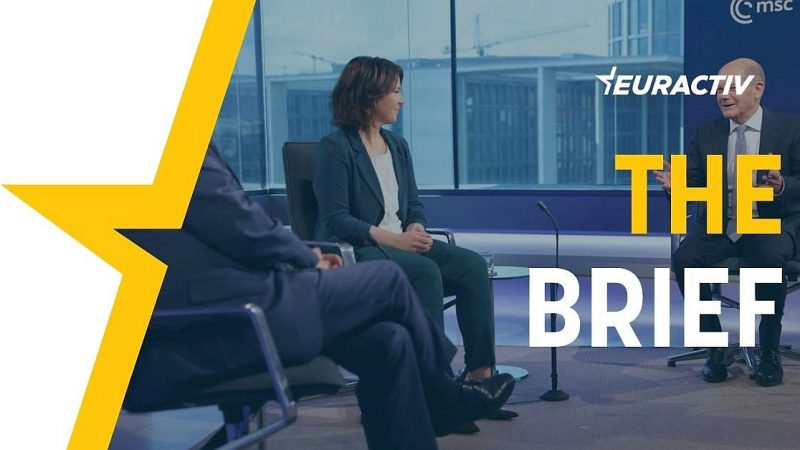 Two and a half months before the German parliamentary election, the campaign is stuck in a maze of political misgivings, ranging between bad taste and mud-fight, abounding in everything but content, it seems.

To be perfectly clear: cheating on your doctoral thesis or book, even if inadvertently, is a bad looks, especially for German politicians. Cue: Plagiarism accusations levelled against Green leader Annalena Baerbock.

In Germany it has become part of the political culture that every time elections come around, politicians think they need to publish a book – often ghost-written – to profile themselves.

And ghostwriters, well … for them, time equals money, so you only can trust that they do their job well and bear the consequences if they don’t.

However, this affair aside, the election campaign has become a debate about anything but content.

President Frank-Walter Steinmeier has warned parties “that they may have to sit down together again“ after votes are cast in the country’s upcoming elections.

“I’m worried it might turn into a mud fight. At the present time, I don’t believe we’re yet at the point where the federal president has to issue a public warning,” Steinmeier told public broadcaster ZDF earlier this week.

Outgoing Chancellor Angela Merkel hardly engages in anything campaign-related. She is finishing her last mandate with modest ambitions: a few state visits and summits here and there.

But the political parties vying for voters’ attention? To careful observers, it might seem that some of them have forgotten how to run a good election campaign, after 16 years of futile efforts to unseat Merkel.

What’s the current state of play?

The Greens are having difficulty getting through with content, just two and a half months ahead of polls that have been dubbed a ‘climate election’, grappling instead with the Baerbock plagiarism affair.

It is quite possible that they might not recover in time for the election, as even traditionally supportive left-wing newspapers like the taz have started writing off the Green candidate.

Signs are there that ordinary voters are not fully embracing the green narrative of an honest young candidate who stands for change and renewal. The only difference – it turns out – is that, with the other parties, there have been no illusions in the first place.

The CDU’s top candidate Armin Laschet, meanwhile, is gaining ground on the Greens, who fell below the 20% mark for the first time this week since the beginning of March, according to most of the latest polls.

Political commentators believe that if nothing else blows up, it is not unlikely his party might somehow be part of the new government in the end, but will he himself take part?

And after the mask acquisition scandal that shook the CDU a few months ago, the Conservatives are drowning in criticism over their election campaign posters: too white, too non-diverse and… too fake.

The motives – policewomen, caregivers or roofers – have come under fire for not being depicted by real people working in their real professions, but by disguised CDU party members.

In addition, Laschet is also criticised even in his own ranks because he has not clearly distanced himself from controversial ex-constitution protection chief turned MP, Hans-Georg Maaßen, and his right-wing views.

The SPD, current polling third with some 15%, largely keeps its distance from any debate. The top candidate, current finance minister Olaf Scholz, instead profiles himself as one of the ‘doers’, dubbed as one of the fathers of the potentially soon-to-be sealed global tax.

Politikverdrossenheit (disenchantment with politics) has grown over the past years, and dangerously so with COVID-19, with 84% of those under 26 feeling abandoned by their government, according to a recent survey of the Generation Stiftung.

Green transition, post-COVID economic recovery, and immigration are topics voters deeply care for, but so far have been sidelined in the public debate.

One can only hope that the last weeks of the campaign will be less about personal misgivings and more about content.

Transnational election lists and the Spitzenkandidaten system used during the EU elections to nominate the bloc’s leaders are no “miracle cures” to the “democratic deficit” in the EU, according to an information report presented by French senators on Tuesday (6 July). EURACTIV France reports.

The farming sector should be made financially responsible for pollution, especially water pollution, according to a new report by the European Court of Auditors, an idea welcomed by the EU’s Agriculture Commissioner.

UK plans to follow the lead of Denmark in seeking to establish offshore asylum processing centres have been met with swift condemnation from civil society groups and lawyers who argue that it would breach the country’s international obligations on refugees.