The Brief – Putinism as ideology 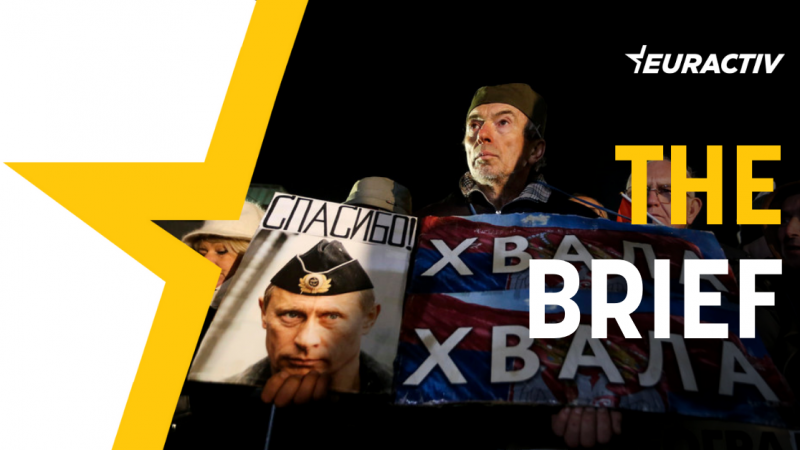 In both elections, the autocrats, Aleksandar Vučić in Serbia and Viktor Orbán in Hungary, both personal friends of Russian President Vladimir Putin, won resounding victories.

In both countries, the local autocrat controls most of the media, which, just as in Russia, creates a narrative very different from the perceptions of Europeans in Brussels, Paris or Berlin.

If elections were held in Russia today, Putin would win big, his approval rate being 83%, according to a credible pollster. Pundits in Belgrade say that if Putin ran for elections in Serbia, he would win 70% of the vote.

Take my word for it – media play a significant role here.

When a leader with authoritarian ambitions stays in power too long – Orbán has been the top dog since 2010 and Vučić since 2014 – they capture state-owned and private media, which then start to reproduce their narrative.

Opposition and critical voices find themselves with less of an audience across print, online, and broadcast media.

According to such narratives, a ‘strong man’ is what the respective country needs, national interest has priority over international obligations, and the preservation of traditional family values plays a significant role in opposition to the ‘wokeness’ of the West.

We are speaking of an ideology shared by most people in countries like Russia, Serbia, and Hungary, and many (but not a majority) in Bulgaria, Italy, Slovakia, and Slovenia, to name but a few.

By the way, Slovenians will vote in parliamentary elections on 24 April, which the incumbent Prime Minister Janez Janša, a great admirer of Victor Orbán, hopes to win again.

In some of these countries, there are political parties that see Putin and Orbán as heroes and sources of inspiration.

This continues despite the horrendous aggression of Putin’s army against the once brotherly nation of Ukraine.

When Orbán won the elections for the fourth time, he gloated at the EU, saying that this victory was “so big, that it can be seen even from the moon, but definitely from Brussels”.

And because Orbán won against Brussels, the EU has a problem. Orbán can veto any decision in the EU and NATO. He would veto not only Ukraine’s NATO accession (which is not on the cards anyway) but a more probable NATO accession of Sweden or Finland.

Here we are speaking only of Europe. Putinism, as an ideology based on the rejection of the West, is shared on a global scale, but this invites a separate commentary.

Many thought the Soviet Union was based on ideology and collapsed because, at some point, communism was no longer attractive – especially for those living under it.

But Putin’s Russia, which wants to rebuild the USSR at the price of bombing those reluctant to re-integrate, has built another ideology that has nothing to do with Marxism or Leninism but lures people in just the same way.

The symbols of communism were the red flag and the hammer and the sickle. Today’s symbols are the Ribbon of St. George and the letter Z, reminiscent of the swastika.

There is a difference, though, and this writer of the Brief remembers. Believers in communism read a lot of books. Believers in Putin are happy with Facebook.

The German government has warned of Russia’s destabilisation strategies, possibly challenging peace and stability in the Western Balkan region, most notably in the already dysfunctional Bosnia and Herzegovina (BiH).

A speech by Ukraine President Volodymyr Zelenskyy to the Greek parliament on Thursday was overshadowed by the inclusion of a video message from the far-right militia group, the Azov Battalion, that was addressed to lawmakers.

Europe must speed up the rollout of renewable energy and energy efficiency measures in response to Russia’s invasion of Ukraine, according to eleven EU countries.

Meanwhile, in Germany, biomass will be used to meet particularly high energy demands, according to the German government’s so-called “Easter Package”, which aims to use agricultural raw materials for energy production in response to the war in Ukraine.

European health agencies said that the fourth dose of mRNA COVID-19 vaccination, also known as a second booster shot, is currently only being considered for people who are immunocompromised or over 80 years of age.

Amid growing interest in plant-based diets, European cultivated meat companies are preparing to take their first steps towards EU approval, but some warn the technology could do more harm than good.

The European Commission has opened applications for free DiscoverEU passes, which will allow 70,000 18-year-olds to explore Europe by train.

Finally, don’t miss our latest Economy Brief for a weekly roundup of all economy-related news.