The Brief – The death of the French right? Not so fast 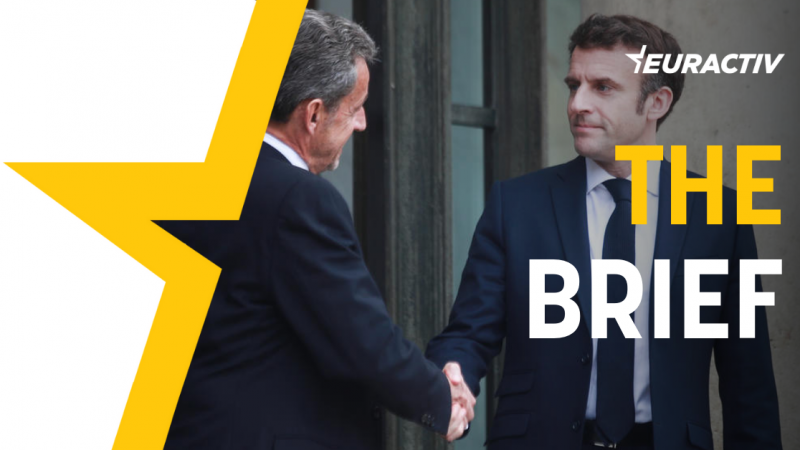 Between the historically low score for Les Républicains in the first round of Sunday’s presidential election and the loss of ideological bearings, the death certificate of the great party of the French right seems to have been signed.

Translated into figures, the party, which alternated with the Socialists in power for most of modern France’s history, took only 4.79% of the votes, compared to 20% in 2017 under François Fillon.

Part of the problem comes from the disconnection between the executives of Les Républicains and their electorate.

Throughout Emmanuel Macron’s mandate, right-wing voters have recognised a capacity for reform in the young president, who calls himself ‘neither of the right nor of the left’, while remaining wary of him.

At the same time, the Republican MPs and party executives spent their time systematically opposing any project carried out by the government, on the sole pretext that it was not on their political side. Those who called themselves ‘constructive’ ended up being absorbed into the coalition that today supports the incumbent president.

No work was really done to build an alternative to the government and so the electorate was driven into the arms of Macron.

Then came the presidential election campaign. First, the candidate, Valérie Pécresse, was chosen very late, in December 2021, while Marine Le Pen and Jean-Luc Mélenchon – who eventually finished in the top three – started campaigning about a year in advance.

A series of dramas followed: Pécresse was nominated almost out of spite against the other finalist, Éric Ciotti, whose radicalism flirted with the extreme right.

So Pécresse, a Chirac supporter from the centre-right, gradually radicalised her discourse in order to distinguish herself from Macron, to whom she was thought to be too close ideologically, and to stop the haemorrhaging of voters towards the far-right Éric Zemmour.

Not only did she become more radical on the themes of identity and immigration – discussed in a previous Brief – but she maintained an ambiguity on themes that are central to the identity of the traditional conservative right.

For instance, Pécresse proposed to make national law superior to European law when it comes to some decisions of European courts, echoing proposals previously made by… the far right.

The vice she was caught in held tight, and she received little help from her own party, which had pushed her towards these positions and then piled criticism on her, on and especially off the record.

The right continues to live with Emmanuel Macron, and it is doing well.

But the rallying of many public officials on the right in support of Macron ahead of the first round showed that the electorate was shifting to the president, not to mention those already poached from the party ranks at the start of Macron’s mandate: Bruno Le Maire, Edouard Philippe, Gérald Darmanin, all powerful ministers in Macron’s government.

In the last weeks of the campaign, calls to build a majority with Macron from some right-wing MPs, as well as the deafening silence of former president Nicolas Sarkozy, finished off Pécresse’s candidacy.

Sarkozy, a former president for Les Républicains, has just announced that he will vote for Macron in the second round. That is hardly surprising, given the alternative.

But the content of his communiqué summed up everything that is wrong with the Republicans:

“Emmanuel Macron […] has the necessary experience in the face of a serious international crisis […] his economic project puts the valorisation of work at the centre of all his priorities […] his European project is clear and unambiguous”.

The passage in which Sarkozy affirms the need to “get out of habits and partisan reflexes” puts the final nail in the coffin of the Republicans.

And there was also a friendly reminder to Les Republicains’ officials, who refused to issue a voting instruction for the second round. “You can never go wrong by choosing clarity and constancy,” the former president concluded.

Last Friday, when Pécresse declared that she would not give a voting instruction if Macron and Le Pen qualified for the run-off, I contacted a former right-wing executive who had joined Macron.

He replied with a text message, a quote from Jacques Chirac: “Never deal with extremism, racism, anti-Semitism or rejection of the other. In our history, extremism has almost led us to the abyss. It is a poison. It divides. It perverts, it destroys. Everything in the soul of France says no to extremism”.

Chirac would never have hesitated and would have given a clear voting instruction, as Sarkozy did.

For the first time, we see a major break with tradition of a political family that has always called for a barrage against the extreme right and has always fought against it.

The Republicans appear to be imploding but the ideas of the republican right continue to live on, and prosper. The problem is that it is Macron who has captured them.

With the ink on the fifth package of sanctions against Russia barely dry, the EU must include oil in the sixth package, Ukrainian President Volodymyr Zelenskyy said while addressing Lithuanian lawmakers on Tuesday (12 April).

This article is part of our special report Wind power’s contribution to Europe’s energy independence: Europe’s wind power industry faces a new challenge as while the EU wants to build up its renewable energy capacity and break free from Russian fossil fuels, problems in the industry’s supply chain could hamper that.

EU agriculture ministers and MEPs from European Parliament’s agriculture committee want to see farmers’ interests included in the new framework for land-use emissions, a responsibility that falls to their ‘environment’ colleagues.

Far-right French electoral candidate Marine Le Pen is the favourite candidate of the Yellow Vest protest movement, a study published a day after the election’s first round has found.

How can online platforms that seek to maximise profits be made compatible with or even foster consumer protection, democratic processes, and worker rights? For European lawmaker Tiemo Wölken, the short answer is regulation.

As always on Tuesday, don’t forget to read our weekly Transport Brief, this time about caviar and Russian oil.