The Brief – The virtue of imitating Merkel? 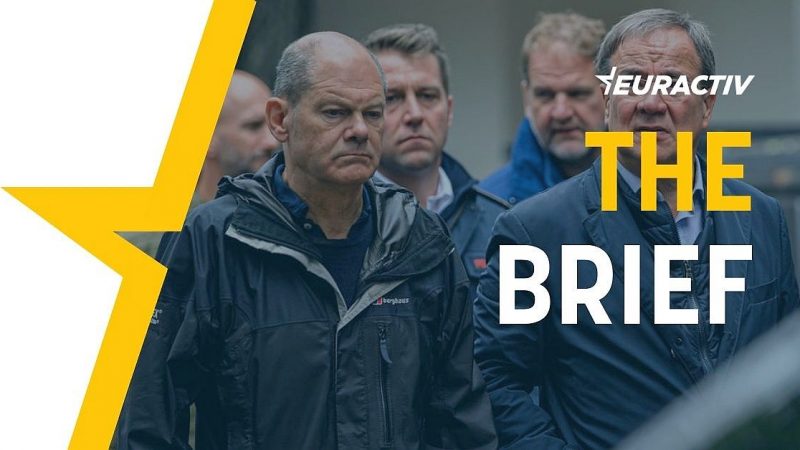 It was supposed to be the most important and intriguing German election in 16 years. After all, Angela Merkel, easily Europe’s most influential political figure in the 21st century, is leaving the political stage for good.

However, the election campaign so far does not really reflect this historic shift. Instead, it looks more like a contest of Merkel imitators, lacking substance and vision, with none of the candidates really having a clear stance on topics or trying to foster a lively debate.

So uninspiring are the candidates that the German newspaper die Welt has questioned whether this election is the most boring Bundestagswahl in German history.

The term “sleeping-car election” is currently the buzzword doing the rounds.

The only candidate offering an innovative platform and not trying to act Merkel-like – Green candidate Annalena Baerbock – has gambled away her favour among voters in a series of scandals, ranging from forgery of her résumé to plagiarism.

Even more: her performance thus far leaves the impression that a vote for change is like a vote for incompetence.

However, the main reason for the uneventfulness in the German election lies in the historic situation Germany finds itself in. It is the first time since 1949 that an incumbent Chancellor is not running for office again.

An election campaign usually consists of the contesting party maligning the wrongdoings of the incumbent chancellor, but this isn’t an option this time around.

As Merkel was widely popular among Germans, the best strategy of the lead candidates is to try to emulate Merkel as much as possible and convince voters that they are the true heir to her legacy.

The conservative CDU/CSU is well aware of this fact. One of their main strategies to sway voters from the Social Democrats is to accuse their lead candidate Olaf Scholz of “legacy hunting” and to convince the electorate that Scholz is not as Merkel-like as he presents himself.

The candidates of the CDU and SPD have also adopted Merkel’s strategy of being as vague as possible on many political subjects.

After all, what does Merkel truly stand for? She is a conservative politician, yet she paved the way for gay marriage. She opened the gates for refugees during the crisis of 2015 but is far away from advocating a European open-door policy.

Her political strategy could be defined as a ‘strategy of opacity’: Never too outspoken about political issues yet appealing to as many voters as possible.

This hesitancy to pick a clear stance is also visible with the CDU/CSU chancellor candidate Armin Laschet. His political approach largely resembles his betting attitude. When asked which football club he is rooting for, he replied that he always bets on a draw.

This indecisiveness is perfect for his political strategy. After all, not rooting for anything means that you can’t alienate or anger voters in the process. However, it also means that it is more difficult to convince voters that he truly has a vision for Germany’s future.

After all, more of the same just doesn’t work so well if its architect is stepping down for good.

As children across the European Union are going back to school, the European Centre for Disease Prevention and Control (ECDC) is encouraging countries to “appropriately” balance children’s physical and mental health needs while ensuring COVID-19 prevention.

Certain fluorescent and halogen light bulbs are being banned as of Wednesday as new ecodesign and labelling rules come into force across the European Union.

The UK food sector has called for a new COVID-19 recovery visa to address workforce shortages but the government has been non-committal, stressing instead that it does not aim to rely on labour from abroad.

Google said on Wednesday it was appealing against a 500 million euro fine imposed by France’s antitrust watchdog in July over a dispute with local media about paying for news content.

Following the Georgian government’s decision not to take the second instalment of loan assistance worth €75 million from the EU, Brussels said on Tuesday that Tbilisi had failed to fulfil the reform conditions attached to the assistance, the latest sign of an increasingly rocky relationship.

Google will invest in the expansion of its cloud data centres and renewable energy facilities. The move has been presented as marking a further step towards Germany’s digital sovereignty.