The Brief – There is no medicine for regret 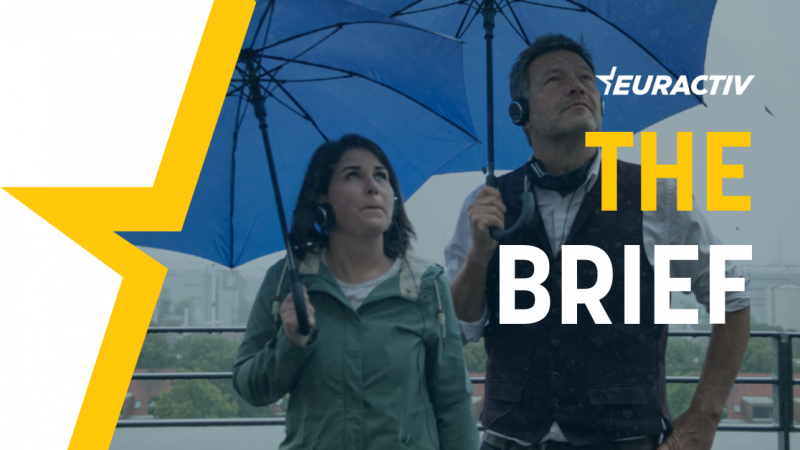 As Germany settles in for the summer and a heavy heat blanket slows political activity in Berlin down to a near standstill, many die-hard Green voters eyeing September’s election are heading to their vacation destinations – by train, of course – in a sombre mood.

Green supporters are used to disappointing performances at elections following political blunders. In the early 2010s, the Greens had been polling comfortably above 20%, then a misguided push to encourage a meatless menu once a week contributed to a crushing defeat in the 2013 election.

In 2017, the Greens disappointed supporters once more due to their lack of credibility in security matters. A party that had once stood for disarming the police turned out not to be a popular choice following the refugee crisis.

After every defeat, the Greens were able to lick their wounds and tell themselves that the events that had led to their defeats at the ballot box had either been out of their control or, at least, been set in motion with the best of intentions.

But that just makes this election campaign, which has taken the wind out of the sails of the initially dominant Greens, all the harder to swallow.

The Green high water mark was reached in mid-April, after party co-leaders Robert Habeck and Annalena Baerbock hashed out in private which of them should run to replace long-serving Chancellor Angela Merkel after she steps down in September.

“Annalena, the stage is yours,” Habeck said as he yielded the candidacy in what he later described as a painful gesture. Initially hailed as a strong contender to take the reigns of Europe’s largest economy, Baerbock soon found herself stumbling from one damaging faux pas to the next.

The list of blunders is long, from forgotten additional cash payments from her party, a massaged CV, plagiarism allegations, and a misjudged reference to a racial slur in an interview. (Baerbock was telling a story about a pupil refusing to complete an assignment containing the n-word.)

To make matters worse, Habeck’s presence is a constant reminder of what might have been if those backroom talks with Baerbock had turned out differently. Would Habeck have blundered this badly? Would the Greens still be in with a shot at the chancellery with him at the helm?

We will never know, though Habeck must now endure being asked at least once a week whether he will stage a coup and challenge Baerbock for the party’s candidacy.

For now, he seems committed to let Baerbock lead. Whether his time out in August, ahead of the hot phase in the race to succeed Merkel, will change his mind, remains to be seen.

The EU-wide exercise on the future of the bloc could give new impetus to the federalist-minded group in the European Parliament who have been struggling in the past years to connect with young Europeans.

TikTok has announced it is launching a new cybersecurity centre in Ireland, the first of a number of planned ‘Fusion Centres’ designed to respond in real-time to cyberthreats.

The European Commission has signed a joint procurement framework contract for the supply of a newly developed COVID-19 therapeutic currently under rolling review by the European Medicines Agency (EMA).