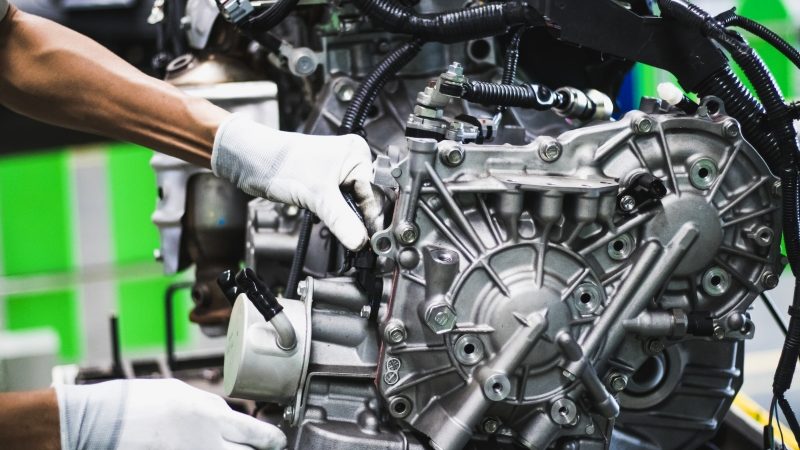 “Much of this policy advocacy has been able to happen in the background, while public attention is more focused on the consumer-facing auto brands," said InfluenceMap analyst Kalina Dmitriew. [Xbow / Shutterstock.com]

European auto parts makers are undermining efforts to decarbonise the transport sector by lobbying against climate-friendly EU policies, a new analysis by the climate thinktank InfluenceMap has claimed.

The organisations were given a D and D+, respectively, in InfluenceMap’s A to F scoring, indicating “obstructive climate policy engagement”.

The analysis is particularly critical of the organisations’ campaigns against the EU’s proposed plans to phase out petrol and diesel cars by 2035, and the promotion of e-fuels as a means to extend the life of internal combustion engine vehicles.

“This research highlights the climate policy lobbying efforts of an often overlooked part of the auto manufacturing supply chain. It shows that even though both CLEPA and Bosch claim to take climate change seriously, their actions risk undermining the EU’s policy efforts to decarbonise the transport sector,” said InfluenceMap analyst Kalina Dmitriew.

“Much of this policy advocacy has been able to happen in the background, while public attention is more focused on the consumer-facing auto brands. If the EU is to be successful in decarbonising the transport sector, it is likely all parts of the supply chain need to be involved and their advocacy properly scrutinised,” she added.

The EU is pushing for stricter emissions standards on internal combustion engine vehicles by 2030, with a proposed ban on the sale of polluting vehicles by 2035.

In emailed responses sent to EURACTIV, both CLEPA and Bosch questioned the framing of the analysis.

CLEPA emphasised its support for rapid electrification to reach climate objectives but reiterated the need for a “mixed technology” scenario, which would see electro-fuels used in petrol and diesel engines in addition to the roll out of electric vehicles.

“Achieving climate neutral transport is absolutely essential, and we believe this can only be reached through a mixed technology approach, allowing Europe to transition in an effective and efficient manner while preserving jobs, EU competitiveness, and consumer choice and affordability,” Filipa Rio, CLEPA’s head of strategic communications, told EURACTIV.

“Sustainable renewable fuels should be further incentivised and supported in EU legislation, not only for new car purchases but also to address the emissions of the 300+ million vehicles in the EU fleet. A manageable and just transition is necessary for a successful Green Deal,” she added.

Joern Ebberg, Bosch’s spokesperson on automotive technology, highlighted recent comments made by Bosch chiefs at the IAA Mobility Festival in Munich in 2021, in which the company agreed to the EU’s targets of a 55% reduction in CO₂ emissions from new vehicles by 2030, increasing to 100% by 2035.

The company sees e-fuels as a necessary option in areas in which electric vehicles may be difficult to roll out.

“In addition, low-carbon/carbon-neutral fuels can be used in countries in which the introduction of electromobility will be delayed somewhat as a result of the lack of recharging infrastructure,” he added.

In recent months, CLEPA has stepped up attacks on the EU’s push to end the internal combustion engine, warning that EU plans to ban the sale of polluting vehicles by 2035 would put half a million jobs in Europe at risk.

According to the trade association, around 600,000 automotive supplier jobs in the EU rely on the production of internal combustion engine powertrains.

“I believe there is not enough attention for the challenges associated with this transition. The emphasis often goes to the positives, of which there are many, but it doesn’t take away the fact that this transformation concerns real people and businesses,” CLEPA Secretary General Sigrid de Vries said in a statement.

“We see a focus on technology preferences, and we are concerned about the social dimension and the risks being downplayed,” she added.

InfluenceMap has challenged this, arguing that a Boston Consulting Group report found that an electric vehicle transition would create 581,000 new jobs in Europe by 2030 – far more than the 200,000 jobs by 2040 put forward by CLEPA.

For their part, automakers tend to be more sanguine about the EU’s push to essentially phase out the internal combustion engine across the bloc, no doubt observing electric vehicle maker Tesla’s recent $1 trillion valuation.

Volkswagen, for example, has announced it will end the sale of cars with internal combustion engines in Europe between 2033 and 2035.