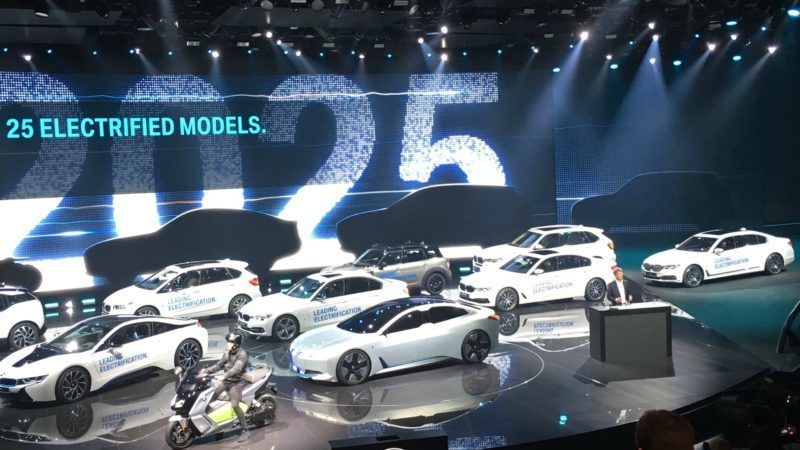 Europe shouldn’t rush to abandon the combustion engine and must build up its own production of electric car batteries to compete with China, auto suppliers and manufacturers said at the Frankfurt motor show.

The comments come as the future of the car has become a hot topic in campaigning ahead of Germany’s 24 September election, especially after Britain and France announced plans to eventually phase out combustion engines to try to cut pollution.

Roberto Vavassori, president of the European Association of Automotive Suppliers (CLEPA), warned a headlong rush to electric cars would hand business to China, which along with South Korea and Japan dominate battery production for such vehicles.

“We need to provide a sensible transition period that doesn’t give unwanted gifts to our Chinese friends,” he said, estimating European automakers were paying 4,000-7,000 euros ($5,000-8,000) to China for batteries for every electric car.

Vavassori called for a European drive to develop the next generation of battery cells. He said carmakers and politicians should look at other ways of cutting vehicle emissions too, such as more efficient engines and synthetic fuels.

Germany’s Daimler and Volkswagen both announced plans on the eve of the Frankfurt show to accelerate their shift to electric cars.

The head of Volkswagen’s core auto division said on Wednesday that European industry should come together to create a regional supplier of batteries.

“For the initial phase, I still feel in good hands with the Korean suppliers, but I would appreciate if competition were to grow and a European consortium would emerge,” VW brand Chief Executive Herbert Diess told Reuters.

German Chancellor Angela Merkel has raised the possibility of state support to bring chip and battery production back to Europe and her Social Democrat challenger Martin Schulz has also called for investment in cell production in Germany.

The stakes are high, with the auto industry as a whole providing around 12.6 million jobs in the European Union, or about 5.7% of the total.

Trade unions have been putting pressure on manufacturers to make electric cars in existing factories and invest in battery production in Europe, rather than outsourcing the work to Asia.

“Self-contained value chains are a central pillar of our industrial model and play a big role in the success of the German economy,” Joerg Hofmann, president of the IG Metall union, told steel and car industry members on Wednesday.

CLEPA’s Vavassori said Europe was lagging behind in the production of sensors and microchips, as well as batteries, and there was a risk in relying on Chinese supplies given geopolitical instability.

“We need production in Europe for vehicles of the future, or we put all Europe at risk,” he said.

Many in the car industry want governments to focus on setting targets to bring down carbon dioxide emissions, rather being prescriptive about quotas for electric cars.

On Wednesday, ACEA offered to further cut CO2 emissions by 2030, albeit dependent on uptake of electric cars.

Germany’s Robert Bosch, the world’s biggest auto supplier, is keeping its options open, optimizing the combustion engine and also exploring synthetic fuels, which could use existing filling stations and engines.

“This is a faster way of limiting global warming,” said Bosch chief executive Volkmar Denner. “We are doing this alongside electric vehicles.”