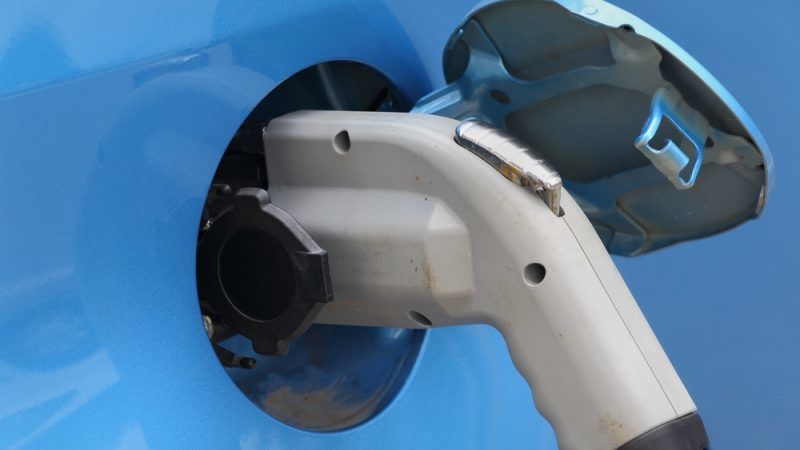 Charging infrastructure is expected to keep pace with the number of electric cars on the road until at least 2020, based on a review of EU government plans. [Shutterstock]

Transport is a problematic sector for the European Union, where emissions continue to grow, and electrification has been touted as a potential silver bullet for the bloc, which is striving to hit a raft of climate targets, including the Paris Agreement.

But the prospect of owning an electric vehicle is struggling to convince motorists to trade in their petrol or diesel cars for either full battery or hybrid models and in 2017, they only counted for 1.5% of total new car sales.

There is a large imbalance between European countries when it comes to sales, which some studies have linked to GDP. Research by the European Automobile Manufacturers Association (ACEA) found that 85% of all sales are concentrated in just six Western European countries with the highest GDP.

Some carmakers maintain that lack of suitable charging infrastructure is the reason why consumers are put off from making the electric switch, in a bid to explain why they do not offer more EV models in their line-ups.

Figures provided by the European Alternative Fuels Observatory show there are currently around 120,000 charging points across the EU, with over three-quarters of them located in just the Netherlands, Germany, France and the United Kingdom.

In its proposal for CO2 limits for cars and vans, the Commission went even further and suggested that EV market share should hit a 15% benchmark between 2025 and 2029, topping 30% after 2030.

But according to an analysis of consumer preferences, only 5% of charging actually happens in public using on-street chargers, car parks or service stations, meaning the vast majority of battery juicing is done at home or work.

A new study by green mobility group Transport & Environment acknowledged that the “visibility of public charging” could be an important psychological factor in encouraging drivers to plump for an electric car when trading in their old vehicle.

In an impact assessment, the European Commission recommended that there should be at least 10 charging points per vehicle in the EU and the current ratio is around five EVs per point, with European nations like the Netherlands and Norway having invested heavily.

The EU executive recently unsuccessfully tried to include charging stations in its update to rules on energy performance of buildings, which would have meant new builds and renovations would have had to provide a set number of chargers for parking spaces.

But amendments from MEPs and national capitals gutted the proposal and Climate Commissioner Miguel Arias Cañete was left to lament the loss of “over 3 million charging points”.

“Carmakers are creating a smokescreen claiming there is insufficient recharging points in major markets,” said T&E’s clean vehicles director, Greg Archer, who added that the real problem with low sales is simply a “lack of cars to plug-in”.

It is not the first time that manufacturers have been accused of failing to offer people a sufficient choice of vehicles. In an interview with EURACTIV, Commission energy boss Maroš Šefčovič admitted it was a problem but was optimistic that the situation will soon change.

“I expect within two or three years we will see, only from European manufacturers, around 80 models of new cars with a strong electric element, be they zero-emissions or hybrids,” the Commissioner explained.

Bloomberg New Energy Finance estimates that the number of EV models on offer will increase from the 155 on the global market in 2017 to 349 by 2025 but European companies like Volkswagen have been criticised for investing heavily in new models only in China.