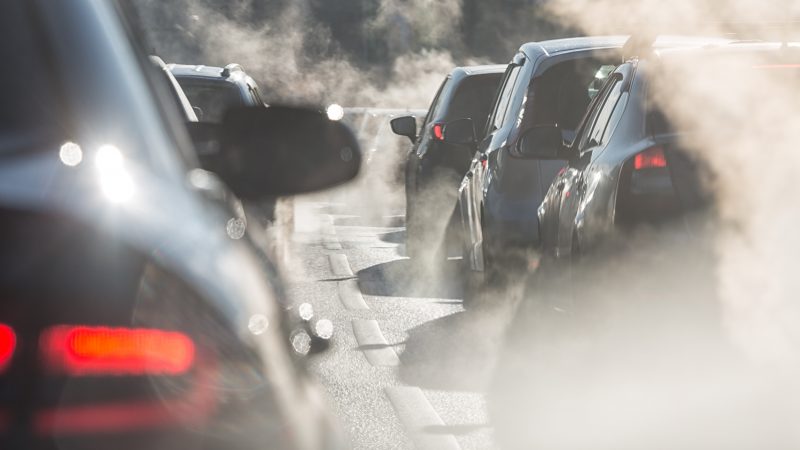 Greenpeace and Deutsche Umwelthilfe demand that the automakers stop producing combustion engine cars by 2030 - earlier than the 2035 effective ban proposed by the EU in July. [LanaElcova / Shutterstock.com]

Greenpeace and German environmental NGO Deutsche Umwelthilfe will take legal action against Volkswagen, BMW, Daimler’s Mercedes-Benz, and gas and oil firm Wintershall Dea if they do not step up policies to tackle climate change, they said on Friday 5 November.

“Negotiations at COP26 in Glasgow indicate that the 1.5-degree target is at stake and can only be met with a bold change of course in politics and business. But while people suffer from floods and droughts triggered by the climate crisis, CO2 emissions from transport continue to rise,” said Martin Kaiser, executive director of Greenpeace Germany.

“Car companies like Volkswagen need to take responsibility and act much faster to phase out the highly-polluting internal combustion engine, and decarbonise their activities with no further delay,” he added.

The cases would be modelled on one brought against Royal Dutch Shell in the Netherlands last year. It argued the company’s lack of climate action constituted a failure in its duty of care to citizens, which led to a May court ruling mandating the company to reduce its CO2 output by 45% from 2019 levels by 2030.

Greenpeace and Deutsche Umwelthilfe demand that the automakers stop producing combustion engine cars by 2030 – earlier than the 2035 effective ban proposed by the EU in July – and that Wintershall Dea refrains from exploring any new oil and gas fields from 2026.

These deadlines are necessary to meet the goals of the Paris climate accords and German climate law, the NGOs argue.

They set a deadline of a few weeks for the companies to respond to their demands. Should they fail to do so, the NGOs will file lawsuits in German courts, they said.

Daimler and BMW said they were committed to the goals of the Paris climate accords and were already on the path to climate neutrality.

On 14 July, the EU announced plans to ban the production of new cars and vans that produce carbon emissions by 2035 as part of its ‘Fit for 55’ climate package, a series of laws aimed at reducing emissions across the bloc by 55% by 2030 compared to 1990 levels.

At present, EU-produced cars are allowed to emit 95g of carbon per kilometre driven. Under the EU proposals, this will be scaled back by 55% by 2030, moving to 0g in 2035.

However, NGOs have pushed for a more ambitious timeline, highlighting member states, including Ireland, Sweden, and the Netherlands, that have set a 2030 deadline for banning the sale of internal combustion engine vehicles.

The European Commission has said it expects “almost 100%” of cars on the roads in 2050 to be emissions-free.