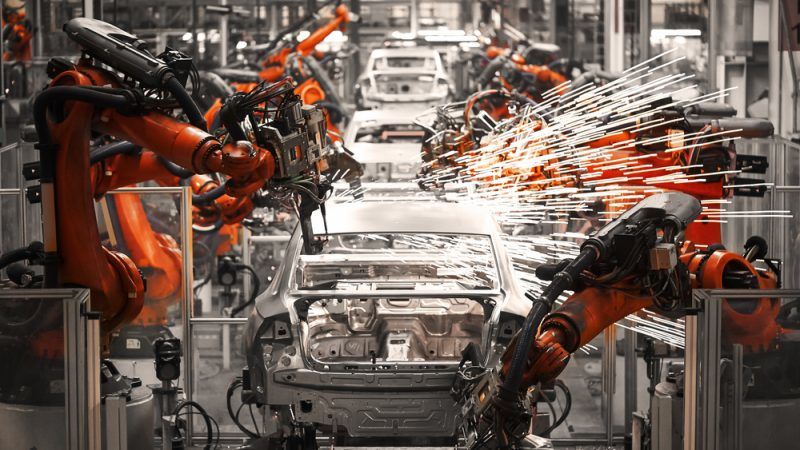 Carmakers are concerned that unrealistic targets in the Commission's CO2 reduction proposal could cost jobs, while others claim they will actually boost jobs in the long run. [Shutterstock]

In its proposal for post-2020 car and van rules, the EU executive suggested a 30% CO2 reduction target for 2030 and a 30% market benchmark for electric cars. The European Parliament’s environment committee will vote on a draft report with higher targets on 10 September.

But even the Commission’s initial proposal was given short shrift from all sides, as green groups denounced its lack of ambition while industry flinched at what has been criticised as an “overly challenging” reduction target.

The European Automobile Manufacturers Association (ACEA), which represents carmakers like BMW, Renault and Volkswagen, insists that a 20% CO2 target is the limit of what can be achieved and has cited a Commission impact assessment from 2016 that also backed 20%.

Aside from arguing that the EU executive’s proposal is “hypocritical” due to a perceived reliance on electric vehicle uptake, despite the Commission’s insistence that its policymaking is technology neutral, ACEA also believes that the proposal could cost Europe jobs.

Electric car manufacturing and maintenance is much less labour-intensive than conventionally powered vehicles: they have around six times fewer moving parts than combustion powered vehicles and require around 60% fewer spare parts.

During the presentation of a report by FTI Consulting into the impact on jobs and growth, ACEA Secretary-General Erik Jonnaert claimed that the Commission is courting “social catastrophe” and urged both the Berlaymont and the Parliament to adopt “realistic” rules.

The report, which brought together a number of studies and data resources, ultimately concluded that the timing of the EU’s transport transition will be the defining factor and acknowledged that more analysis into electrification will be needed.

Commission spokespeople declined to comment directly on the study but reiterated that the executive still maintains that “employment is expected to increase for the manufacturing of electric vehicles and related sectors, whereas it would decrease in sectors related to conventional vehicles”.

Clean mobility group Transport & Environment warned that the FTI study fails to take into account the employment benefits of a shift towards low and zero emissions vehicles. Low emission vehicles (LEVs) like plug-in-hybrids actually have two engines, so they maintain high labour intensity.

Indeed, while EVs may have fewer moving parts and only require a first service after nearly a quarter of a million kilometres, their electronic systems are far more complex and contain up to ten times more semiconductors.

Significantly more charging infrastructure will also have to be installed, a fact acknowledged by the FTI report, which requires both skilled and semi-skilled labourers.

Transport officer Daniel Rieger wrote in an op-ed for EURACTIV that other global regions would steal a march on Europe if the transition does not take place, due to reduced competition.

T&E’s Archer also urged European carmakers to stop “scaremongering about job losses” in the EU while investing tens of billions of euros in China. One of ACEA’s members, VW, announced late last year that it would invest €10bn by 2025 to introduce 40 locally-produced vehicles there.

During the first day of the Parliament’s plenary session on 10 September, the ENVI committee will vote on lead rapporteur Miriam Dalli’s amendments to the Commission’s proposal. If the Socialist and Democrats MEP’s report passes, a full plenary vote will be scheduled for October.

Dalli’s draft report ups the CO2 target to 50% but the new head of the Commission’s climate directorate, Mauro Petriccione, has already told the Parliament clearly that going beyond his institution’s 30% mark would risk serious social implications.