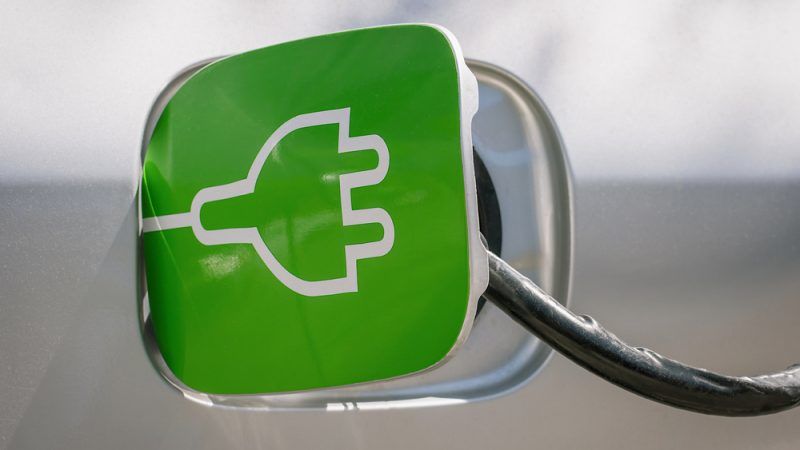 Trilateral talks have become bogged down by confusion over a proposed sales-boost for zero- and low-emission vehicles. [Shutterstock]

After the European Council brokered a late-night deal on CO2 rules for light vehicles in early October, national representatives met behind closed doors with Commission officials and MEPs in order to hash out a final deal.

In what are reportedly difficult talks, the clear split that was evident between member states in the Council negotiations has resurfaced, casting doubt on whether the Austrian Presidency of the EU can close the file before its mandate ends in December.

Sources familiar with the process told EURACTIV that there are few signs of compromise between the three parties.

Aside from the overall reduction target, which the Commission initially set at 30%, the Parliament revised up to 40% and the Council compromised on 35%, a proposal to reward electric car sales has provoked confusion.

During the late-night October talks, member states signed up to an amendment that would double-count sales in countries where zero- and low-emission vehicles (ZLEV) make up less than 60% of the EU average.

The idea is to boost sales across the whole EU, particularly in Central and Eastern Europe, and use the incentive to convince carmakers there is enough demand in the market to make more ZLEVs.

Analysis by clean mobility NGO Transport & Environment (T&E) recently showed that the amendment, if passed, could prove to be a powerful loophole for the car industry, in that they would just register their ZLEVs in targeted member states.

According to the briefing, 15 countries would currently fall under the amendment’s criteria and attempts to cut carbon dioxide would actually suffer as a result.

That reportedly started to become clear to member states during the first and second trilogue talks and the Commission may be called on to produce an in-depth assessment of the amendment’s predicted effects.

It adds further doubts to the way in which EU countries broker their joint positions, known in Brussels parlance as ‘general approaches’.

Other important files, including the complex issue of electricity market design, have needed talks that have lasted well into the small hours of the morning, leading observers to wonder whether member states are fully aware of what they are signing up to.

The Commission’s attempt to bring unwieldy road transport emissions to heel debuted late last year to mixed reviews. Environmental groups thought that it was too weak, while some industry groups labelled it as a policy framework designed to push electric cars at the expense of other technologies.

Cries of anti-technological neutrality were largely based on the fact that the EU executive plumped on calculating CO2 emissions based on vehicle mass rather than a footprint approach.

John Cooper, director general of trade association FuelsEurope, said at the time that the proposal “explicitly… aims to support a gradual transition from vehicles powered by conventional engines to electric vehicles”.

But the situation has changed somewhat since the proposal first saw the light of day. Heavy tinkering by MEPs in particular means that life-cycle emissions reporting is now in the mix and could be a part of the methodology after 2025.

Emmanuel Desplechin, secretary-general of ethanol association ePURE, told EURACTIV that “the original CO2 for cars proposal did ignore the tech-neutrality memo. But the Parliament has sent a signal that a broader approach is needed.”

He added that changes made by the Parliament, if included in the final compromise deal, now mean that there will be a “better account [of] the environmental impact of different vehicle technologies and their energy sources”, such as biofuels, natural gas and hydrogen.

A car a day keeps the doctor away…

But electric cars undoubtedly have significant health benefits, at least when it comes to a comparison with petrol and diesel cars, according to the European Environmental Agency, which issued a new report on “Electric vehicles from life cycle and circular economy perspectives”.

“Emissions are usually higher in the production phase of electric cars, but these are more than offset by lower emissions in the use phase over time,” the authors concluded.

Under the current EU energy mix and over the entire vehicle life cycle, electric vehicles are about 17-30% lower than the emissions of petrol and diesel cars, the EEA report said.

However, as the carbon intensity of the EU energy mix is projected to decrease, the life-cycle emissions of a typical electric vehicle could be cut by at least 73% by 2050, it added.

That date took on fresh significance on Wednesday (28 November), as the European Commission released its new mid-century climate strategy.

One of the headline justifications for increased emissions reductions in the strategy was massive savings in avoided healthcare costs, which the Commission estimates could top €200 billion per year, largely by reducing air pollution.

According to a separate EEA study from 2017, more than 40% of Europe’s nitrogen oxide pollution comes from road transport, while a similar percentage of particulate matter is also produced by cars, vans and trucks.

Road transport air pollution causes at least €70bn in health damage every year in the EU, according to another new report, with diesel fumes responsible for around 75% of the harm.

Research by the European Public Health Alliance (EPHA) found that taxpayers foot most of the costs, through government-funded health services. But these costs could be reduced by 80% by 2030 if ambitious action were taken, the report concluded.