Europe will need virtually all vehicles to be zero-emission - including vans and trucks - to achieve the green deal target of a 90% drop in transport emissions by 2050 compared to 1990 levels. Powering these vehicles will require a vast network of charging stations across the continent. [IsmaelMarder / Pixabay]

Transitioning the roughly 63 million cars, vans, buses and trucks operated by private companies or public authorities in Europe would have the “biggest and fastest” impact on road emissions, according to the report. Already around two thirds of all new vehicles purchased in the EU are company owned.

Fleets, which make up about 40% of all kilometres driven in Europe despite accounting for only 20% of vehicles, are well-suited to electrification as they tend to drive in fixed patterns, making it easy to incorporate charging into their routine, says Serge Colle, co-author of the report.

Eurelectric – which represents national electricity associations and leading companies – called on politicians to adopt “a fleet-centric approach” to policymaking and encouraged the EU to impose mandatory requirements for carmakers to sell zero-emissions vehicles.

The organisation expects the number of electric vehicles in European fleets to increase to 10.5 million by 2030, up from 420,000 today.

Europe will need virtually all vehicles to be zero-emission – including vans and trucks – to achieve the green deal target of a 90% drop in transport emissions by 2050 compared to 1990 levels, the study says. Powering these vehicles will require a vast network of charging stations across the continent.

At present, fewer than 250,000 public electric vehicle charging points exist for the 650,000 zero-emission cars on EU roads, an amount that is “still far from enough” according to European Commissioner for Transport Adina Vălean.

A further €25 billion will be needed to ensure the power distribution grids can support the extra demand from the charging points network.

Most private investors are reluctant to invest in electric vehicle charging infrastructure, seeing it as high risk and low return. Concerns centre on the lack of unified charging standards, which could quickly render some models obsolete.

Commissioner Vălean encouraged EU countries to use the €672.5 billion available under the Recovery and Resilience Facility, a fund to jump start the bloc’s economy following the COVID-19 pandemic, to bolster clean mobility projects.

The EU executive has so far been reluctant to strictly enforce state aid rules (designed to prevent national governments from distorting competition through subsidies) for charging infrastructure projects.

In February 2020, the Commission’s head of competition policy, Margrethe Vestager, approved €53 million in public funding for charging stations in Romania, declaring that the scheme will “reduce harmful car emissions and improve the health of citizens, without unduly distorting competition”.

The EU has used CO2 emissions standards for cars to promote electric vehicle sales in recent years, and later this year will propose tightening those standards to speed the shift to clean transport. At present, electric vehicles comprise only 1% of total cars on European roads.

Miguel Stilwell de Andrade, head of Portuguese renewable energy company EDP, stressed that any charging system must be easy to use and interoperable to encourage people to go electric.

Consumers must also be able to travel for long periods and across borders without the “constant worry” of finding a compatible charger. Until these issues are addressed customers will resist opting for electric cars, de Andrade said.

The 3 million electric cars on EU roads are a far cry from the 30 million zero-emission vehicles by 2030 target set by the European Commission. But global examples show a shift is possible.

Norway, which achieved a 54% electric vehicle market share in 2020, used a mixture of carrot and stick to encourage drivers to make the switch.

“We tax what we don’t want, and we don’t tax what we do want,” explained Christina Bu, secretary general of the Norwegian EV Association. “Why should a person today buy a gas-guzzler? It’s just not necessary.”

The Commission has also mandated that electric vehicles make up 35% to 40% of all vehicle sales by 2030.

While choice of electric vehicles is sparse compared to its fossil-fuel counterpart, this is expected to quickly improve in coming years.

Harder restrictions are already leading to rapid change, according to de Andrade. “You’ll get a shock by how fast this will develop,” he added. 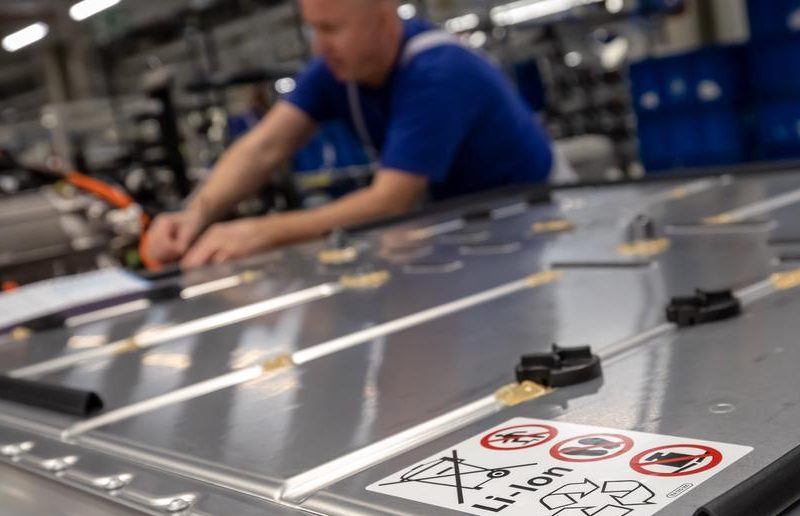