For many Europeans, the electric vehicle revolution is a mirage 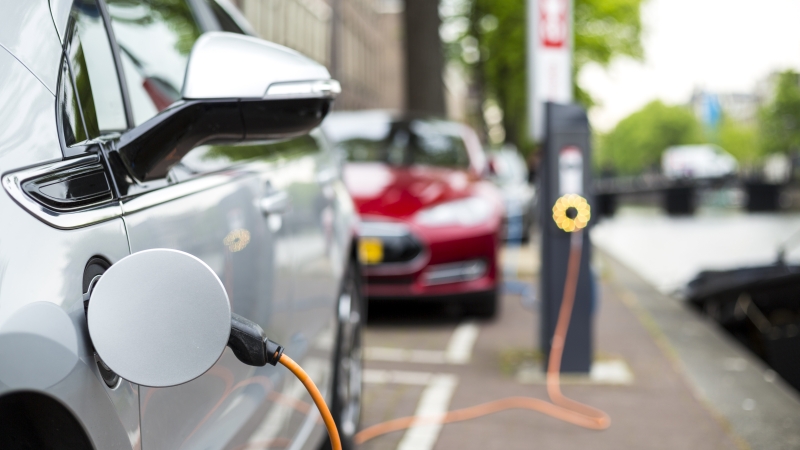 From EURACTIV’s reporting, what emerges is a picture of an electric vehicle revolution that is bypassing less well-off Europeans. [Sopotnicki / Shutterstock.com]

Listen to EU policymakers and you will come away convinced that the electric vehicle revolution is firmly underway.

“I think the move towards electric vehicles is moving much faster than anybody would have anticipated,” EU climate chief Frans Timmermans said earlier this year, expressing a widely held view in Brussels.

Commission President Ursula von der Leyen similarly assured Europeans that “change is already happening” in her 2021 state of the union address, pointing to Germany’s registration of more electric vehicles than diesel cars in the first half of 2021.

The shift to e-mobility, it seems, is happening at pace, inexorably changing the driving landscape.

But a EURACTIV investigation into electric vehicle uptake across the continent challenges this narrative, revealing serious barriers to EV acceptance across eastern and southern Europe.

A poorly developed second-hand market for electric vehicles, confusion over subscriptions for charging services, and concerns over the degradation of batteries continue to hamper electric vehicle adoption, compounding frequently mentioned issues such as high upfront costs and a lack of charging infrastructure.

What emerges from EURACTIV’s reporting is a picture of an electric vehicle revolution that is bypassing less well-off Europeans.

With passenger cars and vans responsible for around 12% of CO2 released in the EU, electric vehicles are seen as a key means of lowering Europe’s transport emissions.

On the bright side, around 11% of total new car registrations in Europe last year were electric, up from 3.5% in 2019.

However, petrol vehicles remain comfortably in the lead, making up just under two-fifths of all cars sold.

What growth there is in electric vehicle sales is doubtlessly boosted by legislation – both at the national and European level – aimed at cracking down on fossil fuels.

In July, the European Commission tabled proposals that would ban the sale of new cars and vans that produce carbon emissions as of 2035, essentially spelling the end of the internal combustion engine.

The measure is in line with the EU’s plans to reduce the bloc’s greenhouse gas emissions by 55% by 2030 and set a path for achieving net zero by 2050.

However, while rising sales make Europe a world leader in electric vehicle uptake, EVs still account for only a fraction of cars currently on EU roads.

Businesses account for a large portion of the electric vehicle uptake, taking advantage of financial incentives aimed at encouraging the move away from polluting vehicles. Corporate fleets make up around 20% of vehicles in Europe.

Across the bloc, governments are encouraging the purchase of electric vehicles by rolling out tax breaks and subsidies.

But average consumers, unable to draw on corporate accountants and lawyers, often struggle to follow the complex requirements.

In Spain, the government has allocated more than €400 million to incentivise the purchase of electric vehicles and the installation of charging stations. However, the scheme has been criticised for requiring purchasers to advance 100% of the initial investment.

This system of incentives has proven of little help to middle- and low-income consumers, who find it difficult to advance the higher upfront price, particularly given that it is unknown when the financial aid will arrive. EURACTIV understands that many who availed of the system in 2020 are still awaiting reimbursement a year later.

Furthermore, the management of the reimbursement takes place at a regional level, which has caused delays in its implementation.

Romania has the highest eco-bonuses in Europe to support the purchase of an electric or hybrid vehicle at €10,000, but even with the subsidy the price remains outside of the range of most consumers.

The cheapest EV model in Romania is priced above €30,000, an onerous cost in a market where four times more second-hand cars are registered than new purchases each year.

Similarly, the average electric vehicle price in Bulgaria is between 50% and 75% higher than the fossil fuel alternative in the same class, with the price increasing if a customer opts for a larger battery with more range.

The southeastern European country currently has about 3,400 registered fully electric cars and over 15,000 hybrids. To boost this nascent market, the Bulgarian government has scrapped taxes for electric cars.

However, this saves owners only around 75 euros per year, which does little to make EVs more attractive given the high prices of the vehicles (though, as an added perk, electric vehicle drivers may also park for free in the city centre).

Among the Bulgarian public, the general feeling is that there are not enough incentives to switch to electricity given the perceived inconveniences of electric cars compared to internal combustion engine vehicles.

In Croatia, new car purchases are not the norm – the average age of the vehicle fleet is around 14 years, with 68% of vehicles on the road older than 10 years. Most consumers try to replace their used car with just a slightly newer model.

Around 58,500 used cars were imported last year, half from Germany, followed by Belgium, France and Italy.

To boost electric car uptake, the Croatian Fund for Environmental Protection and Energy Efficiency has offered co-financing for efficient vehicles since 2014. Last year saw around 1,300 electric cars registered out of 15,859 newly purchased vehicles.

The Austrian government implemented an incentive plan for consumers in June, subsidising the purchase of electric cars to the tune of €5,000 per vehicle. But the incentive system, which includes financial and tax benefits, has proven more popular with businesses than individual drivers.

Around 13% of all newly registered cars are electric vehicles, driven primarily by corporations upgrading their fleet.

The Irish Times reports that the government is mulling dropping the cap for tax relief on electric cars to €40,000, warding off criticism that electric vehicle tax breaks primarily benefit the wealthy.

The EU executive has set a target to install an electric charging point every 60 kilometres, with a hydrogen refuelling station every 150 kilometres, along the EU’s main highways. So far, progress in installing charging stations varies greatly among member states.

While Austria belongs to the upper third of EU countries in terms of charging infrastructure, serious gaps remain. A transition to e-mobility by 2030 is unrealistic, Christian Pesau, CEO of the working group of the Austrian car importers, told EURACTIV, as the “charging infrastructure won’t be available nationwide at that point”.

Private consumers are hesitant to buy electric cars because of the lack of adequate charging infrastructure. “For many private persons, the infrastructure topic isn’t solved yet, especially in the metropolitan areas,” Pesau said.

These numbers must increase around 42%-44% yearly to reach the EU Commission objectives for 2030. The current situation prompted Brussels to send a letter of formal notice to Spain this October concerning legislation to promote electric vehicles.

Spain boasts more than 15 private suppliers of charging facilities with subscription and non-subscription options. Some cities offer charging as a free public service.

But the various subscription models and the differing plug types have led to confusion. Spain currently has no plan to prioritise the standardisation of the charger types, meaning drivers must find a station compatible with their vehicle model before charging can take place.

While governments are focused on meeting the needs of local drivers, for electric vehicles to take hold Europe-wide charging infrastructure must offer seamless charging across borders. Just think of the summer drive to the seaside somewhere in southern Europe…

Croatia, a popular tourist destination, is expanding its network of charging stations to facilitate the foreseen growth in visitors arriving in the country with electric vehicles.

According to the Croatian Vehicle Centre, at the end of 2020, there were 8,080 hybrid-powered vehicles and 1,343 battery-electric cars in the country. In addition to serving these vehicles, the country’s charging infrastructure must be able to handle a swell in demand during the summer months.

Electric Circle, a Croatian association of electric car drivers, embarked late last year on a project to install 100,000 e-car chargers on light poles along city parking lots. Currently, there are around 600 charging stations in Croatia spread out over 300 locations.

The funding to roll out charging infrastructure is mainly provided by taxes gained through the emission trading system. Government plans foresee as much as 300 million kuna (€40 million) dedicated to reducing emissions from transport.

In Bulgaria, a platform is under development to facilitate cross-border charging in the region. The mobile application will allow drivers to see charging points owned by partner companies and pay seamlessly online. However, the application is still in the testing phase.

Romania boasts more than 1,200 charging stations, but only 200 of those can provide fast charging. This lack of high-power charging stations on country roads is hampering EV uptake, according to the green NGO Intelligent Energy Association.

In its recovery and resilience programme, Romania allocated funding for the installation of 13,000 new charging stations. Doing so, it is hoped, will alleviate the perception among consumers that electric vehicles offer reduced autonomy.

In Czechia, the national clean mobility plan foresees 250,000 – 500,000 electric vehicles in the country by 2030. Right now, there are about 750 public charging stations altogether.

“A sufficiently dense [charging] network promotes electric cars as a comfortable means of transport even for travelling between cities. We cannot delay construction of the infrastructure as the number of electric vehicles and hybrids will reach tens of thousands soon,” said Czech Industry, Trade and Transport Minister Karek Havlíček.

However, the length of charging an EV is still a major barrier. In a recent survey conducted by insurance company Generali Česká pojišťovna, 38% said the lengthy charging times would put them off going electric.

Concerns of the Czech public are emblematic of the issues facing much of eastern and southern Europe. Only 33% of Czech drivers are planning to buy an electric car and more than half of respondents are convinced that e-cars are too expensive. Around 31% of respondents are worried about the capacity of e-car batteries decreasing over time.

Without ramped up financial support and increased attention to the fears and concerns of the average consumer, the revolution will continue to stall in much of Europe.