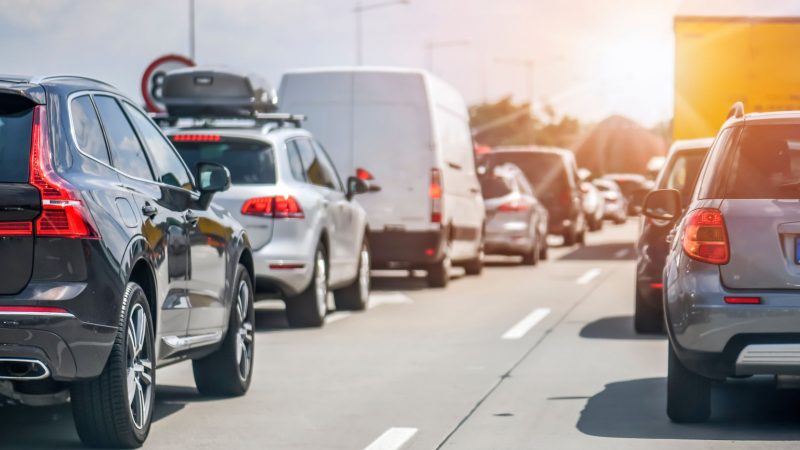 The European Parliament has voted in favour of a de facto ban on the sale of new petrol and diesel cars from 2035. [Krasula/Shutterstock]

German car associations were up in arms following a decision by the European Parliament to support a de facto ban on the sale of new combustion engine cars as of 2035, saying it was too ambitious and costly, and going against the market and citizens.

The ban on the sale of cars running on petrol and diesel is a pivotal part of the European Commission’s long-term policy goal of becoming climate neutral in 2050. Previously, the transport sector had been one of the bloc’s climate laggards.

After a significant majority in the European Parliament voted in support of a 2035 ban on Wednesday afternoon (8 June), car manufacturers wasted no time lashing out.

“The EU Parliament has today taken a decision against citizens, against the market, against innovation and against modern technologies,” said Hildegard Müller, president of the German auto industry association VDA, in a statement issued a few hours later on Wednesday.

“It is therefore simply too early for such an objective. It will increase costs for consumers and put consumer confidence at risk.”

Her position was supported by the VDA’s EU counterpart, ACEA.

“Given the volatility and uncertainty we are experiencing globally day-by-day, any long-term regulation going beyond this decade is premature at this early stage,” said Oliver Zipse, president of ACEA and CEO of German carmaker BMW.

The German association of car drivers, ADAC, chimed in as well, expressing in a press release its “regrets” about the ban and noting that “it will not be possible to achieve the ambitious climate protection goals in transport with electromobility alone”.

The carmakers have been joined by the leader of Italy’s far-right Lega party, Matteo Salvini, who referred to the decision as “madness;” calling it a “gift to China, a disaster for millions of Italians and Europeans.”

However, Italian luxury car manufacturers managed to obtain an exception for carmakers like Ferrari, Bugatti and Lamborghini who could be exempt from the de facto ban on the combustion engine, the so-called “Ferrari exception.”

The industry’s unanimous front in support of the combustion engine is not without its critics.

“Anyone who is still a member of ADAC is supporting an association that couldn’t care less about climate protection,” said Volker Quaschning, a professor of regenerative energies at HTW Berlin.

For carmaker associations, who had lobbied intensively to avoid an outright ban position in parliament, the next battle is just beginning, as the 27 member states need to reach a common approach in the Council, before negotiating with the Parliament.

“The Council is now called upon to take a clear stance in favour of technological openness and efficient CO2 reduction in order to reach a workable compromise in the trilogue negotiations,” said ADAC’s technical director Karsten Schulze.

Similar intentions were espoused by the VDA.

Looking toward the Council negotiations, “we will continue to advocate that the appropriate framework conditions are first created for such a far-reaching decision: Fleet regulation and the expansion of the charging infrastructure must be considered together,” said Müller.

The German government, which historically champions the interests of its auto industry in Brussels, will likely be a prime target as the Greens in government are openly in favour of the ban, while the social democrat SPD, keen to save jobs, and the liberal FDP, in the spirit of technological neutrality, are liable to be more receptive.

The FDP transport minister, Volker Wissing, has already spoken out against the ban. “Many jobs depend on the combustion engine,” he told dpa, adding that he would fight to achieve an exception for engines running on synthetic fuels.

And he has already been backed by Christian Lindner, FDP party chief and finance minister. The German government should aim for a change in the EU plans, he said.

“Germany, as an important voice in Europe, should reconsider its negotiating position,” stressed ADAC’s Schulze.