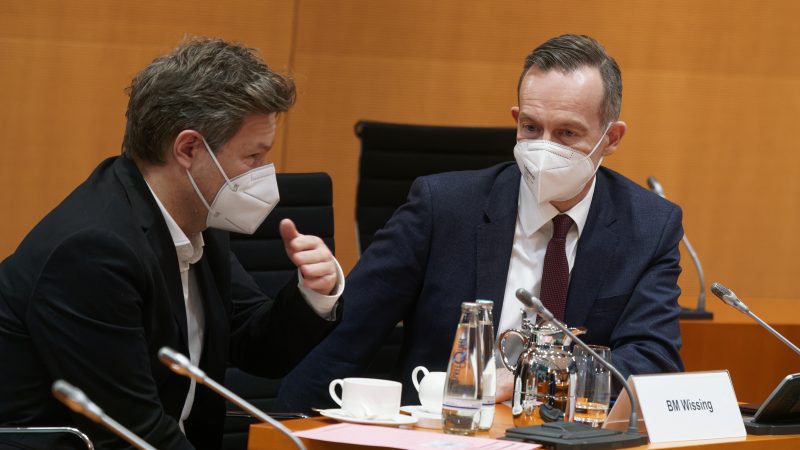 Germany's transport minister Volker Wissing, on the right, has said that the decision had been made in favour of electric vehicles in Brussels a long time ago. [EPA-EFE/HENNING SCHACHT / POOL]

The debate over how best to decarbonise road transport has long pitched synthetic e-fuels against full electrification. In a policy shift, Germany’s transport minister has now said that electric cars have won the race in the EU.

As part of the EU’s Fit for 55 climate laws package, the European Commission proposed a ban on the sale of cars that emit carbon by 2035 – a move that would effectively end the sale of internal combustion engine vehicles in the EU.

While leading auto makers have begun to pivot to electric vehicles, others in the industry, particularly fuel companies and auto part makers, have long argued that synthetic e-fuels can decarbonise ICE vehicles.

They call on the European Commission to respect “technological neutrality”, asserting that the EU executive is overstepping by placing a de facto ban on combustion engines.

But Germany’s Federal Transport Minister Volker Wissing has thrown cold water on the notion that e-fuels will be plentiful enough to allow ICE cars to meet EU emissions standards.

E-fuels are synthetic energy carriers created in an energy-intensive process and therefore relatively rare and expensive. Those e-fuels would primarily be needed for aviation, Wissing added.

At a time when car part suppliers like Germany’s Bosch are anxious in the face of the upcoming switch to electric vehicle production, going so far as to lobby against proposed EU climate policies, Wissing’s liberal FDP party had long been considered their ally.

The key term of “technological neutrality” which the suppliers had rallied around had played a large role in the FDP’s election manifesto and observers had initially worried that an FDP transport minister would not engage in “sensible” policies. 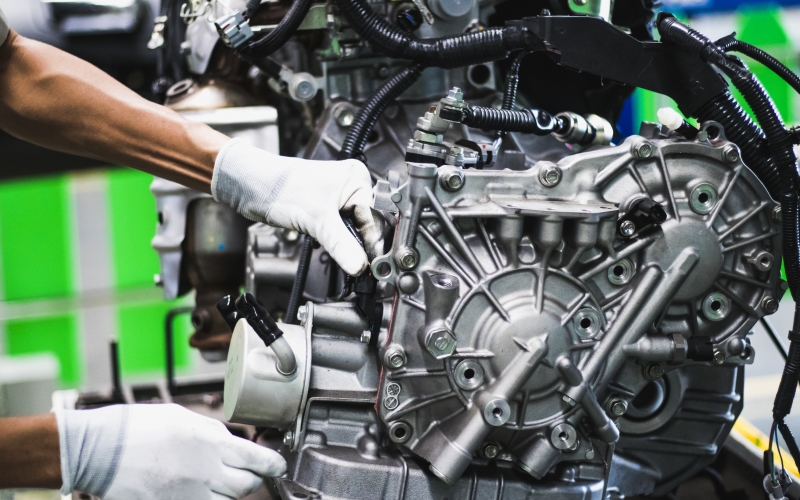 European auto parts makers are undermining efforts to decarbonise the transport sector by lobbying against climate-friendly EU policies, a new analysis by the climate thinktank InfluenceMap has claimed.

But when it came to e-fuels, “every contribution to the reduction of CO2 emissions is important,” Wissing told German MPs late on Thursday (13 January).

“We have to use the different energy carriers where they are most efficient,” he said. “In the case of the personal vehicle, that’s the electric motor.”

Wissing is now at the helm of a ministry that must oversee Germany’s ambitious e-mobility expansion plans. It aims to have 15 million EVs on German roads by 2030. “If we push ahead with the transition, we will also achieve our climate targets,” he explained.

Germany’s transport sector has traditionally lagged behind the country’s ambitious decarbonisation goals, with the sector increasing in emissions instead of going down.

“We will ensure that charging with renewable electricity remains affordable. That’s why I can only advise switching to CO2-neutral drives. The use of fossil fuels will become more expensive in the future,” he said.

Germany implemented a carbon price for oil, gas, petroleum, and diesel starting at €15 per tonne of emission in 2021, which will now continue to ramp up until it reaches €55 per tonne in 2025, although the new government has expressed ambitions to increase it.

“The clear commitment to electromobility gives hope for an accelerated drive turnaround – unfortunately, he did not confirm previous statements on e-fuels,” said Jörg-Andreas Krüger, president of nature protection NGO NABU, in reaction to Wissing’s speech in front of German MPs.

Thomas Bareiß, the transport spokesperson for the conservative CDU/CSU parties, warned, however, that “we heard nothing from Minister Wissing today on affordable mobility”. 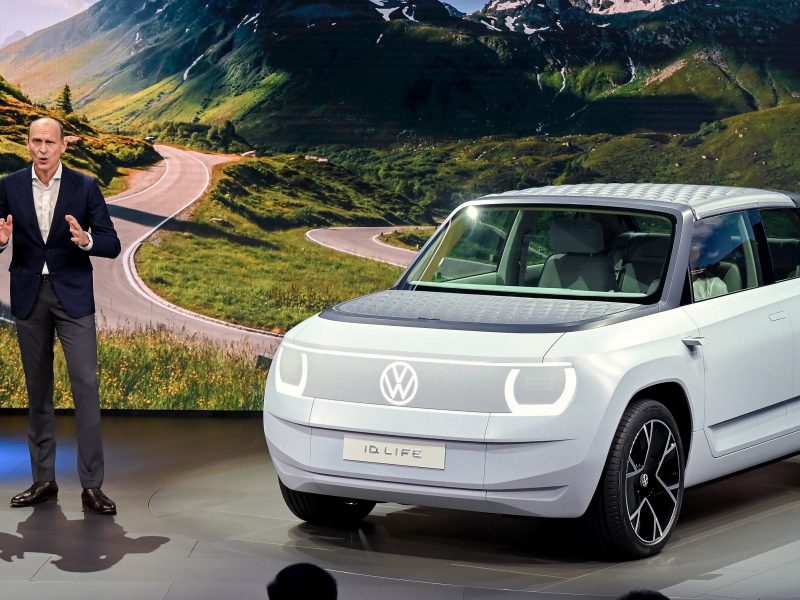