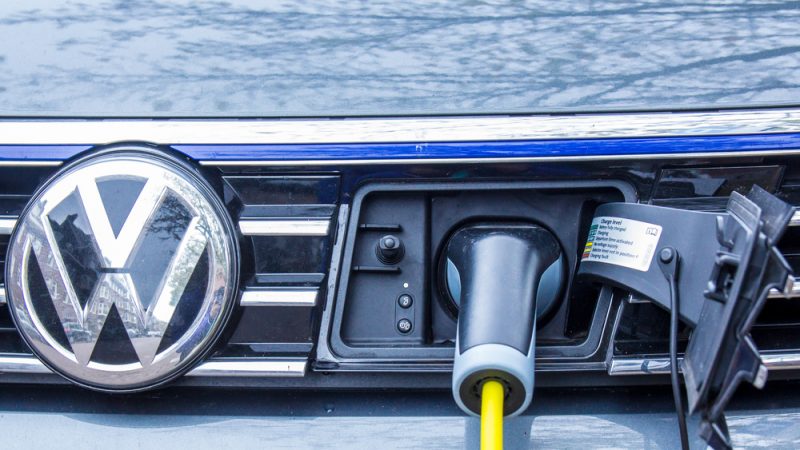 German drivers can get €4,000 cashback if they buy a full electric vehicle. [Photo: Andrew Balcombe / Shutterstock]

Germany will extend for another year a bonus scheme to encourage people to buy electric cars, Die Welt reported on Thursday (30 May), another sign of Berlin’s eagerness to support a sector in which it lags US and Asian rivals.

The newspaper said the cash-for-clunkers bonus, first introduced as a stimulus measure after the post-2008 economic slowdown6, would be extended until 2020, with buyers getting up to €4,000 cashback on some kinds of electric cars.

When introduced, the scheme served a dual purpose of stimulating the economy and getting dirtier older vehicles off the roads by offering buyers a trade-in premium on a new car.

The bonus scheme currently being extended, specifically targeting electric vehicles, was introduced for three years in 2016. It has been used 118,000 times since.

“Electric cars are not just the centre of our plans for future mobility,” he said. “Internationally successful electric cars are decisive for the future success of our car industry and for preserving hundreds of thousands of jobs in it.”

The car industry is the cornerstone of Germany’s flourishing manufacturing economy, but officials increasingly worry that Chinese and United States manufacturers have the edge in electric cars, especially in battery technology.

The costs of the bonus, around €1.2 billion, will be shared equally between the government and the manufacturers themselves. The bonus will run to €3,000 for hybrid cars and €4,000 for purely electric plug-in vehicles.

The decision comes amid mounting signs that Germany’s decade-long economic boom is running out of steam, prompting some economists to urge the government to look for ways of stimulating the economy.

But some in government will be disappointed. Some officials had been calling for the size of the bonus to be increased.