According to the ministry’s state secretary, Jochen Flasbarth, a Commission initiative is expected this autumn. But the EU executive has not confirmed that planned quotas will be a part of the upcoming regulation on limiting CO2.

An electric car quota is likely to be unpopular among the ranks of the ruling CDU/CSU government, which faces a new election in September. German Green lawmaker Oliver Krischer has warned that Berlin would end up diluting whatever plan the Commission comes up with.

CSU transport spokesman Ulrich Lange highlighted that: “Only half a year ago we introduced a purchase premium for electric cars. Fresh demands for enforced quotas are just hectic actionism.” He said improving and expanding the charging network is more important.

But a spokeswoman for the environment ministry, which is run by the Social Democrats (SPD) – the junior partner in Chancellor Angela Merkel’s ruling coalition – said that without quotas, the EU could miss its carbon dioxide emissions targets.

“There must be ambitious targets, otherwise we won’t make any headway,” Hubertus Heil told Reuters.

The issue has taken on increased importance in recent months, following decisions by France and the United Kingdom to phase out combustion engines over the next few decades. Swedish carmaker Volvo has announced it will only make electric or hybrid vehicles from 2019.

In Germany, the Dieselgate scandal advanced electromobility up the political agenda. In Stuttgart, Düsseldorf and Munich, there is even a debate about whether to ban diesel cars from next year.

A study by fuel retailer Aral claimed that just 18% of Germans interested in buying a new car would plump for a diesel model. Two years ago, that number was 31%.

German consumers are increasingly turning away from the diesel engine but carmakers cannot yet meet buyer expectations for electric motors.

There is also a gulf between theory and practice when it comes to electric cars. Fifty-five percent of the survey’s respondents said they are interested in electric car ownership but just 5% confirmed they intend to switch to one.

The problem is as-yet unfulfilled expectations. On average, drivers expect a range of just over 450km and a recharge time of 30 minutes maximum. Electric cars are generally still lagging behind in both factors.

Hybrid engines remain a viable option. According to the same Aral study, hybrids have upped their market share from just 6% in 2013 to 15%. 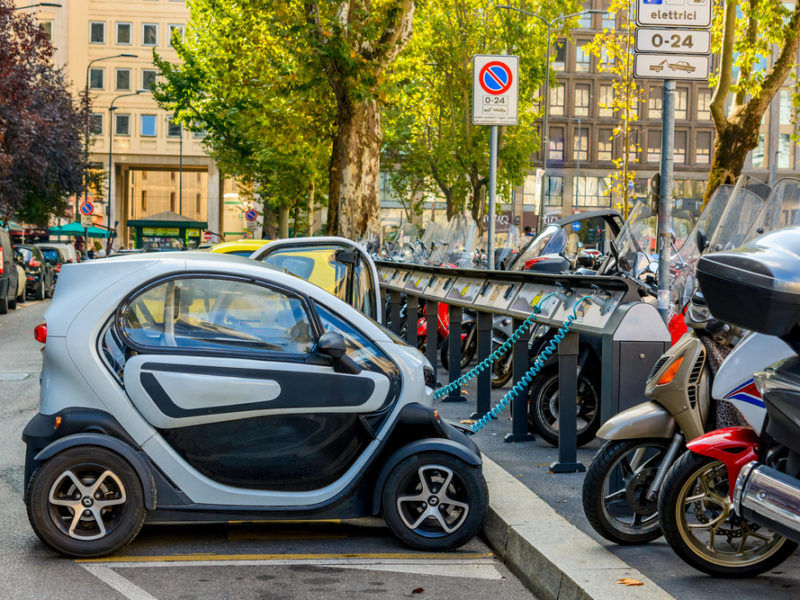