“Plug-in hybrids are fake electric cars, built for lab tests and tax breaks, not real driving. Our tests show that even in optimal conditions, with a full battery, the cars pollute more than advertised,” said Julia Poliscanova, senior director for clean vehicles at T&E. [Mikes-Photography / Pixabay]

Europe may well be “sleepwalking towards another dieselgate,” warned clean mobility NGO Transport & Environment (T&E), referring to the scandal that exposed carmaker Volkswagen in 2015 for cheating emissions tests.

Results showed that emissions were between 28% to 89% higher than manufacturers claimed.

Driving in battery charging mode rather than with a full battery significantly increased emissions, researchers found. On an empty battery, the hybrids could only drive 11 to 23km before surpassing their official CO2 emissions per kilometre.

T&E says official estimates are based on “overly optimistic assumptions” about the degree to which drivers use the electric engine over the combustion engine.

Outside of the testing lab, drivers may forget to charge the vehicle’s battery before setting out, while quick acceleration and the use of air conditioning may also cause the vehicle to switch to the fossil fuel-powered motor.

“Plug-in hybrids are fake electric cars, built for lab tests and tax breaks, not real driving. Our tests show that even in optimal conditions, with a full battery, the cars pollute more than advertised,” said Julia Poliscanova, senior director for clean vehicles at T&E.

“Unless you drive them softly, carbon emissions can go off the charts. Governments should stop subsidising these cars with billions in taxpayers’ money,” she added.

According to T&E, manufacturers use hybrids as a “compliance trick” to meet their overall CO2 targets despite the vehicles not achieving these savings in reality.

ACEA, the trade body representing Europe’s vehicle manufacturers, has criticised the  T&E study, saying the test method “is not representative of the typical use of plug-in hybrids, which are intended to be driven in full electric mode over short daily (typically city) trips”.

“The CO2 emissions of plug-in hybrids of course depend on how they are being used by the driver, which is not under the control of vehicle manufacturers,” said an ACEA spokesperson, adding that plug-in hybrid vehicles “offer an excellent transition on the road to zero-emission mobility.”

In the wake of the dieselgate scandal, the European Union has passed tougher car emission tests, which became effective in 2017. Last year, new EU laws have started to apply requiring national authorities to collect data on the real-world CO2 emissions and energy consumption of cars, using on-board fuel consumption monitoring devices. The new law has been effective since 1 September 2020.

Tougher and more realistic emissions tests for cars and vans take effect in the EU on Friday (1 September), a measure welcomed by the auto industry and consumer groups, coming on the heels of the Dieselgate scandal that shook the bloc, particularly Germany.

Doing so will provide a better measurement of true emissions the European Commission believes, and will correct the gap between emissions recorded in laboratory settings and those on the road.

The renewed call to ditch tax breaks for hybrid vehicles is part of a T&E position paper that seeks to influence the upcoming review of CO2 performance standards for cars and light commercial vehicles.

The regulation is due to be revised in June as part of a broader package of laws aimed at cutting EU greenhouse gas emissions by 55% by 2030.

The organisation is also calling on the EU to set an end date for the sale of cars powered by fossil fuels, recommending 2035 at the latest. Last year, the UK government brought forward a ban on petrol and diesel fuelled vehicles to 2030.

“The EU needs tighter emissions standards to decarbonise the largest source of transport CO2 but also to win the global electric vehicle race and create thousands of future-proof jobs. If car CO2 targets aren’t strengthened, it will be a lost decade for Europe’s competitiveness,” said Poliscanova. 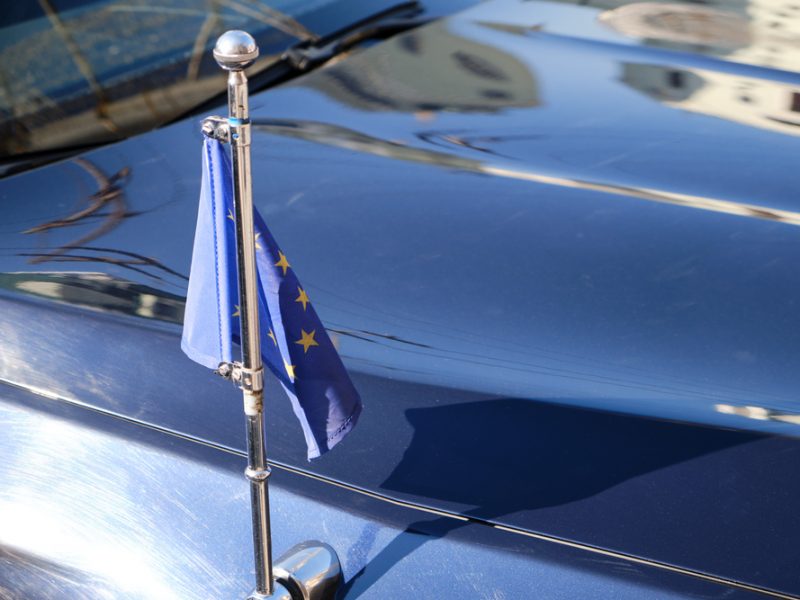