“Our customers, what do they do? The good news is that they are starting to buy electric vehicles,” said Andreas Klugescheid, head of external affairs at the BMW Group, referring to plug-in hybrids as well as fully electric vehicles.

The EU’s newly-adopted CO2 emission standards for cars mean “there is no way around electrification,” he told the audience at a EURACTIV event, held in the automaker’s flagship Brussels store on Wednesday (6 November).

In contrast to rival carmaker Volkswagen, BMW has opted for a softer transition to electric mobility. While Volkswagen plans to build 22 million EVs over the next ten years, BMW has hedged its bets on plug-in hybrids as well as fully-electric vehicles. And Klugescheid didn’t rule out other alternatives, saying hydrogen and eFuels will also play a key role in decarbonising transport, especially for long-haul, heavy-duty trucks.

But when it comes to personal cars, the battery electric vehicle stands out as a clear winner.

“People start to buy these vehicles. And they’re happy with them,” Klugescheid said. But the infrastructure does not follow customers’ expectations, he warned, calling on policymakers to accelerate deployment of charging points across Europe.

“The next charging point is 30km away from our house,” Klugescheid said. “And not everybody owns a house with a good charging infrastructure,” he pointed out. “So the message is clear: infrastructure is a topic” if Europe wants electric vehicles to be adopted on a mass scale.

Things are moving forward, however. On Monday, German automakers met with top government representatives and agreed to roll out 1 million charging points for electric vehicles across the country by 2030.

This is more than EU officials had been hoping for.

Today, there are about 170,000 charging points publicly available across the EU “and we need about 1 million by 2025,” said Alexandre Paquot, head of unit for road transport at the European Commission’s climate action directorate.

“This is clearly an area where member states and industry need to work further,” he added, welcoming the German announcement as a positive step and a sign that things can move faster than expected.

But Europe shouldn’t stop there, Paquot added, saying “we have to think longer-term” in order to reach the EU’s climate neutrality objective for 2050. “And we see that the transport sector will have to play a major role in order to achieve that,” he added, citing figures showing that transport was the only economic sector that failed to cut down its emissions over the past years.

“This needs to be addressed” as part of the coming European Green Deal, Paquot stressed, in spite of a recent agreement on CO2 standards for cars and heavy-duty vehicles that was agreed in December last year at EU level.

Not all policymakers are happy with the pace of change imposed on Europe’s car sector, however.

In the European Parliament, centre-right German MEP Jens Gieseke, pointed out that the EU’s latest CO2 standard for cars was agreed less than a year ago, with a headline objective of reducing emissions by 37.5% by 2030. And those rules were adopted on the assumption that Europe would aim to cut its overall greenhouse gas emissions by 40% by 2030, he said.

“This is strictly not possible,” Gieseke warned, saying “the only alternative for BMW would be to adopt the same strategy as Volkswagen and just have electric cars.”

That may well be the automaker’s intention. Last month, BMW revealed plans to commercialise 12 fully electric and 13 plug-in hybrid models over the next four years, including an entry-level electric car based on the current 1 Series within the next two years.

This is “a big step and a big change in our strategy,” Robert Irlinger, the boss of BMW’s i division told Britain’s AutoExpress.

A look at BMW’s corporate website gives further indications as to the company’s long-term strategy. “Sooner or later, the majority of drivers will be making the switch from petrol cars to an electric vehicle,” the group writes. “The advantages are obvious, above all for the environment, because engines powered by electricity don’t give off emissions, so electric cars are locally emission-free”.

And the EU’s aspiration to reach net-zero emissions by 2050 means radical choices may have to be made.

“We need to start discussing phase-outs” of internal combustion engines (ICE), said Carlos Calvo Ambel, from green NGO Transport and Environment (T&E). Indeed, “the whole European car fleet will need to be either battery-electric or hydrogen” in 2050 if Europe wants to become carbon neutral by then, he remarked.

“So if there are no phase-outs, we can forget about achieving zero emissions by 2050,” he warned, saying each internal combustion engine car sold in 2035 “will still be around Europe in 2060”.

The good news, he said, is that the conversation has already started. At the last meeting of EU environment ministers, a group of EU countries asked the Commission “how to implement some sort of phase out at international level,” he said.

“Phase-outs need to be part of the European Green Deal. We have no alternative.” 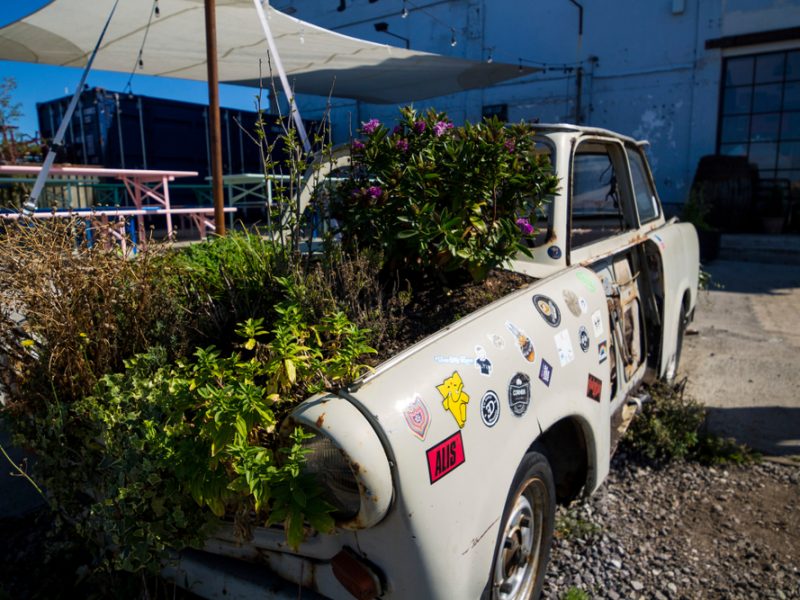 One response to “‘No way around electrification,’ BMW says”