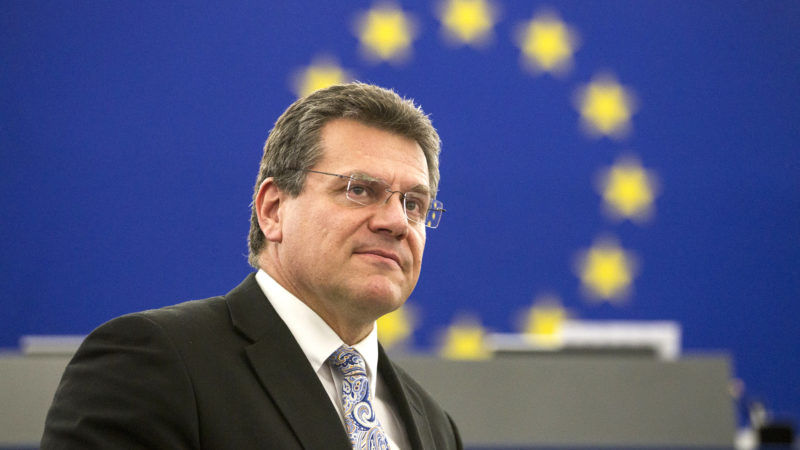 While the European Commission is pushing to accelerate the deployment of low-emission vehicles, Slovakia – a little-known automotive ‘superpower’ in Europe – continues to drive in the slow lane. EURACTIV Slovakia reports.

Environmentalists have called it an “early Christmas present to the car industry”. And consumer groups say its main (hidden) goal is “not to upset the vested short-term interests of the European automotive industry”.

The Clean Mobility Package, unveiled by the Commission last week (8 November), did not impress green activists or consumer NGOs, to say the least.

While they applauded the proposed target to cut emissions of passenger and light commercial vehicles by 30% between 2021 and 2030, they were disappointed by the Commission’s decision not to set legally-binding quotas for low-emission vehicles.

Last minute lobbying by Germany and its influential auto industry was at the centre of attention when the Commission unveiled its proposal. 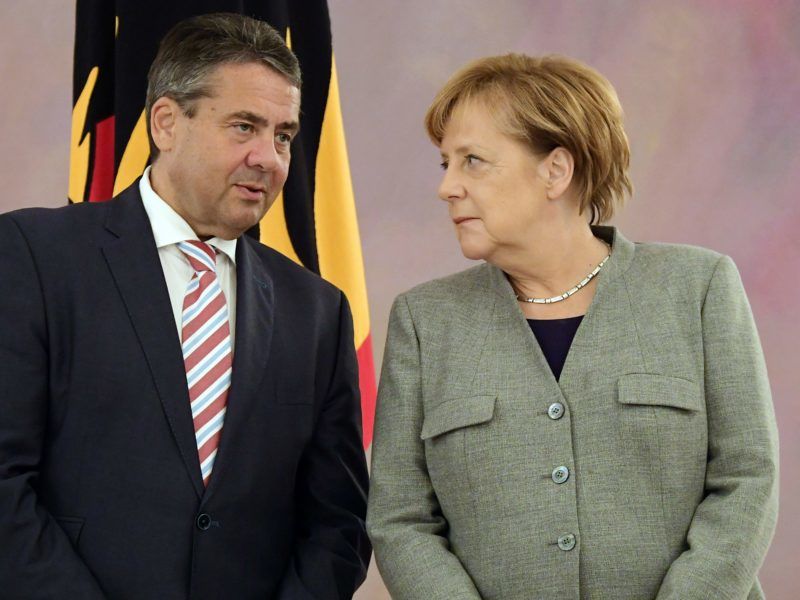 So what’s the view in Slovakia, the country with the highest per-capita car production in the world? It depends on who you ask but the overall level of ambition is lower than in Brussels.

Not in a hurry

The 127,000 automotive industry workers in Slovakia manufacture 1 million vehicles annually, representing 12% of the country’s GDP. Three big international automotive companies have built factories in the country, and a fourth is under construction.

Slovakia is the only European country manufacturing Volkswagen’s electric car, the e-Up! However, like elsewhere in Europe, most of the cars produced still run on combustion engines. That is what the export markets want. For now.

The Clean Mobility Package was unveiled by Slovak Commissioner Maroš Šefčovič, and two other Commissioners. The Commission Vice-President said the package aimed at “setting the conditions for European manufacturers to lead the global energy transition rather than follow others.”

Slovakia, dubbed an ‘automotive superpower’ in the industry, is not a leader when it comes to low-emission vehicles, whether on the manufacturing side or on consumer take-up. And judging from the reactions to Clean Mobility Package, is not in a rush to jump on the new bandwagon.

Tomorrow, the European Commission reveals its plan to cut transport emissions and boost electric vehicle use. For its ambition to pay off, the EU will have to bank on the business argument for e-mobility.

“The environmentalists and other NGOs often have unrealistic expectations and demands, while they do not bear any responsibility either for declarations, or for their execution,” said Ján Pribula, Secretary General of the Slovak Automobile Manufacturers Association (ZAP).

The automotive industry feels responsible “not just for fulfilling the legislative requirements, but also for the sustainability of employment,” he said.

ZAP welcomes only the final deadline for cutting emissions – the year 2030. As for the deadline for the intermediary target – the year 2025, “it does not provide enough time for the necessary technical and conceptual changes in the vehicles,” Pribula said.

The Commission wants the average emissions level of newly manufactured vehicles reduced by 30% in 2030 compared to the reference levels for 2021. These are 95 grams of CO2 per kilometre for passenger vehicles and 147 grams for light commercial vehicles.

Pribula explained that manufacturers need time in order to comply with the new limits.

The cycle for putting new vehicles on the road – from development and testing of new technologies to approval and market deployment – “cannot be shortened or sidestepped without serious threats to functionality, reliability and security,” he claims.

“The Commission’s proposal to reduce emissions by 30% is extremely demanding in general and outright unrealistic for light commercial vehicles in particular,” argues the representative of Slovak automotive manufacturers.

ZAP agrees that cutting CO2 emissions can be “an incentive for developing innovations in the automotive industry.” However, the Association prefers a more moderate reduction target of 20% for 2030.

“Given the low level of acceptance and market deployment of alternative fuels in the whole of Europe, the present proposal is too strict and ambitious,” Pribula pointed out.

Only a “responsible and realistic approach” can secure “sustainability and competitiveness of the European automotive industry, which Slovakia is a part of in the global arena.”

ZAP promises to “communicate with the Slovak representatives in the European institutions and MEPs in order to minimise the threat to the most significant industry in Slovakia.”

Vojtech Ferencz (Smer-SD) is the Ministry of Economy’s State Secretary responsible for the modernisation of the automotive industry and for e-mobility. He understands that manufacturers need time to adapt to the new rules. Before new models are introduced to the market, they need tests lasting for years, warns Ferencz.

He does not agree with quotas defended by environmental groups. He admits that if more electric cars were produced, their price would drop. “However, this may not be directed from Brussels,” he adds.

Ferencz says that the Ministry of Economy is currently “fighting” to prolong the subsidy scheme for purchasing battery electric and plug-in hybrid vehicles. The Ministry launched the scheme a year ago in cooperation with the Ministry of Environment and ZAP to transpose European legislation.

When buying a battery electric car, Slovak customers can get a €5,000 subsidy. If they decide for a plug-in hybrid, they get €3,000. The €5,2 million scheme was initially designed to allocate funds until the end of this year.

In late September, only 31 percent of the funds were allocated. Ferenz nevertheless has a “positive” view, “given that it is the first such project of support.”

The Slovak Electric Vehicle Association (SEVA) would welcome the prolonging. The SEVA comprises electricity producers and distributors, manufacturers of chargers, data companies and other e-car service providers. It calls for a support for building the charging infrastructure.

Due to the lack of it, there are less than a thousand electric battery vehicles riding on the Slovak roads.

The need for compromise

“Despite the fact, that the package does not directly include the end of technological neutrality and does not propose legally binding targets for the market share of electric vehicles, the proposed mandatory limits for new cars in 2025 and 2030 are from the technological point of view reachable only by massive introduction of electric vehicles,” the Association’s Director thinks.

SEVA praises the proposals for favouring low-emission vehicles in public procurement, the allocation of €800 million for the development of the charging infrastructure and €200 million to support battery manufacturing in Europe.

Slovakia as a leader?

The Slovak e-car lobby believes that the Commission gives member states “a free hand for their own measures.” It calls on the Ministry of Economy to “grasp electromobility in a more ambitious way”.

“Given the strength of the automotive (35% share on the industrial export of Slovakia) and of the energy industry, the high share of zero-emission power (almost 80% of the electric energy is created from zero emission sources) and the innovation potential, it is vital for Slovakia to play an active and leading role. That should be visible in the discussion of Commission’s proposals,” added Ševce.

The Ministry is indeed preparing an “Action Plan” with targeted measures to support electromobility. According to State Secretary Ferencz, it includes lower taxes for e-cars and special lanes, which have only been discussed until now.

At the moment, electromobility in Slovakia remains in the slow lane. “A radical change in the market of alternatively fuelled vehicles will not happen overnight,” said Pribula speaking for the automotive industry. And it looks like all the relevant actors accept that.

This article is part of EURACTIV Slovakia’s coverage of energy innovations ahead of the Central European Energy Conference – SET Plan 2017 taking place in November and December in Bratislava.