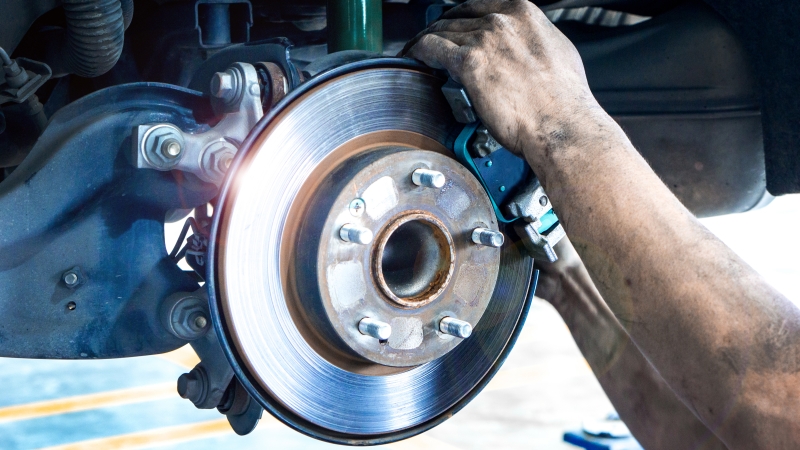 The friction inherent in stopping a vehicle can cause minute particles to be shed from the brake pad. [pdsci / Shutterstock.com]

This article is part of our special report ‘Road dust’: the lesser-known air pollutant.

Ultra-fine particles from brake pad abrasion will for the first time be covered under an EU regulation to curtail vehicles’ contribution to air pollution, a move aimed at reducing the high level of the toxic particles in urban areas.

The upcoming Euro 7 regulation, set to be unveiled in July, will force vehicle manufacturers to reduce the quantity of pollutants, such as nitrogen oxides and sulphur oxides emitted by cars.

While previous Euro regulations have focused on tailpipe emissions, the upcoming legislation will expand its remit to include particulate matter emitted from brake pads.

The European Commission confirmed its commitment to tackle particulate matter in the 2021 zero pollution action plan.

“Based on latest evidence, [upcoming legislation] will consider the need to limit the emissions of PM2.5 and nanoparticles from all types of combustion engines and from brakes in conventional and electric vehicles alike,” the plan states.

Euro 7 is expected to “greatly benefit public health by cutting the mortality and morbidity caused by air pollution that affects urban populations in particular” according to an initial cost-benefit analysis of the legislation prepared by the European Commission.

“Several pollutants that are of concern today were not included in the past for various reasons,” the report notes, a likely reference to non-exhaust particulate matter.

The friction inherent in stopping a vehicle can cause extremely small particles to be shed from the brake pad. The small size of these particles, which are divided between PM10 (coarse dust) and PM2.5 (fine dust), are capable of penetrating deep into the lungs.

Heavy metals shed through brake abrasion can also end up in the environment, negatively impacting soil and water, according to a European Commission study on the external costs of transport.

Ingesting these particles can lead to respiratory issues, the development of certain forms of cancer, and increase the risk of Alzeheimer’s disease, studies show.

A report by the European Environment Agency estimated that chronic exposure to particulate matter resulted in some 307,000 premature deaths in the EU in 2019. The issue is particularly bad in urban areas: the World Health Organisation found that 96% of city dwellers are exposed to fine particulate matter above recommended limits.

A switch to electric vehicles will eliminate tailpipe emissions and reduce the shedding of brake particles thanks to ‘regenerative braking’ – a means of stopping in which the electric motor slows down the vehicle without the use of brake pads.

However, electric vehicles will not completely erase non-exhaust particulate matter emissions, which include particles from brakes, tyres, and road friction. According to an OECD study, heavier weight EVs, such as electric SUVs, may emit around 3-8% more PM2.5 than internal combustion engine vehicles. This is due to the extra weight of the powertrain compared to conventional vehicles. 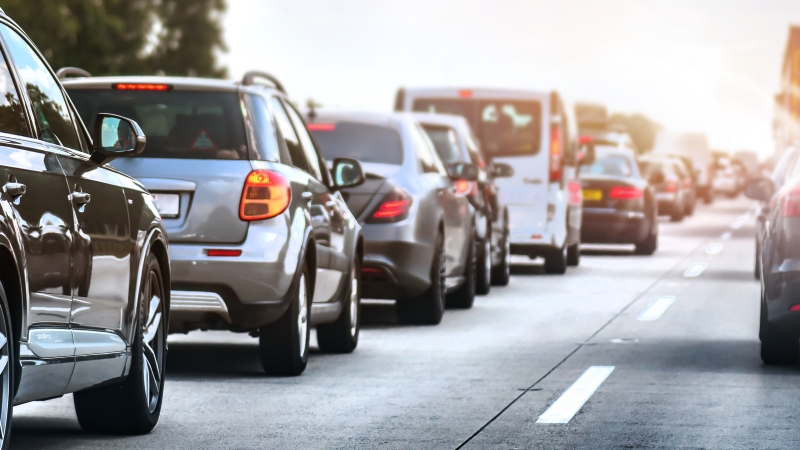 Switch to EVs won’t solve ‘road dust’ pollution – in fact, it could make it worse

Electric vehicles are set to end tailpipe emissions, significantly improving air quality in urban areas. But particulate matter emitted from brakes and tyres will continue to pose health risks and could even increase after the EV revolution, studies show.

The EU has contributed millions of euros towards developing technology to reduce particulate matter from vehicles through its ‘Horizon Europe’ programme for research and development.

Solutions are currently available that can cut the amount of brake particulate matter emitted by up to 90%. One such solution, developed by the French company Tallano, essentially sucks the dust from the brake pads into a filter before it can be released into the environment.

“The EU has a unique chance to address a particularly toxic form of vehicle emissions and we need to get it right before the next generation of vehicles is on the road. Addressing brake emissions is necessary to actually achieve the EU’s zero pollution and zero-emission mobility goals,” Christophe Rocca-Serra, the founder of Tallano, told EURACTIV.

“It’s encouraging to hear that Euro 7 will cover particle emissions from brakes, but the proof will be in the details,” he added.

VDA, an association representing German auto part makers, called the Euro standards “a powerful tool to improve air quality in cities” but said that the new standards must be “technically and economically balanced” and take into account new technology such as regenerative braking.

“When developing Euro 7, it can no longer primarily be about a blanket reduction in the emission level – it also has to be about making the legislation clearer, streamlining it and aligning it with new technological developments,” a VDA spokesperson told EURACTIV.

BEUC, a consumer advocacy organisation, sees Euro 7 as a chance to not only make internal combustion engines cleaner, but to help orient industry towards electric vehicles.

However, even after the switch to electric vehicles, transparency around emissions will be key to aiding consumers, said Robin Loos, sustainable transport officer with BEUC.

“If you have a clear view of the electricity consumption of two cars, as well as their brake and tyre emissions, that could really influence your choice in the end,” he told EURACTIV.

Transport & Environment, a clean mobility NGO, said that high Euro 7 standards are necessary to “save tens of thousands of lives”. Euro 7 should also drive “a quick adoption of the most effective technology for reducing brake particle pollution such as vacuum aspiration,” states a T&E position paper.

The Euro 7 regulation was due to be published in late 2021 but was subsequently pushed back – much to the annoyance of NGOs like T&E, who branded the delay “unacceptable and unnecessary”.