The first charging station for electric cars set up in a public area in Hungary is unveiled in a square in Szekesfehervar, Hungary on 15 September 2010. [Photo: EPA/VIKTOR KOPPAN HUNGARY OUT]

Central Europe falls under the EU average of electric vehicle market penetration. But it doesn’t want to be left behind by the global trend, leaping into battery production and dreaming even bigger. EURACTIV’s network partners report.

The auto industry represents 12% of Slovak GDP and 44% of industrial production. VW has been – until now – Slovakia’s largest private employer. Based on multinational companies assembling mostly cars with combustion engines, the car industry is the backbone of Slovakia’s economy.

VW said the job reduction is due to downscaling of production of several models. But the company did not give clear reasons and rather referred to the corporate strategy approved in at its HQ.

When Slovak Prime Minister Peter Pellegrini travelled to Wolfsburg in March to lobby for Slovak jobs, he only came back with vague promises.

Last week, the government approved a new strategy, paying lip service to the industry’s concerns about lack of qualified work force, rising wages and little applied research. But Slovakia’s case shouldn’t be considered as representative of the whole Visegrad Group.

On one hand, the penetration of low-emission vehicles is under EU’s average in all four countries – Slovakia, Czech Republic, Poland and Hungary – which is in stark contrast to their dependence on the auto industry.

And the V4 does face similar structural problems embodied by the low purchasing power on the consumption side and little investments into research on the production side. 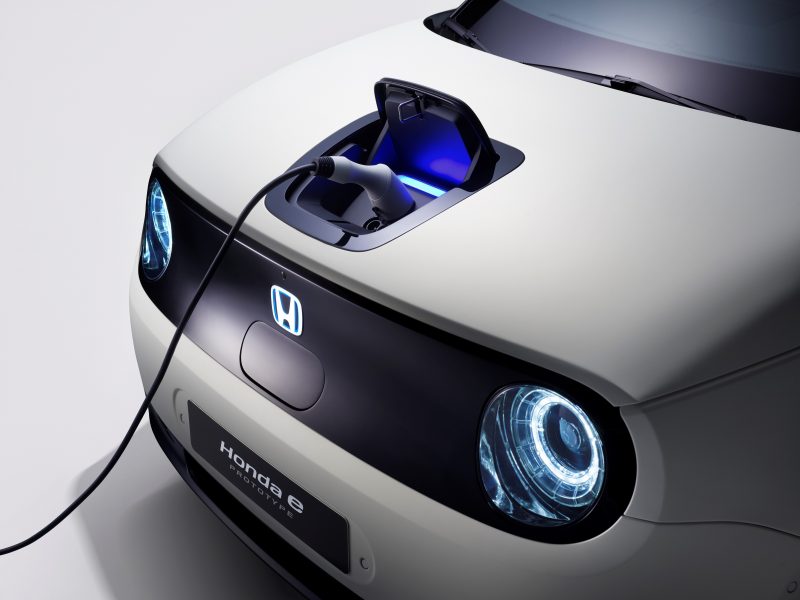 But some in the Visegrad are making progress. Hungary has the highest share of electric vehicles, while the Czechs make their own electric cars and batteries, while dreaming of a Tesla gigafactory.

Poland wants to have one million electric vehicles on its roads by 2025. While the plan may not be realistic, the country is moving forward thanks to a new e-car model and international investments into battery production.

While the Visegrad countries may be challenged by the pace of e-mobility change, it doesn’t shy away from ambition.

According to a report by NGO Transport & Environment, only Hungary’s 1.5% electric vehicle market share comes close to the EU’s average of 2%. In absolute numbers, only a few thousand vehicles in the V4 are rechargeable, while tens of millions are combustion-powered. 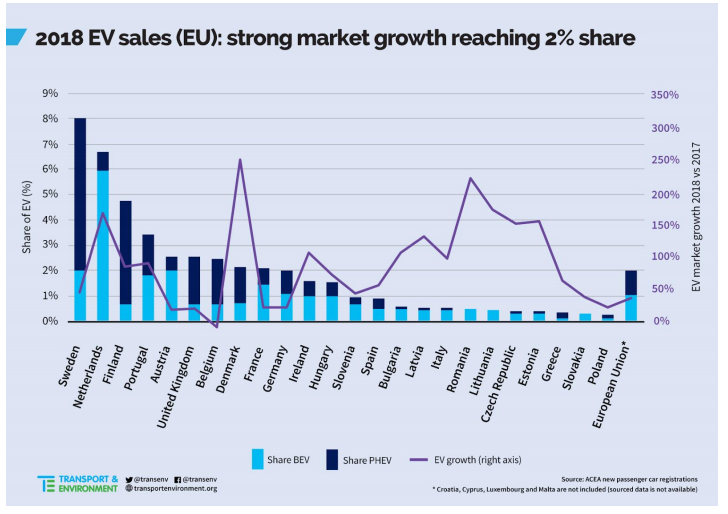 The reasons for the slow uptake are the high purchase price and inadequare charging network, experts agree. There is an additional factor in the Visegrad countries: the lower purchasing power.

Despite the low numbers today, the Visegrad countries have grand plans for tomorrow and are working in that direction.

Except for Poland, they are subsidising the purchase of electric vehicles. Some of them also intend to support the build-up of chargers through national funds or the EU-financed Connecting Europe Facility.

In 2016, Poland’s Deputy Prime Minister Mateusz Morawiecki announced the target of one million e-cars by 2025. As Prime Minister, Morawiecki still unchangeably sticks to his promises despite the slow progress.

The Czech National Action Plan for Clean Mobility expects a market share of electric vehicles of 1% by 2020 and 4% by 2025. But Zdeněk Petzl, Executive Director of the Czech Automotive Industry Association told EURACTIV.cz that the country’s targets are unrealistic.

After giving out €5 million for the purchase of e-cars in 2016 – 2018, the Slovak government now pledges another €5 million in a new action plan.

It is also going to allocate an additional €1 million to municipalities for building chargers. The government wants to see 35,000 electric vehicles on Slovak roads by 2030 and 1,500 public chargers available as of 2025.

Given that today it has 1,700 plug-in hybrids and battery electric vehicles and 200 public chargers, this is also looking like a very hard goal to achieve.

Only Hungary is faring well on that front: there are already 1,562 public charging stations, according to the LeasePlan fleet management company.

From cars to batteries

In fact, boosting e-mobility is simultaneously a remedy and a necessity for the Visegrad given its dependence on car production. The four countries are counting on their strong car industry to serve as a basis for meeting their future e-plans in both auto and battery production.

The Polish PM’s belief in one million e-cars by 2025 assumes that his country would become an e-car producer.

Although the first local project – an electric delivery van ‘Elvi’ planned by the company Ursus – is questioned after two strategic partners pulled out, a new one was launched by four Polish energy companies within the Initiative ‘ElectroMobility Poland’. The model of a passenger car should be presented this spring.

Batteries are one crucial component of the electric vehicles. According to the new paper by the European Court of Auditors (ECA), they represent around 50% of the vehicle’s cost.

Poland is aware of that. Last year, Korean company LG Chem opened an e-car battery production near Wrocław. It invested €500 million, employs over 2,000 people and plans to produce 100,000 batteries per year.

This year, Škoda, a Czech subsidiary of VW, plans to produce its first electric car and by 2022 it wants to launch ten new electric car models.

The country also mulled investments into battery factories by Elon Musk’s Tesla and China’s Contemporary Amperex Technology Limited, but the outlook for both is now more bleak.

However, Czechs have their very own battery production company. In late 2019, HE3DA, which is using the patent of a Czech scientist, will start production of lithium batteries at the Magna Energy Storage factory in North-Eastern Czech Republic.

In Hungary, it is mainly multinational car manufacturers who invest in the sector. Audi has already started manufacturing electric cars, while Mercedes-Benz announced the construction of its first ‘full flex’ factory, which will start manufacturing various models – including electric ones –in 2020.

As for the battery production, the world-leading Samsung and SK Innovation are building plants in Hungary.

But as Visegrad’s most advanced country shows, the next frontier is involving local companies in the global transition.

As Managing Secretary-General of the Hungarian Automotive Industry Association Csaba Kilián told Political Capital: “While remedying the labour force shortage with robotization, the majority of large international companies perform exceptionally well. It would be important for Hungarian SMEs to follow their lead and that’s why they still need a stable and predictable legislative environment,”

Despite being the biggest laggard among the four countries, Slovakia wants to do better. European Commission Vice-President Maroš Šefčovič, a Slovak national, wrote on Facebook that he “wishes a lot that Slovakia, too, hosts a gigafactory for battery production, so important for the unstoppable transition towards electric vehicles”.

According to the ECA, the Commission considers that meeting EU battery demand alone, which it estimates could reach a value of €250 billion a year by 2025, would require at least 10 to 20 large-scale battery cell production facilities, or ‘gigafactories’, producing around 200 GWh of lithium-ion batteries per year.

The Visegrad countries are at least in the race now but there is still a lot of catching up to do.