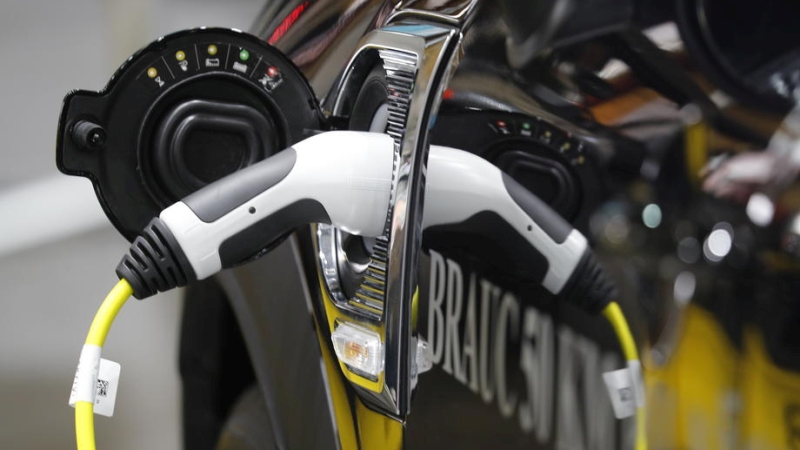 Only six major carmakers signed the declaration, among them Mercedes-Benz, Ford, and Volvo. [EPA-EFE/TOMS KALNINS]

A COP26 pledge to stop the sale of polluting vehicles by 2040 has been called insufficient by climate campaigners, who criticised the absence of major economies, including the US, Germany, and France, as well as leading car manufacturers, such as Volkswagen and Toyota.

The declaration was open to country and city leaders, automakers, businesses with sizeable vehicle fleets, financial institutions, and investors.

As part of the declaration, local and regional governments commit to converting their vehicle fleets to electric by 2035 at the latest, while businesses promise to do so by 2030.

A total of 26 nations signed the pledge, including COP26 host, the United Kingdom, Canada, and India, as well as EU countries Poland, the Netherlands, and Austria.

Only six major carmakers signed the pledge, among them Mercedes-Benz, Ford, and Volvo. Other leading companies on board are ride-hailing company Uber and food retailer Sainsbury’s.

But Martin Kaiser, executive director of Greenpeace Germany, said the commitment is not in keeping with the goal to limit global temperature rise to 1.5 degrees.

“What’s gravely concerning today is that major economies like the US, Germany, China, Japan and manufacturers like Volkswagen, Toyota, and Hyundai could not even bring themselves to sign a declaration on electric vehicles that promises less than what’s actually required to maintain climate security,” he said in a statement.

“With China, the US, Germany and France absent, it will take more than a non-binding declaration to clean up the largest source of transport pollution,” T&E said in a statement.

Germany’s transport minister Andreas Scheuer tweeted on Wednesday (10 November) that the country would not sign the declaration due to a dispute over whether the internal combustion engine has a role in cutting emissions.

While fossil fuels should be phased out, combustion engines running on clean-burning e-fuels made from renewable energy can be part of the solution, argued Scheuer.

However, while the United States is not on board, key car-buying states like California and New York are.

The declaration is broadly in line with EU plans to ban the sale of new cars and vans that produce carbon emissions by 2035. The European Commission first announced the proposal in July as part of its ‘Fit for 55’ climate package, a series of laws aimed at reducing emissions across the bloc by 55% by 2030 compared to 1990 levels.

This proposed legislation is currently being debated by the EU’s co-legislative branches, the European Parliament, and the Council, which represents member states.