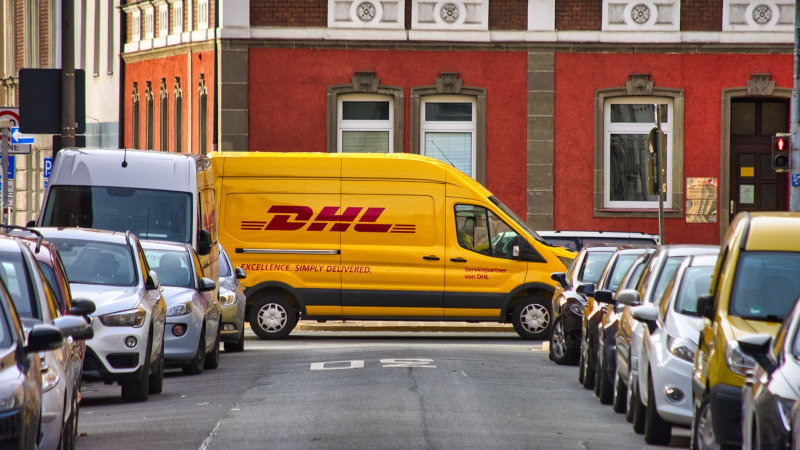 The sale of electric vans has been sluggish despite a boom in home deliveries, spurred by pandemic-driven online shopping. The lack of clean vans on European roads will harm chances to reach emissions targets. [Manuel Alvarez / Pixabay]

The sale of electric vans has been sluggish despite a boom in home deliveries, spurred by pandemic-driven online shopping. The lack of clean vans on European roads will harm our chances to reach emissions targets, writes James Nix.

With shops shut down, e-commerce surged during the pandemic. And with the genie out of the bottle, online shopping is set to grow further as consumers get a taste of home deliveries. Vans play a vital role in this. But unless new vans go electric, more home deliveries will trash the planet.

Currently, only one in 50 new vans is electric. Most van-makers continue to cash in on new diesel vans. Ford-Volkswagen, a commercial vehicle partnership between the two carmakers, sold just 2,400 electric vans in 2020 compared to around 400,000 of the diesel and petrol sort. Fiat, Toyota, and Iveco sold less than 200 e-vans between them last year.

Renault and Nissan accounted for around half of electric sales in 2020, selling just under 15,000 e-vans. Even now, e-vans are still just a tiny drop in an ocean full of fossil-fuel engines.

This matters. Based on data from Paris, the average van emits almost twice the nitrogen oxides NOx of the average car. NOx is a particularly harmful air pollutant linked to a number of respiratory problems, including asthma and bronchitis.

Vans today represent 14% of NOx emissions from vehicles in cities, adversely impacting the 70% of Europeans living in urban areas. It also explains why so many cities want new vans to go electric.

Then there’s the climate impact. With van sales rising quickly, particularly of heavier models, CO2 emissions from all vans on EU roads grew by 58% since 1990, compared to 20% growth from cars. To meet the European Green Deal’s commitment to climate neutrality, all sales of new vans need to be zero emissions by 2035 at the very latest.

But progress on the ground is slow. The average new van in 2019 emitted 159g of CO2 per kilometre. The comparable figure for 2020 is 154g – only half the rate of annual reductions needed to reach full zero-emission output by 2035.

As most EU van-makers dither, recent announcements from their truck-making colleagues show how sleepy the majority have been. Half of all Scania’s new trucks will be electric by 2030.

MAN pledges that at least 60% of its new delivery trucks will be emissions-free by the same date. Based on these announcements, 30-35% of new truck output is expected to be zero-emission by 2030.

For vans, it would be less than 20%. So, without robust regulatory intervention, Europe faces comparatively lower sales of electric vans despite their battery requirements being just a fraction of those for trucks.

Voluntary announcements, as seen from certain truck-makers, are welcome. But law is better. This is something advocates for cleaner vehicles learned the hard way after carmakers failed to respect voluntary CO2 reduction commitments they made in 1998.

The European Commission needs to set strict targets. All new vans must be zero-emission by 2035 at the latest and, as the ramp-up in production takes time, at least half by 2030. To ensure timely progress in the coming years, sign-post targets are needed: 15% of all new vans should be electric by 2025, 20% by 2027.

Van CO2 weight rules also need to be addressed. Under the current system, making a van heavier increases the amount of CO2 it is allowed to emit, contributing to rising sales of bigger vans.

Left to their own devices, van-makers have failed to shift to electric. Regulation is needed to ensure e-commerce’s payday doesn’t leave the planet paying the bill.