Newspeak can’t obscure that EVs remain the most efficient choice 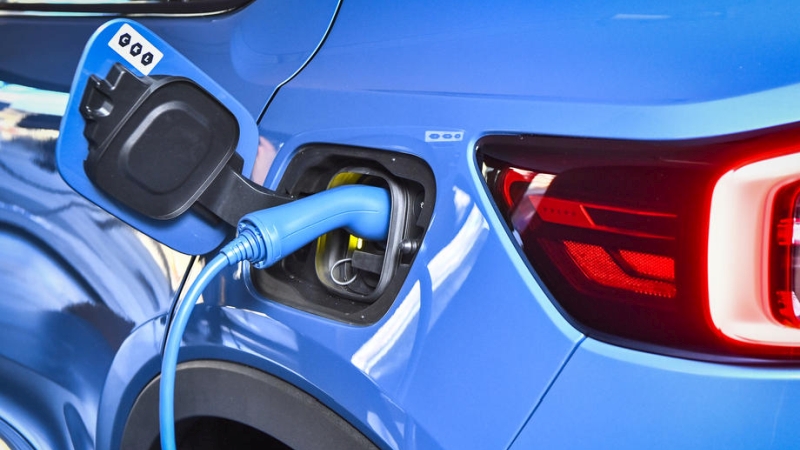 "The direct use of electricity in electric vehicles remains the more efficient and environmentally compatible solution by far." [EPA-EFE/Claudio Bresciani/TT SWEDEN OUT]

An attempt to redefine the notion of efficiency to bolster the case for synthetic fuels is simply a smokescreen to hide the truth: that battery electric vehicles are the far more efficient solution, writes Günter Hörmandinger.

In October 2020, the consulting firm Frontier Economics published a study that undertakes to conduct a “comprehensive efficiency analysis” in the debate on climate policy in the road transport sector, and which has caused a certain amount of confusion.

This is not an abstract discussion of technical jargon. Instead, it is linked to the debate about whether synthetic liquid fuels on the basis of renewable electricity (Power-to-Liquid, or PtL) are a sensible option in comparison to battery-powered electric vehicles (BEV).

The assessment of this question plays an important role in the context of political decisions e.g. regarding the EU Regulation on the CO2 limit values of passenger cars.

The study compares two cases. One is a battery-electric vehicle that is powered by renewable electricity produced in Germany. The other is a vehicle with a combustion engine using PtL fuel that is produced in third countries.

The study arrives at the astonishing conclusion that the efficiency of using green electricity in BEVs does not amount to some 70% as other studies have found, but that on the basis of the “comprehensive analysis” developed in the study it is just 13% to 16% and thus in a similar magnitude as that of PtL-powered combustion cars which is found to be between 10% and 13% depending on the scenario.

Agora Verkehrswende considers this result as misleading and wrong. It rests centrally on an inappropriate redefinition of the notion of efficiency.

What notion of efficiency to use for road vehicles?

In technical contexts, the efficiency of a machine or a process is understood to be the ratio of output to input. In the present case of road vehicles powered by renewable electricity, this is given as the ratio of the propulsion work acting at the wheel to cover a certain distance (also taking into account on-board energy users such as heating and cooling) to the input energy initially supplied.

Solar and wind energy are harnessed in the form of electricity. Thus, the input energy here is the amount of renewable electricity that has to be generated initially.

That is where the study comes in. It highlights the well-known fact that in certain areas in the world there is a higher amount of solar irradiation or wind intensity than around here.

The study indicates the capacity utilisation of a solar plant in North Africa, expressed in equivalent full-load hours, at a magnitude of more than 2,300 hours per year while it is below 1,000 hours in Germany. Wind turbines in especially wind-rich areas such as Patagonia come in at above 4,700 hours as compared to a little above 2,000 hours in Germany on land or close to 3,400 hours off shore.

There is a catch, however: because of the great distance, this electrical energy can only be used by converting it into chemical energy carriers and transporting it here which requires a sizeable number of processes and energy conversion steps.

The capacity factor is not a part of the efficiency

It makes good sense to compare this form of energy supply with the direct usage of domestically produced renewable electricity, and a number of studies have done so. But it makes no sense at all to factor in the locally varying amount of available energy into the notion of efficiency.

Yet that is precisely at the heart of the method developed in the study on which rests the claim of energetic comparability of the two alternatives.

As mentioned, the same wind turbine will produce more electricity in favourable locations in Patagonia than in Germany, not because it is more efficient, but because there is more wind in those places. There is a well-established notion to describe this state of affairs called the capacity factor which is given by the ratio between the full-load hours referred to above and the total of 8,760 hours in a year.

The capacity factor is a feature of the location, not of the wind turbine, and has no place in the definition of efficiency, and likewise for solar cells.

The PtL energy supply path is obviously subject to much higher energy losses than the direct use of renewably generated electricity in battery vehicles, and this is not disputed in the study (even though much more could be said about the choice of individual parameters in the calculation). To argue away this fact by means of a redefinition of the notion of efficiency leads to Orwellian newspeak in the energy debate and makes no sense.

PtL fuels are no option for passenger cars

Issues of long-term economic viability, potential quantities and sustainability criteria for the production of PtL fuel are mostly not covered by the study. The high primary energy demand in the production of PtL further raises the pressure on the extension of renewable electricity generation that is indispensable also in other world regions.

In addition, renewable energy power plants also consume resources. That is why achieving the highest possible efficiency in using this electricity remains of the utmost importance and will continue to do so for the foreseeable future. Hence the PtL pathway must remain limited to those applications for which there are no alternatives according to current knowledge, especially long-distance aviation.

To sum up, the efficiencies of the two energy pathways in road transport are not, as claimed in the study, of comparable magnitudes. The direct use of electricity in electric vehicles remains the more efficient and environmentally compatible solution by far.