Why is the European Commission dismantling the continent’s most successful EV charging model? 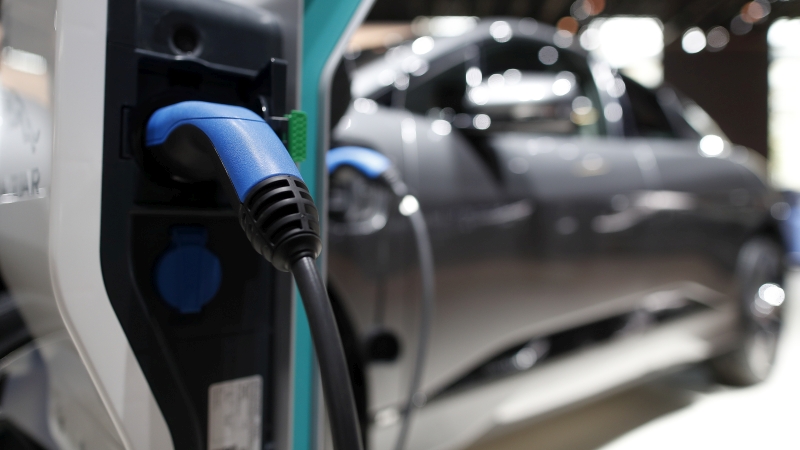 The European Commission will prevent other EU states from doing what the Netherlands did in establishing a charging network with limited public subsidies, argues T&E's William Todts. [EPA-EFE/IAN LANGSDON]

The Netherlands is a world leader in EV charging infrastructure, thanks partly to their use of multipliers – a statistical method that encourages the use of renewable energy in transport. But the European Commission’s decision to eliminate multipliers for electricity will destroy the successful Dutch model, argues William Todts.

Something very strange is going on in the European Commission.

And yet, at this very moment that very same Commission is making plans to dismantle Europe’s most successful and least subsidy-hungry charging model.

Instead it looks like it’s opting for a policy that incentivises biofuels; biofuels that, as T&E’s latest study shows, are trashing the planet.

Charging companies invest in chargers based on the expectation that they will one day make a profit. One of the key reasons we do not have enough charge points is that the business case is not easy; especially if you want to keep the cost of e-driving below that of driving on petrol and diesel.

But one country seems to have found a solution. The Dutch have the densest and best-functioning EV charging network in the world, and have achieved all this with very little government subsidies.

Just like every other EU Member State implementing the RED II, Europe’s green fuels law, the Netherlands requires fuel suppliers like Shell to invest in clean transport fuels. But unlike most other EU countries, the Dutch renewable fuel law isn’t just about biofuels, but also includes electricity.

Following RED II guidance, the Dutch created a multiplier of 4 for electricity. This allows charge point operators to sell their renewable electricity at some 5 cents per kWh to fuel suppliers. Thanks to this system, the Dutch managed to halve payback times for chargers outside prime locations.

Other leading EV states have similar models. California’s Low Carbon Fuel Standard was the world’s first and earlier this year Germany and France voted to introduce a Dutch style system. All include electricity and introduce a multiplier or more accurately an ‘energy economy ratio’ as the Californians call it.

After all, the ‘wind to wheel’ efficiency of an electron from a solar panel or a wind turbine going to wheels via an electric motor is roughly 80%. The ‘field to wheel’ efficiency of the regular renewable option in transport, biofuels, is around 20%, largely because of the inefficient combustion, but also because of the energy lost during biomass processing. Hence the factor 4.

Late last year the Commission said it would change the Renewable Energy Directive’s accounting system for electricity to make it support the EU’s electrification and charging goals.

And then something happened. According to the latest draft of the law the Commission now wants to prevent other EU states from doing what the Netherlands did in establishing a charging network with limited public subsidies.

In its new plan the Commission wants to eliminate the multipliers for electricity. Instead it proposes to change the architecture of the renewable energy directive by turning it into a greenhouse gas savings target despite the hopelessly inadequate way the EU does the carbon accounting for biofuels.

The Commission’s u-turn is a big step backwards. The elimination of the multiplier for electricity makes a mockery of the ‘efficiency first’ principle, it strengthens the monopoly biofuels have in the RED and it will hinder Europe’s electrification goals.

If the Commission persists, the Netherlands may need to dismantle one of the key success factors behind its charging network. Germany and France would need to abandon a reform they just agreed and other countries would not be able to copy the Dutch-Californian success story. Ultimately, governments and taxpayers will be footing the bill for this.

This is the world upside down. If the Commission is serious about moving beyond bad biofuels and building a world class and seamless European charging network it should go Dutch.