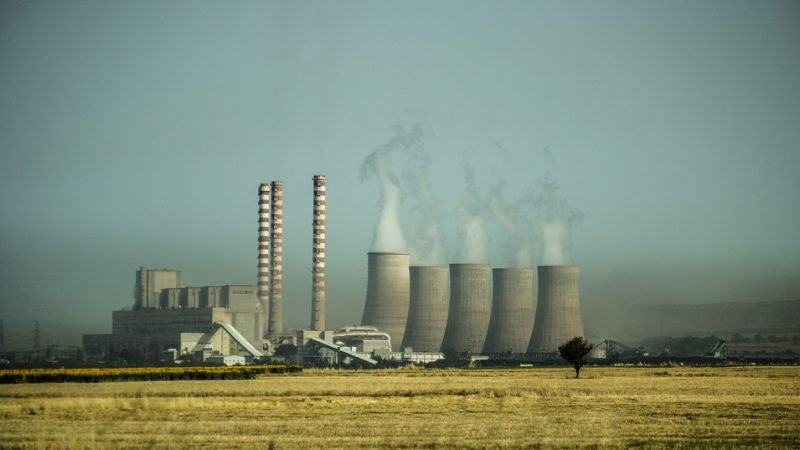 EURACTIV has learnt that Athens and Sofia will wait for a 12-month expert study, during which time Bulgaria’s ruling coalition will have to agree on the new power. [Shutterstock/Bojan Spasovski]

Bulgaria and Greece have progressed in their talks about constructing a nuclear power plant, but the liability issue in case of an accident remains unresolved, according to EURACTIV’s partners in Sofia and Athens.

Negotiations between Bulgaria and Greece on constructing a nuclear power plant are still in their infancy, but Sofia has reported “good intentions” from their counterparts in Athens.

The idea was first announced by Bulgarian Deputy Prime Minister and Finance Minister Asen Vassilev after returning from a visit to Greece on 22 February, where they spoke with Greek Prime Minister Kyriakos Mitsotakis.

EURACTIV has learnt that Athens and Sofia will wait for a 12-month expert study, during which time Bulgaria’s ruling coalition will have to agree on the new power plant.

Assen Vassilev announced in late February that the goal is to sign a 20-year agreement with Greece to use Bulgaria’s nuclear power. According to him, the nuclear project should be built “extremely quickly” since there is a buyer for electricity, eliminating business risk.

However, the project cannot be built faster than the minimum deadline of six to eight years, and the price is still undefined.

Bulgaria will not be able to use the purchased two Russian nuclear reactors because their installation will not be possible without Russian participation, which is impossible due to the war in Ukraine and the sanctions imposed.

The economic study of the British bank HSBC, made for the project for the second nuclear power plant in Bulgaria in 2012, showed a price of €10 billion, with electricity costing €75 MWh, but the accumulated inflation over the last 10 years is significant.

Minister of Energy Alexander Nikolov points out that the project could only be built quickly only on the existing nuclear power plant site in Kozloduy.

Sources close to the matter told EURACTIV Bulgaria that there is a serious problem before a future agreement with Greece: how the issue of responsibility will be resolved.

“There is no scheme under which the responsibility can be transferred proportionally to another state – according to the Vienna Convention on Civil Liability for Nuclear Damage […] It is necessary to clarify the mechanism by which Greece wants to get involved in the project – as a shareholder or only as a buyer of electricity,” the source said.

“The Greeks are aware of the internal problems, and the negotiations must be conducted very carefully – so as not to become like the waters of Mesta,” the source added.

According to a bilateral agreement, Greece benefits from 29% of the total average natural multi-year outflow of the Mesta River until 2030. The agreement was signed in 1996 and was sharply criticised in Bulgaria for significantly reducing water use in the country’s southwestern part.

In Athens, sources from the environment and energy ministry told EURACTIV Greece that the project talks are still premature but highlighted the long-term cooperation with Bulgaria, emphasising that there is also the principle of reciprocity in this framework of collaboration.

“If Bulgaria needs electricity, we have to help them as they do,” an environment ministry source said.

Regarding the role of Greece in the nuclear project, the sources said Athens’ role would “either be that of facilitator for the purchase of energy from Greek industrial customers or any other mutual interest will be considered”.

Meanwhile, EURACTIV Greece was informed that a second power interconnection between Greece and Bulgaria would be established soon, increasing the capacity from 500 MW to 1600 MW.

A source said that the Greek electricity transmission system operator (ADMIE) is due to seal the deal soon.

The same source added that Bulgaria, and possibly other countries in the wider region, will use Greece’s Revithoussa terminal station for LNG storage.

Following Russia’s invasion of Ukraine, the EU has decided to break away from Russian fossil fuel supplies and temporarily switch to LNG.

According to a factsheet provided by the White House, the European Commission will also work with EU countries to ensure they can receive about 50 bcm of additional LNG until at least 2030. This includes LNG terminals and infrastructure as well as improving gas storage.