European countries have struggled to meet an earlier objective of linking up at least 10% of power grids by 2020, in line with the bloc’s flagship Energy Union strategy.

The objective was raised to 15% last year with a view to completing the internal electricity market and meeting the EU’s 2030 objectives on renewable energy and climate change.

But EU member states are now considering ways of scrapping all references to power grid interlinkage from European policy documents, EURACTIV has learned.

The debate on interconnectivity came up as part of ongoing talks over the European Commission’s electricity market design proposals, which are part of a mammoth clean energy package of legislation tabled a year ago.

“Regarding the directive, the main outstanding issues are regulated prices and interconnectors,” said an official from the Estonia, which currently holds the six-month rotating Presidency of the Council representing the 28 EU member states.

“On the interconnectors, there are outstanding elements on the derogations for the lines to/from 3rd countries, but also on the intra-EU interconnection target,” said the official from the Estonian EU Presidency.

Pressed by EURACTIV to elaborate on the level of intra-EU interconnection that was being debated, the official replied: “It is not really that a number is debated but rather whether to have any reference at all to interconnection targets mentioned in earlier Commission documents.”

Estonian officials said it was unclear whether the target would be maintained or not, admitting that the discussion on interconnectors was “divisive” and could swing both ways ahead of a meeting of EU energy ministers next Monday (18 December).

But the fact that the interconnectivity target is being questioned at all was enough to worry supporters of renewable energies.

“Dropping the reference to the 15% interconnection target is a bad sign,” Meggelaars told EURACTIV.

“Electricity is the last commodity that is not freely traded in Europe. Bottlenecks exist due to inadequate grid infrastructure and interconnections between countries. It hinders EU member states from securing potential cost savings that a common and interconnected power market could offer.”

The lack of interconnectors has allowed countries to protect their electricity market from competition. For years, France has played for time before agreeing to a cable linking up with Spain’s power grid. The electricity interconnection capacity between both countries is expected to double when the Biscay Bay line is completed in 2025.

But EU countries are still dragging their feet in meeting the 10% interconnection target for 2020.

According to the Commission, eleven Member States were below the 10% target in 2017 – Bulgaria, Cyprus, Germany, France, Ireland, Italy, Poland, Portugal, Romania, Spain and the United Kingdom.

Seven EU countries – Romania, Germany, France, Italy, Bulgaria, Portugal and Ireland – are currently implementing projects of common interest (PCIs) that should allow them to reach the 10% target by 2020, the Commission said in its latest communication on strengthening Europe’s energy networks, adopted in November.

And four member states – Cyprus, Poland, Spain and the UK – are expected to remain below the 10% electricity interconnection target in 2020. 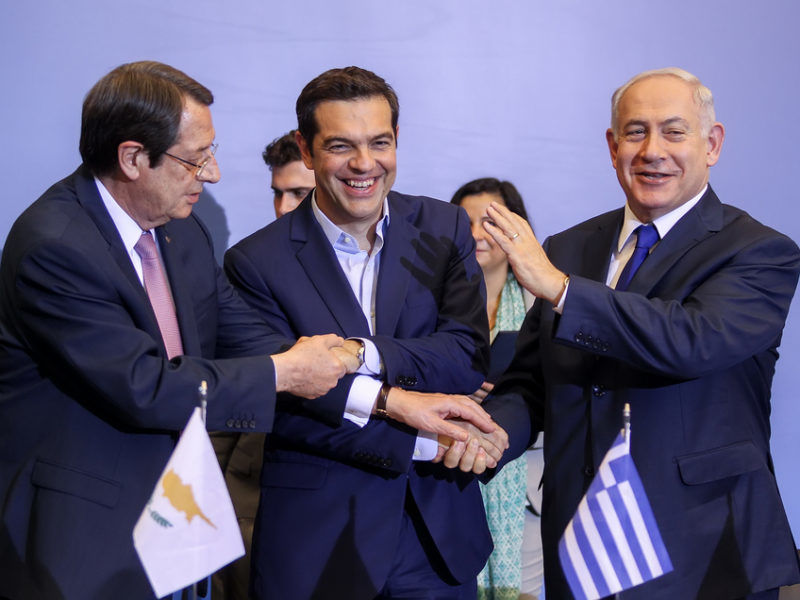 Joël Meggelaars from WindEurope listed the specific regional bottlenecks that still have to be tackled: “the build-out of the German North-South grid; synchronising the power networks of Baltic States with continental Europe; and connecting clusters of offshore wind farms on the North Sea.”

To make the 15% target operational, the European Commission decided to set up an Expert Group, which submitted a report in November.

Eurelectric, the EU power industry association, told EURACTIV it supports grid expansion as a way to remove bottlenecks to cross-border energy trade and integrate renewables, saying: "We acknowledge that the current interconnection target of 10% by 2020 has already given an important signal to the integration of the electricity markets."

"However, Eurelectric is not convinced that a political target (15% by 2030) is the most appropriate tool to ensure a cost-efficient development of infrastructures given the variety of member state characteristics. A one size fits all approach and a single 'formula' to measure 'interconnectivity' is not the right approach as it could lead to non-viable or inefficient investments."

Eurelectric said it backed the "new approach" for setting interconnection targets laid down in the European Commission expert group, which submitted its final report in November.

The new approach proposes that the development of additional interconnection should be considered – after a thorough cost-benefit analysis – if any of the following three indicative thresholds is triggered: