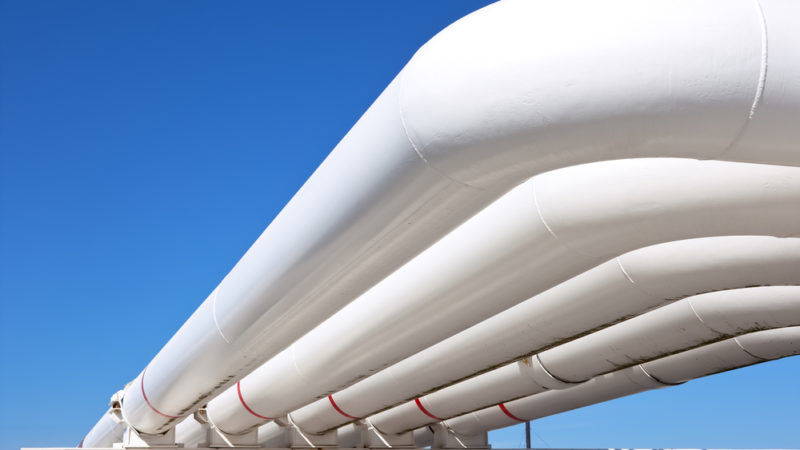 A new study into the impact of a carbon cap on capacity mechanisms warns that the EU's gas demand would skyrocket as a result. But the report's methodology has been called into question. [Shutterstock]

A European Commission proposal aimed at capping fossil fuel subsidies across the EU could have perverse effects by promoting investments in new gas-fired power plants instead of renewable energies, according to a new study.

As part of the EU’s plans for an internal electricity market, the European Commission has proposed putting a carbon cap on power plants, which would preclude any facilities emitting more than 550g of CO2 per kilowatt-hour from receiving state subsidies.

This limit mirrors a similar policy implemented by the European Investment Bank (EIB), which has ceased funding any projects that exceed the 550g threshold.

While the Commission is standing by its ‘EPS 550’ requirement, EU member states are less supportive.

And power utilities are strongly opposed. Eurelectric, a trade group that represents big power generators such as Germany’s E.ON, France’s EDF and Italy’s Enel, has rejected EPS 550 since the Commission first added it to its electricity market proposal without carrying out an impact assessment, which was eventually provided at a later date.

While insisting that they back decarbonisation efforts and the targets of the Paris Agreement on climate change, Eurelectric warned that the Commission plan, if approved, could trigger a wave of investments into gas-fired power generation that will lock Europe in to using fossil fuels for decades to come.

“The wrong tool for the right cause”

In a new study released on Tuesday (26 September), Eurelectric concluded that the 550g proposal would not only disqualify coal-fired power stations from subsidies, it will also eliminate so-called gas “peakers” which can be turned on at short notice in response to demand surge.

Most of those indeed fall above the 550g threshold, which is not the case for the more efficient baseload gas power stations.

Eurelectric Secretary-General Kristian Ruby said: “What is overlooked in the proposal is that it could harm assets that are not coal-based. It will, for example, hit the fast ramp-up ramp-down assets that back up renewables when the wind stops blowing.”

By eliminating the least efficient gas power stations from the capacity market, the study claims that utility providers will likely react by investing in new natural gas plants that come in under the 550g limit, instead of carbon-free renewables, because of security of supply concerns.

Overall, this would create a 40% increase in gas consumption for the power sector between 2020 and 2040, the study claims.

The study also warned that the measure would lead to additional power sector expenditure of some €50 billion between 2020 and 2040, mostly in additional abatement costs.

It is the “wrong tool for the right cause”, said one industry source.

Fabien Roques, a senior consultant in the team that produced the study, said there was a legitimate concern about the timeframe of the Commission’s 550g proposal, regardless of people’s personal opinion about coal and renewables.

Speaking at a Eurelectric event on Tuesday (26 September), he warned that according to calculations, 9GW of peaking capacity would have to be installed as of 2025 because of the 550g rule. However that additional capacity would only be needed for five to ten years, he predicted, because the expected fall in battery prices will soon make those additional power stations redundant. 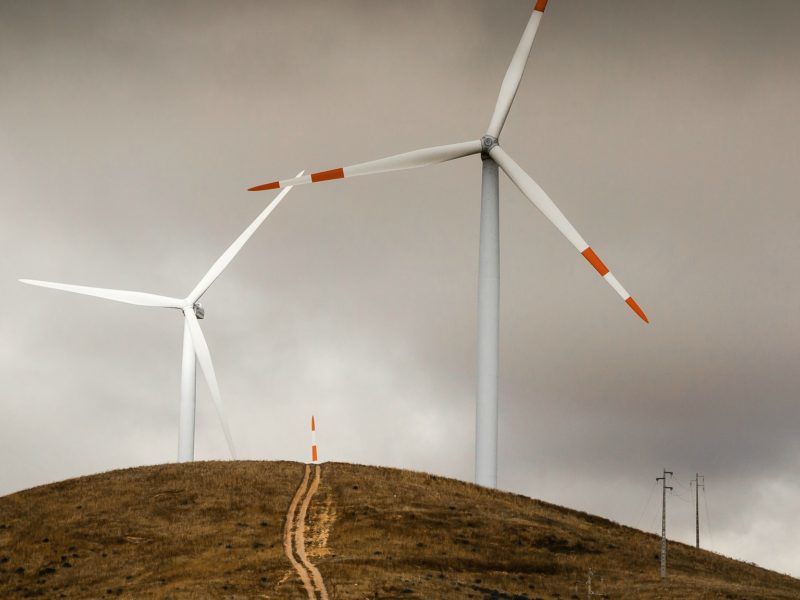 Critics of the study say it appears to assume renewables will contribute little to supply security, although prices of green electricity have plummeted in recent years and many projects now proceed subsidy-free.

James Watson, the CEO of SolarPower Europe, a trade association, is among those who disagree with the study’s conclusions. He insists that “adopting a 550g CO2/kwh criterion will speed up the rollout of renewable energy generation”.

Instead of imposing a carbon cap, the Eurelectric study suggests refurbishing coal-fired plants and prolonging their lifetimes from 40 to 60 years. This would avoid a lock-in scenario into new gas generation and could be paid for through the capacity mechanism framework, it argues.

But critics say this would extend coal power plants into the 2030s, something that would go against the Paris Agreement-compliant scenario put forward by the International Energy Agency (IEA), which concluded that unabated coal power must be phased out by the beginning of that decade.

Several green groups have made the point that the continued operation of coal-fired plants would also impose external healthcare costs associated with air pollution and particulate matter that could run into the billions.

The head of unit of the Commission’s internal energy market unit, Florian Ermacora, was rather dismissive when asked about the Eurelectric study, quipping that the group would have spent their money better by funding research into renewables and market access.

Green MEP Claude Turmes rejected the study’s warning that EPS 550 could lead to a 40% increase in gas consumption by 2040. He insisted that the methodology used to arrive at that figure was flawed as it assumes that all coal capacity would be replaced by natural gas and that other sectors would not reduce their consumption.

Turmes added that the study based its findings on a scenario in which all member states would have market-wide capacity mechanisms, even though only the UK and Ireland currently have plans for them and several countries have voiced a preference for strategic reserves instead, including Germany and Denmark.

He also warned that fears about the security of energy supply were being inflated in the study, which failed to take into account diversification of supply efforts, infrastructure upgrades such as reverse flow capacity and falling renewable technology costs.

“The study is a blunt and unashamed effort to push the EU legislator with fake facts and distorted modelling assumptions,” the outspoken Luxembourgish lawmaker told EURACTIV.

One of the main champions of the 550g proposal is a trade group called Make Power Clean, a broad coalition bringing together energy providers such as Eni, Statoil and Total, as well as renewable energy associations SolarPower Europe and WindEurope.

Asked to comment on the study, a spokesperson for the coalition told EURACTIV that EPS 550 “is yet another instrument to bring us closer to the 2°C objective without posing any risks to the security of supply nor to the competitiveness of energy prices”. 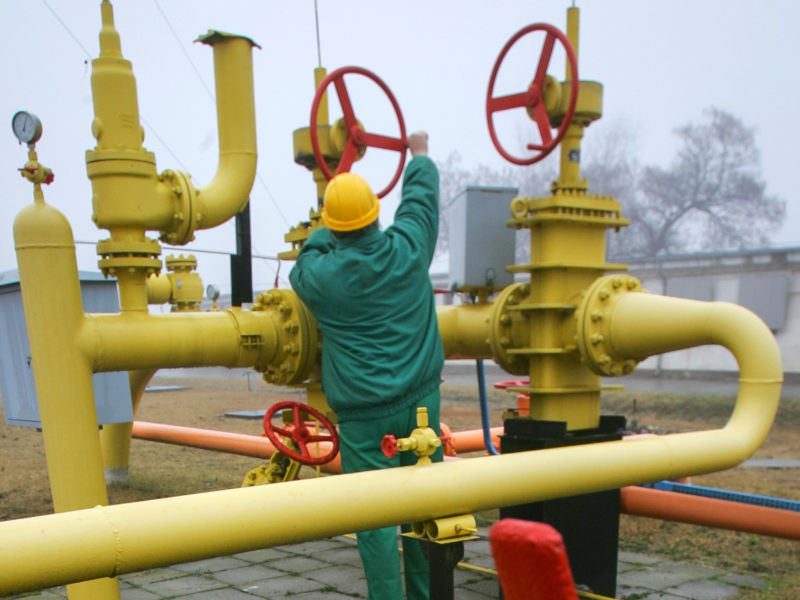 Some clean energy groups also discard the study’s claim that the Commission’s proposal will have only a minor impact on emissions reduction.

Sandbag, a climate think tank, warned that keeping coal plants open longer would not be offset by reductions in other sectors by the Emissions Trading System (ETS) because the supply of carbon permits is no longer fixed and is now set by the market stability reserve.

The effectiveness of the ETS has been suspect since it was first launched in 2008, as an overallocation of permits has produced an extremely low carbon price, meaning it is often cheaper for operators to pollute rather than cut emissions or phase out fossil fuels. A reform of the system is currently underway.

The Commission currently has its hands full trying to convince EU member states to back the 550g proposal, with a view to launching trilateral negotiations on the Electricity Market Directive early next year. It remains to be seen if the Commission will be swayed by the findings of the Eurelectric study.

Krišjānis Kariņš, a Latvian centre-right lawmaker who is rapporteur for the directive in the European Parliament, admitted at the Eurelectric event that it would be “challenging” to get his fellow MEPs to agree on a compromise by December, given that well over 2,000 amendments have been made to the legislation.

In its role of mediator as part of the rotating EU presidency, Estonia recently put forward a compromise with the hope of kick-starting negotiations among stubborn EU members.

While coal-lite countries fully back the plan, others like Poland, which are heavily dependent on coal for power generation, are not so keen on the idea. Estonia has suggested rewording some of the language in the proposal and granting big polluters a certain amount of operating hours per year in lieu of an outright ban.

Capacity mechanisms are measures taken by member states to ensure that electricity supply can match demand in the medium and long term. They are designed to support investment to fill the expected capacity gap and ensure security of supply.

Typically, capacity mechanisms offer additional rewards to energy providers to keep plants on stand-by in case there is a shortfall in supply, on top of income obtained by selling electricity on the market.

The European Commission has warned that such interventions could lead to the fragmentation of the planned single European market for electricity and launched a “sector inquiry” into those national support schemes, led by Competition Commissioner Margrethe Vestager. An interim report issued in April 2015 concluded that member states need to be “more thorough” in assessing whether such schemes are cost-effective or distort the market, and indeed whether they are necessary at all.

However, many member states have ignored the Commission's calls, and have pressed ahead with a variety of schemes to remunerate generators for keeping power plants on stand-by.