Florent Marcellesi, a Green Member of the European Parliament, has accused the Commission of manoeuvring behind the scenes to clinch a deal on the proposed reform of EU electricity market rules, part of a “clean energy package” of laws that was tabled more than two years ago.

“A GDP-based derogation to exonerate Poland from their obligation to stop coal subsidies would condemn poor communities in this country to continue paying a lot of money to support the very plants which are poisoning them,” Marcellesi said.

“That is extremely shocking. The Commission should not even consider that option,” he told EURACTIV.

The EU executive declined to comment on ongoing negotiations.

Marcellesi sits in the European Parliament delegation at talks to reform the EU’s electricity market. Negotiations are expected to conclude on Tuesday (18 December) during a final round of discussions between the Parliament and the EU Council of Ministers, under the Commission’s watch.

The previous round of talks collapsed over Poland’s insistence to keep providing state aid to coal via so-called “capacity mechanisms” which remunerate power plants for remaining on stand-by to meet peak demand for electricity. Those “peak generators” are considered essential to avoid blackouts, particularly in winter, but they would be unprofitable without state support.

As part of its power market overhaul, the Commission has proposed phasing out state aid for plants emitting more than 550g of CO2 per kilowatt hour, saying capacity mechanisms should not be used as “backdoor subsidies” for fossil fuels. This was rejected by Poland, which relies on coal for nearly 80% of its electricity needs. 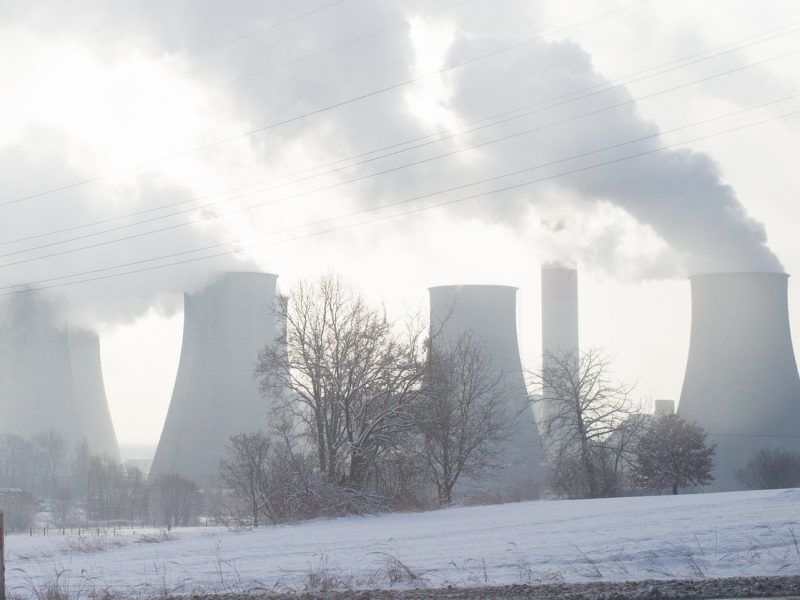 As negotiations on the EU’s new electricity market enter the home straight, diplomats are now weighing options to phase out coal support schemes while allowing some kind of derogation for Poland.

The GDP-related criteria was first floated before a meeting of EU energy ministers one year ago, and was originally thought to come from Berlin. But a German diplomatic source in Brussels denied the claim.

“Our interest is to be ambitious and to start the phase out of coal as early as possible,” the German diplomat stressed.

A proposed GDP-based derogation to #EPS550 rule limiting state aid for coal is doing the rounds ahead of tomorrow's triloge on #electricity market reform. It was recycled from last year but is being floated again. Little chances of passing though, I'm told. pic.twitter.com/Lv79Dm0X3R

The Austrian Presidency of the Council, which steers the position of the 28 EU member states, confirmed that a GDP-related exemption was discussed in the run up to a meeting of energy ministers in December last year, when the Council reached a “general approach” on the proposed electricity market reform.

“But it was discarded,” the source said. “And it’s not a proposal that the Presidency has put on the table,” he added, saying the agreement reached in Council last December had to be respected.

“We’re looking for a solution that is more ambitious than what we have in the general approach that still maintains the possibility for signed contracts to be honoured,” the Austrian source explained.

A possible compromise could take the form of a grandfathering clause to make sure the EU “does not interfere” with contracts passed with energy generators under a national capacity mechanism.

The details of such a proposal “still needs to be discussed” however, the Austrian Presidency source said, referring to Tuesday’s talks.

Poland is pushing hard to obtain such a clause. “One of the most important points for us is to ensure we have a grandfathering clause to make sure existing contracts passed under the Polish capacity scheme are protected,” said Witold De Chevilly, head of EU affairs at PKEE, the Polish electricity industry association. “We have a clear lack of capacity in Poland so if we don’t have stability for investments, we will have a security of supply problem,” he said.

The second issue, he said, is to get a derogation from the 550 rule. “Because, even if you have grandfathering, a derogation is still needed for existing capacity,” De Chevilly said.

EURACTIV understands that discussions are now mostly focused on when the 550 rule would start applying. “If you start early, the phase out can happen in smaller steps. And if you start late, the steps have to be bigger,” one EU diplomatic source explained.

According to people familiar with the matter, a GDP derogation would anyway be too far from the Council’s mandate and would have little chances of being accepted, especially by Parliament, which wants a strict timetable to phase out coal subsidies.

Moreover, the Austrian Presidency feels it still needs to “move towards Parliament” on the coal phase-out issue in order to find a compromise. “On the CO2 question, it is clear that we will have to make a big step towards the Parliament,” the Austrian source said, while “at the same time, defend the vital interest of the member states”.

“It’s clear that no single member state can determine the outcome of the negotiation. And for us in the presidency, it’s important to keep a broader view,” the Presidency source said.