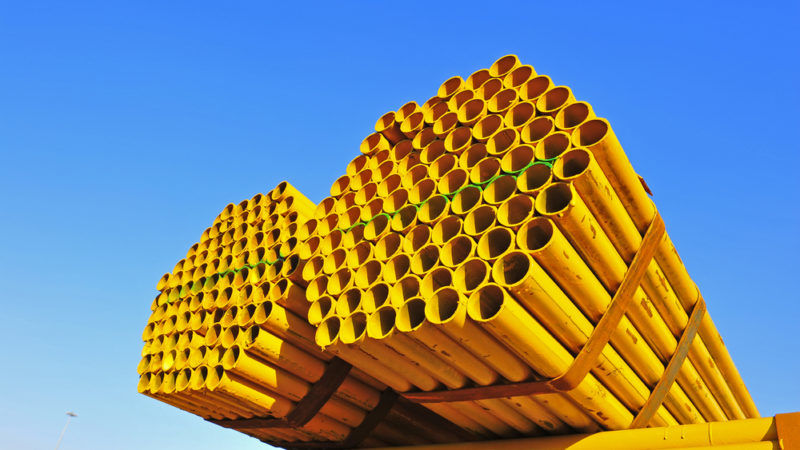 Electricity production in OECD countries increased 0.4% to 10,964TWh in 2016, according to provisional figures put together by the International Energy Agency (IEA).

In the same period, electricity from fossil fuels fell for the fourth year in a row. Coal decreased by 7.1% and oil by 7%.

But electricity from natural gas posted growth of 5.8%, meaning that gross production matched and is now set to overtake electricity generated from coal power.

Marco Alverà, president of association group GasNaturally, said that gas’s growing share is “good news for the climate and for air quality as these are the most pressing issues these days”.

He added that the OECD countries “have to lead the way and push forward with the shift from coal to gas. In the UK and US, this has proven to be the largest driver of carbon emissions reduction in power generation since 2016.”

Nuclear’s share of the energy mix has stabilised over the last five years at around 18% but took a slight hit last year as many facilities underwent maintenance. Wind and solar grew 7.7% and 19.2% last year, respectively, meaning renewable energies now total 8.2% of OECD gross electricity production. 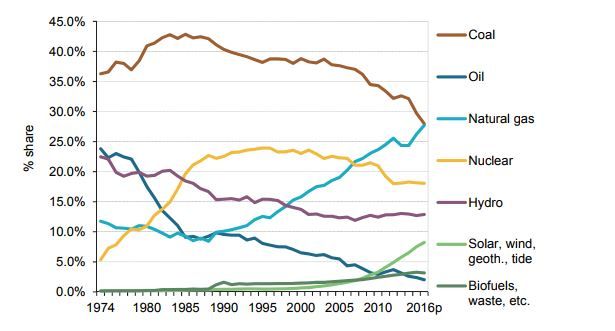 In non-OECD countries, comprehensive data was only available for 2015, when coal retained its dominant market share with 47.1% of electricity being produced from the fossil fuel. Natural gas and renewables posted slight growth on the previous year, while oil continued its sharp decline.

GasNaturally’s Alverà commented that “as the share of variable renewables increases in the future, cleaner, more energy efficient and flexible gas power plants will play an increasingly important role in balancing the power system to ensure a stable supply of affordable electricity”.

But it was not all good news for natural gas. IEA also reported that lower production and increased demand saw Europe’s OECD countries, which comprise all but six EU member states, fall below 50% self-sufficiency for the very first time in 2016.

In a trend that has been fairly constant since the mid-1990s, net imports grew sufficiently against domestic production to force the self-sufficiency figure below the halfway mark. 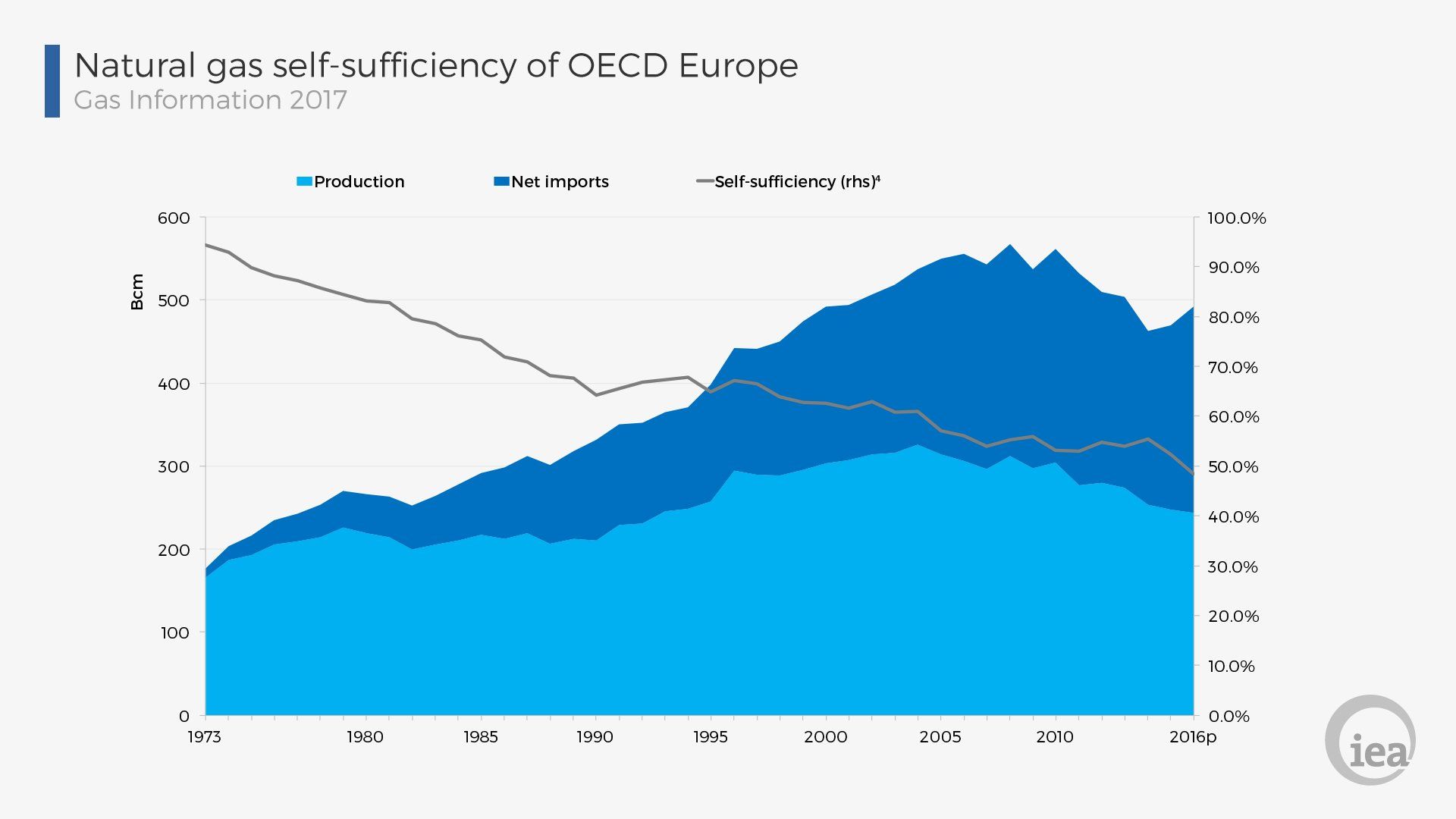 The International Association of Oil and Gas Producers’ Nareg Terzian welcomed the increased switch to natural gas but also warned that “the IEA’s figures show how important it is to encourage exploration and production in Europe and meet this demand by using the resources at our disposal”.

Europe’s reliance on gas imports was highlighted on 17 August, when Russian gas giant Gazprom announced that deliveries to prospective consumers of the Turkish Stream pipeline project were scaled up in the first eight months of the year.

OECD Europe actually consolidated its status as the world’s largest importer, after its members pumped in an additional 17.7 Bcm, about 50% of the globe’s pipeline trade.

Natural gas production rose 0.4% in the OECD as a whole last year but in the United States and OECD Europe, output fell by 17.3 Bcm and 3.1 Bcm, respectively.

WindEurope CEO Giles Dickson said: "It’s good to see electricity production from wind in the OECD went up a further 8% last year. It’s not a surprise: the share of wind in the power mix is on a steady curve - it’s now over 10% in Europe.  But the longer term outlook for wind in Europe is by no means secure. Only 8 out of the EU’s 28 member states have clear policies and volumes for renewables in place for the period beyond 2020.  We need governments to clarify as soon as possible on the how much new wind they’d like to see deployed up to 2030."