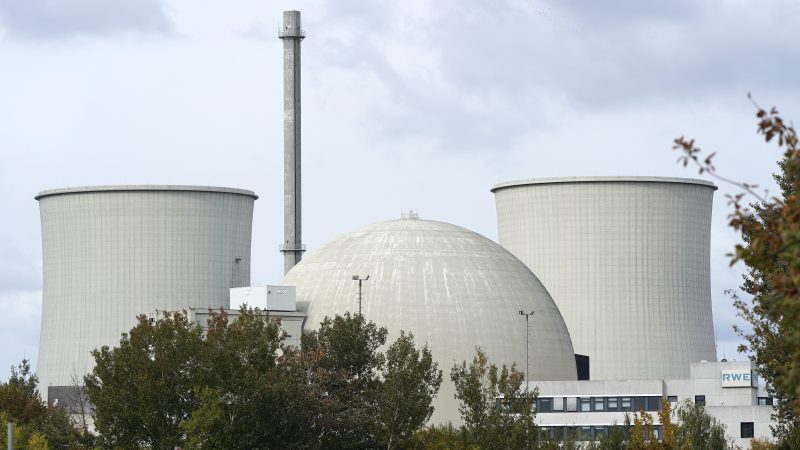 As Germany nears the end of its nuclear power plants, it is being urged to keep them running for the sake of the climate, hope may come from the ongoing coalition negotiations. EPA-EFE/RONALD WITTEK

In the letter, published by Welt on Wednesday (13 October), the authors, including environmental columnist George Monbiot and former editor-in-chief at Die Zeit, Theo Sommer,  call upon Germany to utilise nuclear power to help the country meet its climate targets.

“Germany is in danger of missing its 2030 climate target, despite all its efforts,” the authors wrote.

They said that exiting nuclear power would increase carbon emissions and result in Germany missing its 2030 climate target to cut emissions by 65% relative to 1990 levels.

Nuclear power has long been a contentious issue in Germany. The country agreed to accelerate the 2022 nuclear phase-out following the Fukushima disaster.

That decision is now questioned in the context of the upcoming change in government and the country’s rising climate ambitions.

The authors of the piece base their assessment on a draft government report seen by EURACTIV, which projects that without further action, Germany will reduce emissions by just 49% instead of the 65% it is legally obliged to.

But the draft report bases its assumption on the status quo of August 2020 and an EU ETS price of €30 per tonne of emitted carbon dioxide in 2030. This resulted in criticism from the German environmental ministry, who called the informative value of the report “very limited”, according to a note sent to journalists and seen by EURACTIV.

The ministry said the report failed to take into account the “measures investment programme from the ‘climate pact’”, the “rapid increase of the EETS-certificate price” which began in 2021, and the (then ongoing) negotiations over the Fit for 55 package. The latter, the ministry said, “was sure to have a great impact on climate protection in the 20s.”

For the authors, the path to meeting the climate targets, which the draft report states are imperilled, is clear: keep nuclear power running instead of shutting off Germany’s six last remaining nuclear power plants, which currently provide 12% of German electricity.

They argue that shutting them off would produce an additional 60 million tons of carbon emissions annually, as the power plants would be replaced by fossil fuel burning ones.

Consequently, German emissions would increase by 5% in regards to the 1990 emission levels, making that elusive 2030 65% goal even harder to reach.

The authors call upon politicians to be brave enough to implement such concrete changes with unequivocally positive impacts on emissions as the world is facing a climate crisis, which just so happens to be political dynamite in Germany.

Germany is home to one of the most consistent anti-nuclear movements in the world. The movement that sustains itself began in the 1970s and became the foundation of the German Greens, who first entered the German parliament in 1983.

Being anti-nuclear is a core identity of the Greens. They are currently undergoing negotiations on governing alongside the social democrat SPD and the business-friendly liberal FDP in a so-called “traffic light coalition.”

Nuclear power being a red line for the party, will likely be reflected in the next German government’s policy.

Yet the Greens are also committed to combating climate change, having promised to fight for a 70% emissions reduction target by 2030 in their election manifesto.

There is another party crucial to the coalition-building efforts in Germany: the FDP, who pride themselves on being technologically neutral, and who have historically been open to keeping nuclear power in the grid.

That much is known to the few pro-nuclear lobbying groups that remain in Germany, who have approached the FDP with a study showing that keeping the last six nuclear power plants on the grid would be “technologically possible,” as reported by FAZ.

“Extending the operating lives of the remaining nuclear power plants is possible and would save around one Gt of CO2 emissions over the years and help lower energy prices,” reads the statement by the pro-nuclear AKEN group.

Recent surveys have shown that more than half of the people surveyed see nuclear power positively, the group adds.

Talks about nuclear power have not yet featured prominently in party negotiations. It’s a sensitive issue for the Greens, German citizens, and the SPD.

It’s unknown whether the Greens can put aside their decades of disdain for a technology they consider highly dangerous and polluting and ally up with the FDP to convince the SPD to agree on an extension of the country’s last few nuclear power plants.