Fuel rods at the Brokdorf nuclear plant oxidised because of running the facility as a load following power station. [Shutterstock]

The Brokdorf nuclear power station, located in northern Germany, was taken offline in February after maintenance showed its reactor’s fuel rods had begun to unexpectedly oxidise.

A regional nuclear supervisory body has now ruled that the plant can be booted back up but only in “safe mode”, according to Schleswig-Holstein’s energy transition minister.

State Minister for Energy Robert Habeck (Greens) added that the power plant’s output should not be increased or decreased at short notice to adapt to the supply of renewable energies on the electricity grid. The minister warned that “atomic energy is not a bridging technology”. 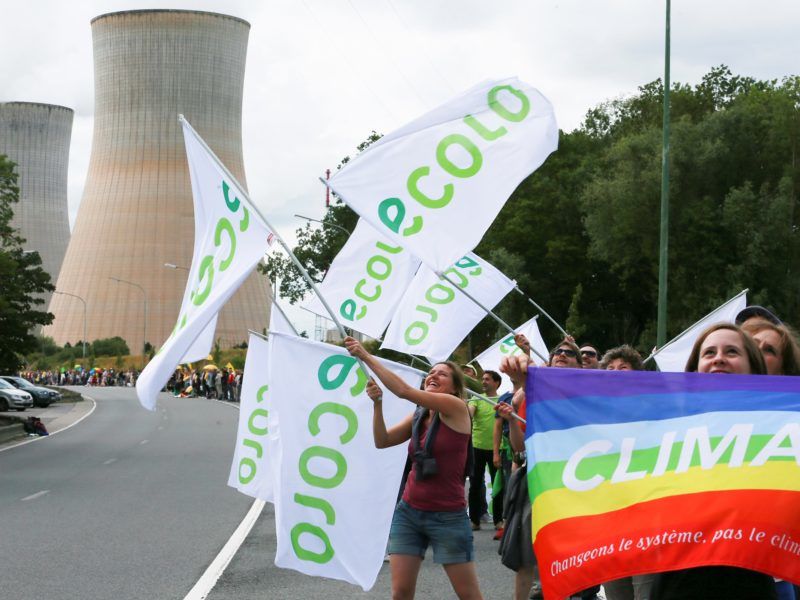 A 2011 study by Greenpeace also concluded that renewables and nuclear are not compatible and that fuel rod damage is a possible consequence.

Kiel’s nuclear supervisory authority explained that the corrosion of Brokdorf’s fuel rods was a result of the reactor’s capacity being increased from 1,440 MW to 1,480 MW in 2006.

The investigation also concluded that the decision to run the plant as a load-following power station, where output was tailored to grid fluctuations, contributed to the damage.

“According to our findings, this stress has contributed to the unexpected oxidisation of the upper parts of some of the fuel rods,” Habeck explained.

The practice of quickly increasing or decreasing electricity generation to compensate for excessive or reduced renewable output has been particularly prevalent since 2015.

In 2015, the cost of switching off wind turbines in the northern German region, when electricity networks had reached their capacity, was particularly high.

The damage at Brokdorf was discovered in February when the plant was shut down for an inspection. Oxidisation that exceeded safety levels was recorded on ten fuel rods across three fuel elements. However, evidence of increased corrosion has been present since 2011, according to Habeck’s ministry.

Brokdorf’s period of inactivity has cost plant owner EON more than €100 million, according to reports by Bloomberg.

The shutdown came at a delicate time for the company, which at the beginning of this month transferred €24 billion to the German government, as part of an agreed contribution to decommissioning costs for the country’s nuclear plants.

Operating company PreussenElektra has a soft spot for Brokdorf, which was brought online in 1986, and its website boasts that up to 90% of Schleswig-Holstein’s electricity demands can be met by the nuclear plant. Brokdorf is due to be decommissioned in 2021 as part of Germany’s divorce from atom smashing.

The operator’s own investigation suggested that the material sheathing the fuel rods could have contributed to the oxidisation problem. But the supervisory body’s report dismissed these findings.

Switzerland’s Leibstadt facility is located on the German border and reportedly has the same problems as its northern German cousin. Kotting-Uhl accused Bern of “closing its eyes and leaving Leibstadt on, even though the problems are not solved”.

The German lawmaker insisted that the Swiss power plant is temporarily switched off “until complete clarity prevails”.

The 2011 Fukushima nuclear disaster prompted Germany to announce it will phase out nuclear power by 2022. Berlin has so far shut down eight of its 17 reactors.

As a result, Germany has moved to secure its energy security by prioritising capacity mechanisms, in order to take advantage of its large-scale renewable generation capabilities.

However, in April 2017, the European Commission started an investigation into whether Berlin’s plans to set up an electricity capacity reserve comply with EU state aid rules.