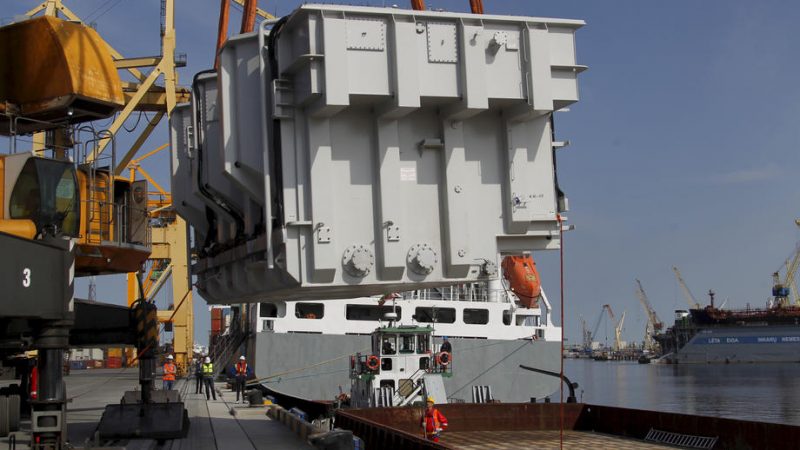 Specialists load an autotransformer onto a barge at the Klaipeda Container Terminal, Lithuania, 13 May 2021. The most powerful autotransformer in the Baltic States was loaded onto a barge and will be delivered for the expansion of the Lithuanian-Polish electricity system connection LitPol Link. The project implemented by the Lithuanian electricity transmission system operator Litgrid to increase the country's energy independence is one of the most important for Lithuania in its goal of synchronization and integration with the continental European networks. [EPA-EFE/VALDA KALNINA]

Lithuania will be prepared if Russia disconnects it from the regional power grid in retaliation for blocking rail shipments of some Russian goods to Moscow’s Kaliningrad exclave, but no military confrontation is expected, its president told Reuters.

He spoke after the Kremlin warned Lithuania on Tuesday (21 June) that Moscow would respond to the ban on the transit of goods sanctioned by the EU to Kaliningrad in such a way that citizens of the Baltic state would feel the pain.

With relations between Moscow and the West at a half-century low over Russia’s invasion of Ukraine, Lithuania banned the transit of goods sanctioned by the European Union across its territory to and from Kaliningrad, citing EU sanction rules.

Kaliningrad is sandwiched between NATO members Poland and Lithuania and supplied by rail via the territory of Lithuania.

Lithuania shut the route for transport of steel and other ferrous metals from mainland Russia on Friday, saying it had to do so under EU sanctions that took effect that day.

“We are ready and we are prepared for unfriendly actions from Russia (in response), such as disconnection from the BRELL (power grid) system, or others,” Lithuanian President Gitanas Nauseda said in the interview on Wednesday.

Thirty years after seceding from the then-Soviet Union and 17 years since joining the EU, Baltic states Lithuania, Latvia and Estonia still depend on Russia for stable power supplies. 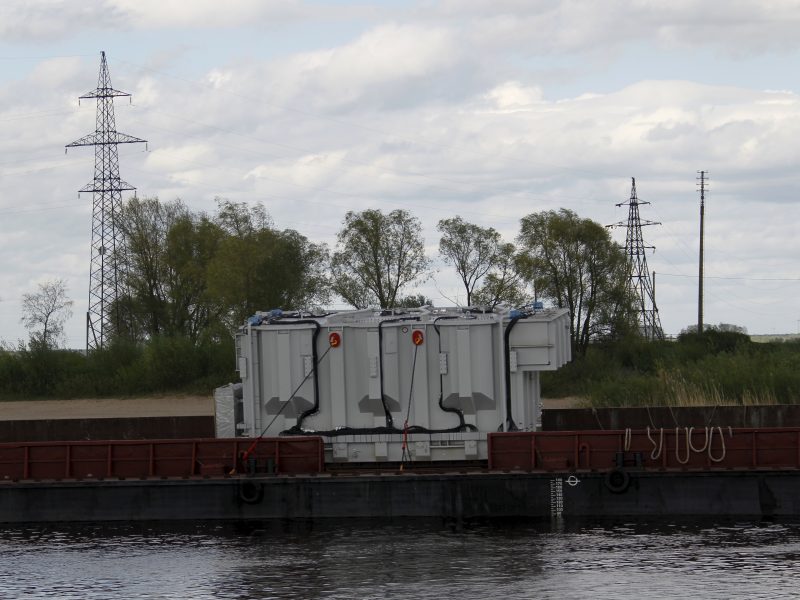 Three EU Baltic states on Thursday (13 May) took a big step toward accessing the bloc’s power grid, a move intended to end energy dependence on Russia dating back to the Soviet era.

However, Lithuania installed equipment on its power link to Poland last year to connect with the continental European grid quickly as an insurance policy in case Russia cuts off the flow of electricity, potentially causing blackouts.

A 1.6-billion-euro EU-funded project aims to disconnect the Baltic states from their common power grid with Russia and Belarus in 2025 in favour of the decentralised power system of continental Europe. 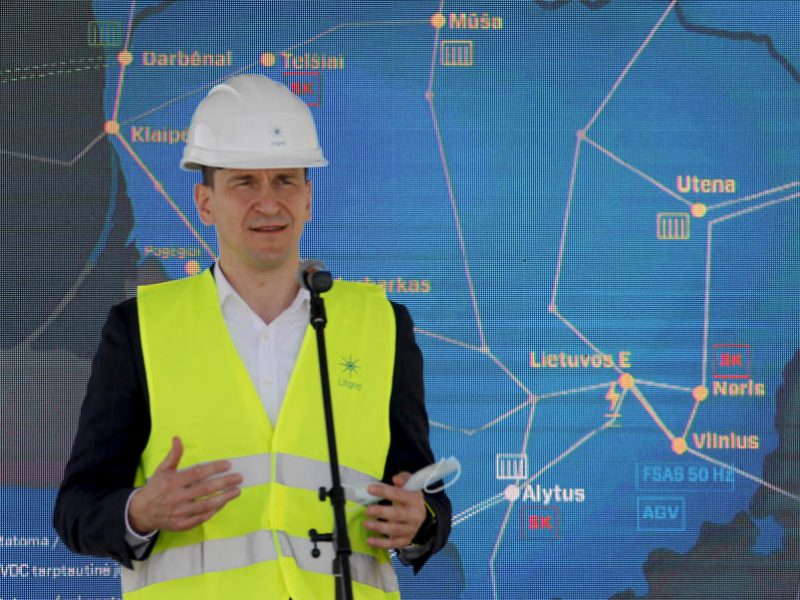 Lithuania hopes to disconnect from the post-Soviet electricity system known as the BRELL ring sooner than initially planned, Lithuanian President Gitanas Nausėda said in a meeting with EU Energy Commissioner Kadri Simson in Vilnius on Monday.

While Lithuania was among the …

Nikolai Patrushev, secretary of Russia’s Security Council on Tuesday promised retaliation that “will have a serious negative impact on the population of Lithuania”, while the top EU envoy in Moscow urged Russia to refrain from “escalatory steps and rhetoric”.

Nauseda said: “I do not believe that Russia will challenge us in military sense, because we are a NATO member.”

He said he will bring up the stand-off at a NATO summit next week when the alliance will weigh whether to boost troop levels in member states nearest to Russia, like the Baltics.

“It would not be a mistake for us to use this example (standoff) to illustrate what Russia really is, and what methods and threats it uses to solve its problems,” said Nauseda. “It might calm down those who say that we must help Russia to save face – while it threatens us in a cocky manner.”

Nauseda also said Lithuania felt the solidarity of other EU countries in the stand-off, and will be expanding the list of goods it bars from reaching Kaliningrad, as phase-in periods for the EU sanctions are reached.

“We are looking forward to implementing the next stages of the sanctions, and it would be very good if the European Commission explains their content to the Russian authorities. It could remove some of the current tensions, which are not in the interest of either the European Union or Russia.”