Lawmakers in the European Parliament backed a 35% renewable energy target for the EU in 2030, up from the Commission's proposed 27%. But even that figure looks conservative in light of the ETC’s analysis. [Jan Arne Wold / Woldcam / © Statoil]

Prices of green electricity and batteries have fallen so sharply that even projections for an 85-90% renewables energy system in 2035 now look “ludicrously conservative”, Lord Adair Turner said while on a visit to Brussels.

“We’re very confident about renewables,” said Lord Adair Turner, the former Chairman of the UK Financial Services Authority who now chairs the Energy Transitions Commission (ETC), a coalition of leading organisations from the worlds of business, energy and finance.

Speaking in Brussels on Tuesday (28 November), Turner said even the most optimistic projections about renewables made in the past, including those done by Greenpeace, had been beaten by the actual costs of deployment on the ground.

Taking conservative assumptions on future trends, he said the ETC had come to the conclusion that a 100% renewable energy system was now clearly within reach – and probably sooner than we think.

“We are pretty confident that in ten or 15 years…you would be able to do a near total renewable system – 85 or 90% – based on intermittent renewables,” Turner said, adding:

“We said 2035 but this is probably ludicrously conservative.”

Further price decreases can be expected, Turner said, predicting an auction for solar power at $1 cent per kilowatt hour in the near future, on the back of a (near) record $1.97 cent auction registered in Mexico last week.

The fall in price of batteries has also been impressive, Turner pointed out, saying the cost of storage per kilowatt had gone down 70% between 2010 and 2016. And this will continue, he said, citing the recent announcements by Tesla to build the world’s first 100-megawatt lithium-ion battery for 1 December.

“The dynamics are almost out of control,” said Auke Lont, the CEO of Norwegian power grid operator Statnett, who was speaking at the same event in Brussels. According to Lont, the world economy is now “close to a perfect storm” when it comes to cheap power coming from renewable energy sources.

“It’s just amazing, every week something incredible happens around the globe,” Lont said, citing the latest auction in Germany, which awarded 1GW of onshore wind power at €38/MWh last week.

Lawmakers in the European Parliament on Tuesday (28 November) backed a 35% renewable energy target for the EU in 2030, up from the 27% tabled by the European Commission over a year ago in its Clean Energy Package.

The bill is now headed for tricky negotiations with EU member states representatives, who have been more cautious than Parliament up until now on renewable energy.

But even senior officials now admit that EU projections were too conservative. Maroš Šefčovič, the Commission’s Vice-President in charge of the Energy Union, said last week that the EU executive had to update its modelling to take account of the rapid fall in costs of renewables.

“Now, we have additional arguments to also discuss the figure of 30%,” Šefčovič told journalists, saying the updated Commission figures will add fuel to the negotiation with EU member states.

However, even a 30% or 35% figure looks conservative in light of the ETC’s analysis.

Indeed, the projections assume only gas turbines and lithium-ion batteries are available as backup for intermittent renewables, Turner said. And they do not take account of the expected surge in demand-side management technology, which could push prices down much further in the near future.

“We have to electrify as much of the economy as possible,” Turner concluded, saying cheap renewables will help decarbonise other sectors of the economy which are currently seen as “hard to electrify”, such as transport and heavy industries like steelmaking, chemicals and cement.

But even for those sectors, he said, the production of so-called “green hydrogen” from renewable electricity could soon become economically feasible. The ETC’s “strong hypothesis”, he said, is that “part of the answer to these hard-to-electrify sectors can actually be more electrification, either directly or via green hydrogen”. 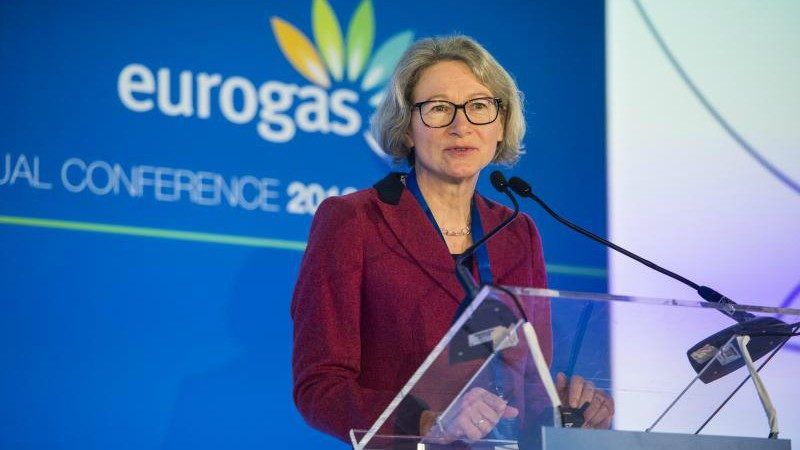 Addressing sceptics of green energy, Lont said Norway was “living proof” that a renewable-based energy system can work. The country already relies on renewables for 60-65% of its total energy needs, he pointed out. “And we run an electricity system which is 100% renewable,” he said, thanks to back up capacity provided by Denmark when the wind is not blowing in Norway.

“The technology is there, the costs are falling. Now we have to make it happen,” said Laurence Tubiana, CEO of the European Climate Foundation and ETC Commissioner.

“And on that side, we are lagging behind,” Tubiana warned, calling on policymakers to catch up with the rapid changes brought by electrification and the rise of cheap renewables.  “We need government signals to make this happen,” she said, referring to the slow take-up of electric vehicles in Europe.

“We can have good news but these good news will arrive too late,” she warned, calling for a change in mindset from institutions. “It’s difficult for most institutions to be ahead of the curve,” Tubiana remarked, warning that Europe was currently “behind the curve”.