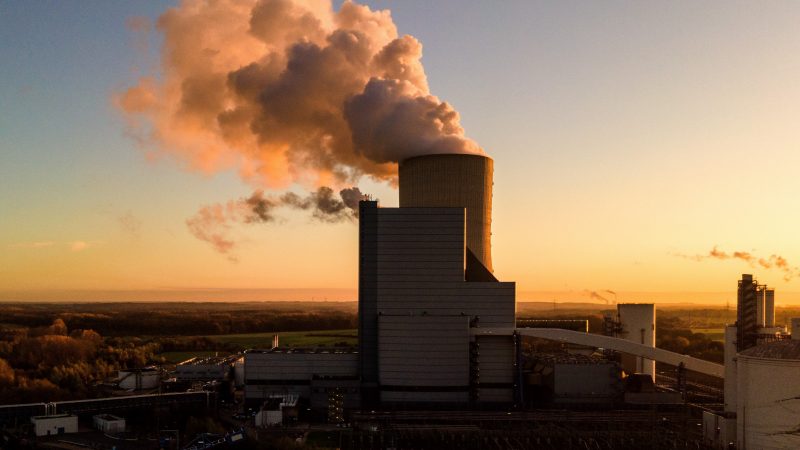 Germany's coal exit could be pulled forward by up to eight years, states the coalition agreement of the next German government. EPA-EFE/FRIEDEMANN VOGEL

The “traffic light coalition” formed by the social democrat SPD, the Greens, and the business-friendly FDP, must deliver on the parties’ key climate policy promise to get on an emissions reduction path compatible with the 1.5°C-degree global warming limit of the Paris Agreement.

The coalition has agreed to speed up the country’s coal exit and accelerate the rollout of renewable power to get the country on track for climate neutrality.

“We will align our climate, energy and economic policies nationally, in Europe and internationally with the 1.5 degree path and activate the potential at all levels of government,” states the coalition agreement.

“With ambition and perseverance, we are making the country a pioneer in climate protection,” SPD chancellor candidate Olaf Scholz said during the treaty’s presentation in Berlin on 24 November.

He added that “modernisation won’t be for free – we will invest massively so Germany can stay a world leader.”

The new German ambition to exit coal somewhere between 2030 and 2038 has prompted both praise and criticism from civil society as lagging renewables rollout and the country’s 2022 nuclear exit will necessitate additional fossil gas power plants.

“Germany’s political leaders have finally accepted what we knew all along: the previous government’s farcical 2038 coal phase out plan could never hold. A 2030 coal exit is now in sight, but the switch from coal to fossil gas is very shortsighted,” said Wiebke Witt, Germany campaigner at Europe Beyond Coal.

The fact that the parties are “ideally” aiming for a 2030 coal exit has drawn further criticism. “There is a lack of clear targets, e.g. for the coal and gas phase-out, and in many parts a well-founded catalogue of measures to achieve the climate targets,” said think-tank E3G’s Brick Medak.

The coalition agreement states that the parties aim for 80% renewable electricity by 2030, leaving gas power to fill the gap, should the 2030 coal exit goal be met.

Gas power plants “are the prerequisite for us to be able to cope with this period of change,” future Chancellor Olaf Scholz told attendees of a congress of the influential mining, chemicals and energy trade union IG BCE on 27 October.

These new gas plants “must be built in a way that they can be switched to climate-neutral gases (H2-ready),” but there are concerns that H2-readiness is far from a precise term.

Germany plans to become climate-neutral by 2045, but the measures implemented by the outgoing government, a coalition between Chancellor Angela Merkel’s Conservatives and the SPD, are insufficient to reach that target.

The September vote was called a “climate election” due to the high importance many voters had given the topic. The next German government’s hopes to have an enormous impact on international and particularly on European climate policy and the EU Green Deal.

The 178-page document that explained the new coalition’s plans in all policy areas contained long sections on climate and energy.

During the negotiations, SPD secretary-general Lars Klingbeil had already said climate would be “perhaps the most important point” in the treaty.