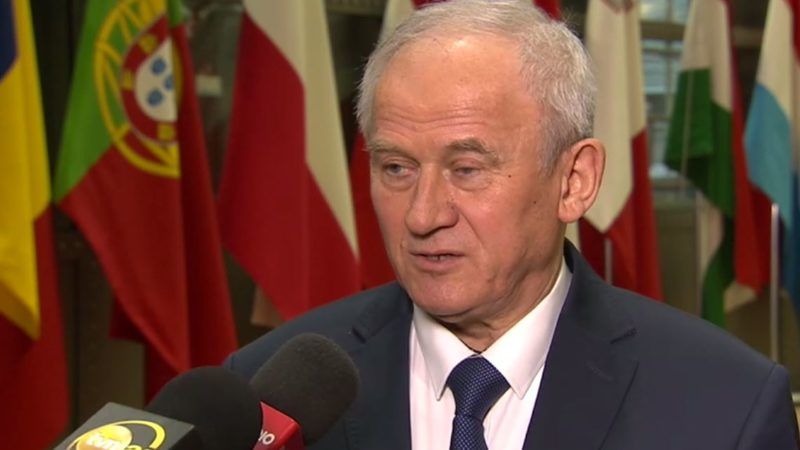 Minister Krzysztof Tchórzewski told the Krynica-Zdrój Economic Forum in southern Poland that once the country’s state-run energy firms have finished the three coal projects currently under construction, no more investments are planned.

“After completing the investments that are now being conducted in big coal-fuelled units, we will not be planning new projects based on coal,” Tchórzewski told the forum on Wednesday (6 September).

But that does not mean an end to large-scale funding of energy infrastructure, as Poland has aspirations to open its first nuclear power plant by the end of the next decade.

After the Law and Justice Party (PiS) won the last general election in 2015, Prime Minister Beata Szydło’s government dusted the plans off and insisted it wants nuclear power online within ten years.

Tchórzewski revealed some details of the government’s plan, explaining that “we would like to build three (nuclear power plant) units in five-year intervals, with the first one coming in 2029”, with costs predicted to reach nearly €6bn.

It is a seemingly odd change of policy from the authorities, given that both Szydło and President Andrzej Duda have gone on record as saying Poland has enough coal for the next two centuries. Poland also relies on coal to provide around 90% of its electricity needs.

But experts have warned for years that the cheapest sources of coal in the Silesian Basin are nearly depleted and that the country’s mining sector will have to prepare for higher costs in the future.

Poland’s heating plants have also reported problems with fuel supply in recent months, which may lead to an increase in coal imports this year and in 2018.

How to actually finance large-scale coal plants has emerged as another problem for Warsaw. Energy holding company Tauron needs large-scale investment in order to modernise old power plants but its ability to invest in coal has been restricted by recent commitments.

Other state power companies are finding themselves increasingly in the same position, which means coal faces an uncertain future in the EU member state most associated with coal power.