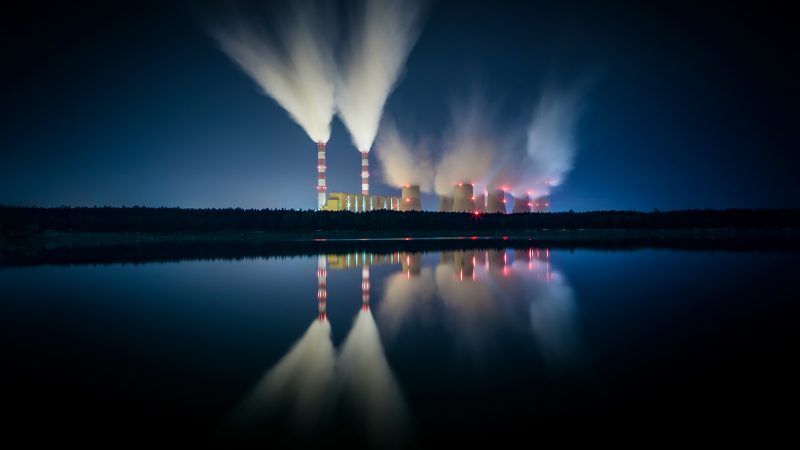 Coal power plants that won EU clearance under state aid rules will be allowed to continue operating for some time, regardless of the 550g limit imposed at European level. [Shutterstock]

A phase-out of government subsidies for coal power, supported by the European Parliament under a proposed revision of EU electricity market rules, was rejected by the Polish power sector as a reflection of “double standards” in Europe because it leaves German coal plants largely off the hook.

The European Parliament’s suggestion to distinguish between “strategic reserves” eligible for state aid and “capacity markets” that should ultimately be phased out is “totally unacceptable” for the Polish power sector.

“I really don’t like this distinction between ‘strategic reserves’ and ‘capacity markets’. Because what it really does is calling the names of the countries that are allowed or not allowed to keep coal-fired plants in this mechanism,” said Monika Morawiecka from the Polish Electricity Association, PKEE.

“We (Poland) have a capacity market and other countries have strategic reserves,” she said in reference to Germany and Belgium, which recently won an EU green light to subsidise “strategic reserves” designed to accompany the phase-out of nuclear power generation.

“This is totally unacceptable,” Morawiecka told a EURACTIV event last week (20 March), organised with the support of PKEE.

“Both these mechanisms have security of supply at their core,” she argued, saying “there is really no reason to treat them differently”.

State aid to coal-fired power generation is a key flashpoint in ongoing talks over the EU’s electricity market design overhaul.

Poland relies on polluting coal plants for 84% of its electricity and is coming under intense pressure to switch to low-carbon energy sources as part of EU commitments made under the Paris Agreement on climate change.

The European Commission, which tabled the reform as part of the ‘Clean Energy’ package of legislation in November 2016, called for banning state aid to power plants emitting more than 550g of CO2 per kilowatt hour – a proposal which effectively rules out subsidies for coal as well as some inefficient gas power plants.

Nuclear power, by contrast, emits close to zero carbon dioxide and therefore qualifies for subsidies under the new EU regime, alongside other low-carbon sources of electricity. 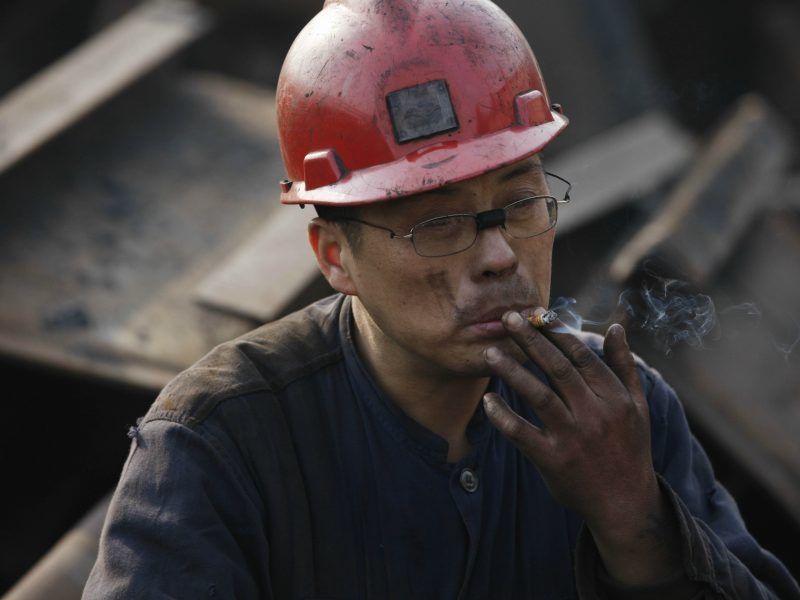 “For new plants, we basically said: no subsidies from day one of the regulation and then a transition period of five years for existing plants,” explained Florian Ermacora, an Austrian official at the European Commission’s energy directorate and one of the masterminds behind the market design reform.

But EU energy ministers were “more generous” on the timeline and gave EU countries “grandfathering” rights for approved state aid contracts whereas “the Parliament was closer to the Commission proposal,” Ermacora told participants at the EURACTIV event. The key difference is the distinction between strategic reserves and capacity markets brought by Parliament, he explained.

Both the EU Parliament and Council representing the 28 EU member states must agree on an identical text before the reform is approved, suggesting tense talks in the second half of the year, when negotiations are expected to wrap up.

“It looks like market design will be a case for the Austrian Presidency,” said Benedikt Ennser, a senior official at the Austrian ministry in charge of energy and sustainability. “We will do our best to finalise whatever is left over” from Bulgaria, whose six-month EU Presidency ends on 31 July, he told the EURACTIV event. 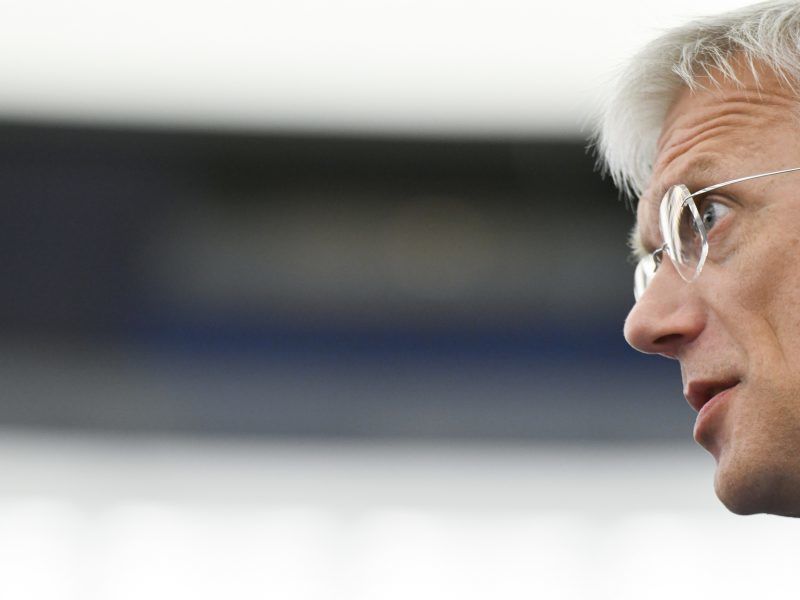 As things stand though, it looks like Austria’s work has been largely cut out for them.

The European Commission’s all-powerful competition department, which polices state aid across the EU, has probably taken much of the heat away from the discussion. In February, it cleared capacity schemes in six EU countries – including Poland – triggering the ire of Green lawmakers, who accused the EU executive of allowing Warsaw and Berlin to continue subsidising coal through the back door.

The bottom line is that capacity mechanisms that won EU clearance will be allowed to continue operating for some time, regardless of the 550g limit, Ermacora admitted, saying this will also apply to the Commission’s February decision.

“This mix of state aid approval by the Commission plus the generous grandfathering” clause for existing capacity schemes agreed by EU energy ministers at the December Council “clearly took the heat out of that debate,” Ermacora pointed out, saying it “makes a country like Poland quite happy”.

It is now up to EU member states and Parliament to agree a final compromise, he added, suggesting there was still room for negotiation on the definitions and timeline to phase out subsidy schemes.

At the end of the day, it will be up to the Polish government to state its position in trialogue talks with the European Commission and Parliament, he said.

Asked by EURACTIV if she agreed that the Commission’s state aid approval in February had taken some of the heat away from the negotiation, Morawiecka replied: “Yes, I think I would agree”. The EU executive acknowledged that Poland had an issue with security of supply, she said, which is why it cleared the Polish mechanism.

But preventing Warsaw from using the mechanism just months after it was approved defies logic, she argued, describing the December agreement reached in the EU Council as “a very sensible compromise.”

Morawiecka also rejected accusations from environmental groups that Poland was resisting phasing out coal. “We don’t want to stick to business as usual,” she said, highlighting the investments made in offshore wind as part of Poland’s decarbonisation strategy.

“It’s only for ten years, remember,” she said referring to the Polish capacity schemes cleared by the Commission in February. 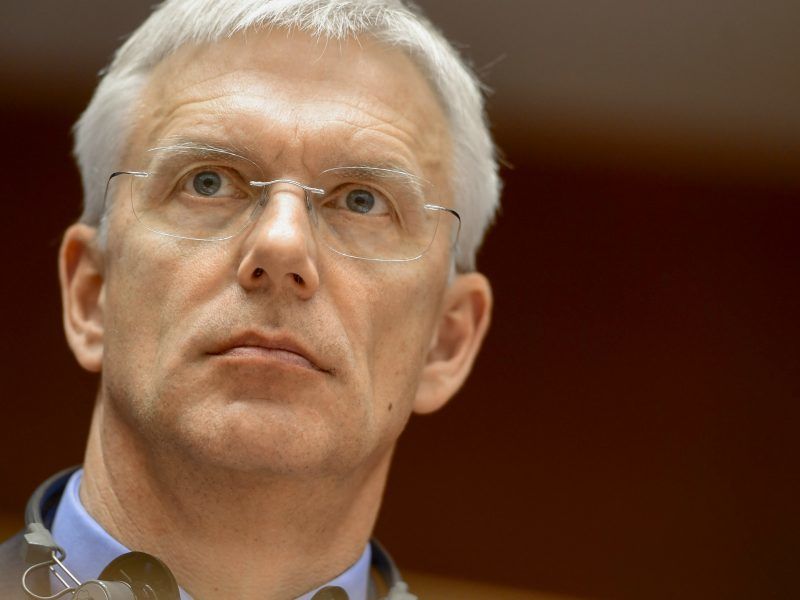 Contacted by EURACTIV, the Polish representation to the EU in Brussels declined to comment. But an EU source with knowledge of Poland’s position supported PKEE’s view that “strategic reserves” should not benefit from special treatment under the new EU regime.

“The 200 kg CO2/kW standard for strategic reserve supports highly-polluting units which are kept out of the market without any time-operating limit,” the source pointed out. “Strategic reserve, if it works too long, it will be distortive for the electricity market. It may also result in decreasing the possible share of other generating units, for example, renewables.”

“If we want to be consistent in our policy, we should set the same limit, or set no limitation at all, for the mechanisms which have a similar effect, like strategic reserves and capacity markets.”

“Differentiation has no real merits and it is counter-intuitive,” the EU source said.