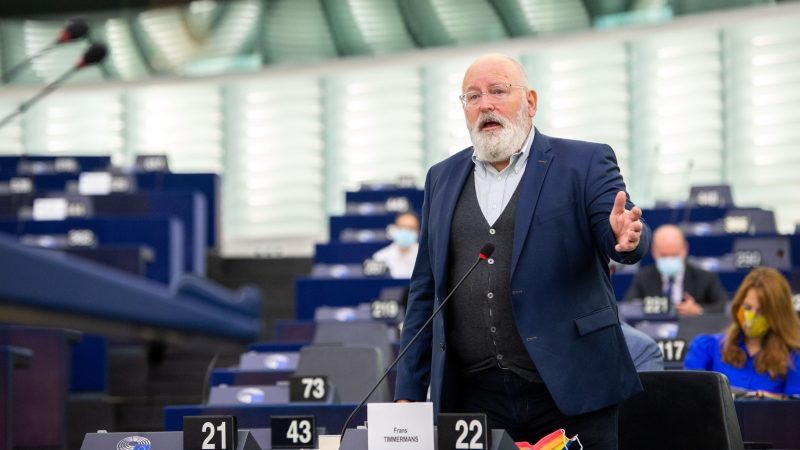 "When measures have a price effect, let’s use the age-old instrument of redistribution to ensure it doesn’t affect the most vulnerable," said Frans Timmermans, the European Commission vice-president in charge of the Green Deal. [© European Union 2021 - Source : EP]

The EU’s Green Deal seeks to overhaul the bloc’s economy to reach net zero greenhouse gas emissions by 2050 – a goal that will require huge investments in low-carbon power and infrastructure.

“Had we had the Green Deal five years earlier, we would not be in this position because then we would have less dependence on fossil fuels and on natural gas,” European Commission Executive Vice-President Frans Timmermans told the European Parliament in Strasbourg.

We cannot let the fear of change, the consequence of what we need to do, paralyze us. When measures have a price effect, let’s use the age-old instrument of redistribution to ensure it doesn’t affect the most vulnerable.https://t.co/6VNSi7lGFe#EPlenary #Fitfor55 #EUGreenDeal pic.twitter.com/grRkv5YotN

Timmermans said that even as fossil fuel prices have soared, costs for renewable generation have remained low and stable.

That should encourage the EU to speed up its green transition, to ensure more citizens have access to affordable renewable energy, he said.

European carbon prices, which also impact the cost of electricity, have also surged to record highs this year, but Timmermans said they were not the main culprit for soaring energy costs.

“Only about one fifth of the price increase can be attributed to CO2 prices rising,” he said.

His comments were backed up by Ember, an independent climate and energy think-tank, which said the surge in European power prices “is predominantly being driven by soaring fossil gas costs”.

NEW | The surge in European power prices is predominantly being driven by soaring fossil gas costs – not carbon prices pic.twitter.com/ECKqgOcmvf

The EU carbon benchmark contract is trading at around €61 a tonne, not far off an all-time high set this month as more ambitious EU climate targets have helped buoy prices.

A Bank of Spain analysis published last month said that gas prices were responsible for roughly half of the recent surge in Spanish electricity prices, while carbon had caused a fifth of the power price increase.

To bring down soaring power costs, the Spanish government said this week it would cap gas prices, cut taxes and redirect energy company profits. It also plans to auction 3.3 gigawatts of renewable capacity, betting that building out clean energy will lower prices in the long term. 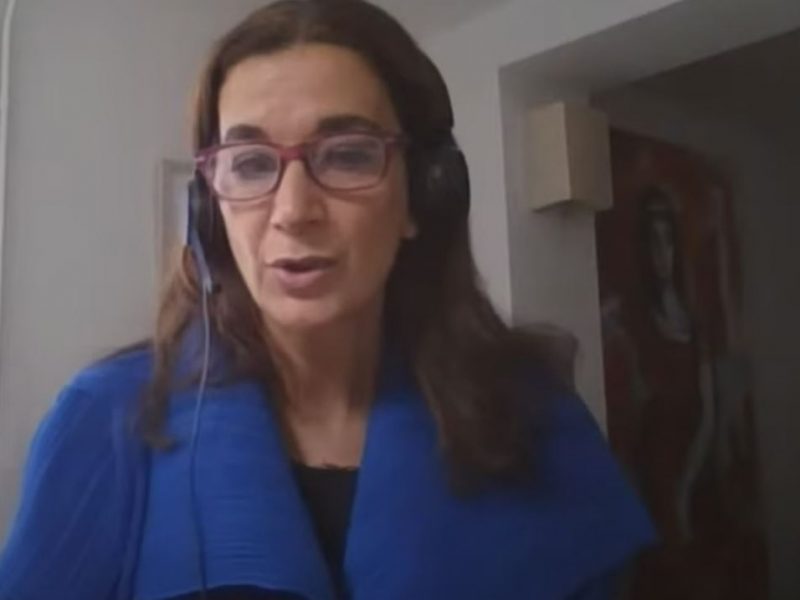