Real-time prices are considered essential to unlocking the next generation of digital demand-response technologies, which allow consumers to react to price signals and use electricity when it’s cheapest – for example during office hours or at night.

That was the logic behind the European Commission’s proposed reform of electricity market rules, which promised to put consumers in the driving seat of a revolution in the way power is produced, traded and consumed across Europe.

“Dynamic electricity price contracts reflecting the changing prices on the spot or day-ahead markets will allow consumers to respond to price signals and actively manage their consumption,” the Commission said in a briefing note published in November 2016, together with its clean energy package of legislative proposals.

But moving forward on dynamic pricing also “necessitates the removal of retail price regulation,” the Commission insisted, saying energy poverty can be addressed by social tariffs in a transition period to address the needs of vulnerable consumers.

The Commission’s approach to electricity pricing strongly resonates with the wishes of clean energy industries.

WindEurope, a trade association, says it is essential that energy market send signals that value flexibility in various forms – be it battery storage, grid interconnections, or variable generation like hydropower, which can be activated at short notice.

“When you have regulated prices in place, not only are you limiting price formation but you’re also completely dis-incentivising any innovation on things like demand-response,” said Pierre Tardieu, chief policy officer at WindEurope.

“And that is important because we’re moving to a system with much higher shares of variable renewable energies, which means we need flexibility on the demand side to manage that,” he told EURACTIV.com in an interview.

To be sure, regulated prices haven’t prevented renewable energy investments from happening until now. The International Energy Agency recently predicted that wind power will outpace coal as the number one source of electricity around 2027, globally.

But until consumers actually see the value of the electricity they’re buying, they will have no incentive to have a dynamic approach to the way they consume energy, Tardieu argued.

“In the end, that can only slow the pace of the energy transition,” he said.

Thomas Pelllerin-Carlin of the Jacques Delors Institute in Paris agrees: “In the long run, regulated prices will act as a break to the development of renewables. Because the more renewables we have on the grid, the more we need to have flexible, dynamic prices that can change during the day, during the week or during the year.” 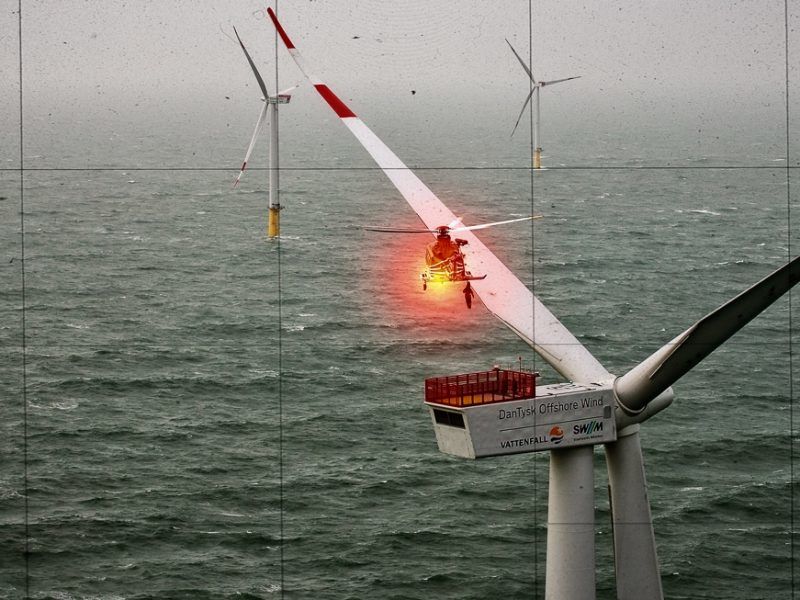 With growing shares of renewable energies added to the system, the dynamic pricing of electricity becomes even more important in order to provide flexibility on the demand side, says Pierre Tardieu. This is why regulated energy prices can only slow the pace of the energy transition, he argues.

Real-time prices are seen by the industry as a pre-condition for so-called implicit demand-response, driven by digital technologies. Via smart meters installed at home, consumers can react automatically to price signals and make savings on their energy bills.

“It enables them to monetise their flexibility, for example from the smart operation of a heat pump or the charging of an electric vehicle, while supporting the entire electricity network. They can thus drive the clean energy transition while bringing down costs for everyone,” she argued.

Demand management solutions relying on real-time dynamic prices are also expected to be crucial for the deployment of electric vehicles on a mass scale.

“If cars run on a 10Kw charger, and you put one million electric cars on the road, then you’re talking about 10 gigawatts additional load capacity that the grid needs to be able to cope with,” said Hervé Touati, CEO of the Energy Web Foundation (EWF) in Switzerland.

“And if you put 10 million electric cars on the road, that means 100 gigawatts. It’s more than the total installed capacity in France or Germany, so it’s a huge number,” he told EURACTIV in a recent interview.

“So obviously, if you let people charge their cars at home when they come back from work at 6 pm all at the same time, it’s not going to work”.

With dynamic prices in place, consumers will be able to optimise the moment when their car charges by shifting the decision to external services providers who use software such as blockchain or artificial intelligence, he said.

“For example, if I have a car, I could leave the local utility the choice of where or when my car is being charged. And I’m going to bid for that, I’m going to put different prices for that. So I would probably need some AI in order to bid properly.”

Environmental activists, for their part, have stayed away from supporting a clear phase-out of regulated energy prices.

Although they are fans of renewable energies and demand-response, NGOs like Greenpeace and Friends of the Earth have also expressed concerns about energy poverty, saying EU legislators should take measures to address it.

“Energy poverty lies at the intersection of different issues – a warming world that puts people and planet at risk, increasing social inequality, and an unjust energy system,” said the Right to Energy Coalition, which brings together trade unions, environmental organisations, energy cooperatives and other civil society groups.

“These multiple dimensions of energy poverty call for a holistic political approach, to jointly tackle its causes and consequences,” they wrote in a joint statement on the EU’s electricity market design reform.

For environmental NGOs, the debate on regulated prices raises fundamental questions about the merits of the free-market economy.

Consumer groups, on the other hand, say regulated prices should be kept as an option to fight energy poverty. But they don’t defend them as a matter of principle.

“The liberalisation of energy markets promised a high degree of competition which would keep energy prices in check,” said Monika De Volder, from BEUC, the European Consumer Organisation.

“Sadly, energy markets often don’t deliver to some consumers. Targeted price regulation to protect consumers such as the energy poor should be retained as a policy tool, as long as markets are not delivering competitive prices for all,” she argued.