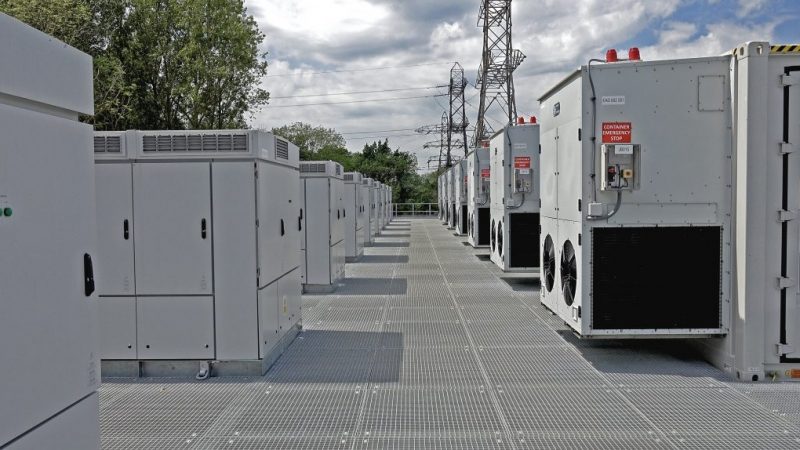 A 50MW lithium-ion battery energy storage system has come online in Cowley, on the outskirts of Oxford, in what is described as a UK first. EURACTIV’s media partner, edie.net, reports.

The battery was ordered in early 2020 and forms part of Oxford’s Energy Superhub project, first announced by the Government in 2019 as part of a string of new smart energy systems demonstrator projects. It is connected to National Grid’s high-voltage transmission system at its substation, providing the flexibility services so often said to be a key part of the transition to more renewable electricity generation and distribution.

An 8km private wire network has been installed with the battery. This will share the connection to the transmission system with public and commercial electric vehicle (EV) charging hubs across the Oxford city-region. The first location to benefit will be the Redbridge Park & Ride, which will feature 38 ultra-rapid chargers once it opens later this year.

While the 50MW lithium-ion battery is now activated, the Superhub is not yet classed as completely online. A vanadium redox flow battery, from Invinity Energy Systems, will come online later this year. This kind of battery has been touted as having a longer lifespan than lithium-ion models and is regarded as easier to scale, but the technology is not as mature, especially at grid scale.

Pivot Power’s chief executive Matt Allen said the connection of the battery to the transmission network is a “key milestone” for the project.

🔋We’re excited to share that our first transmission-connected grid-scale #battery is officially live!

It’s a huge milestone for Pivot Power as we work to deliver up to 2GW of battery storage UK-wide, and accelerate a #netzero future. 🌍https://t.co/4a9dF6xY17 pic.twitter.com/1NuzaoG5ZB

In related news, battery storage array owner and operator Zenobe has secured funding from Santander to help deliver a 100MW/107MWh battery project in Capenhurst, near Chester.

The project is expected to be the largest of its kind in Europe once it is completed next year. However, it bears a high price tag. Aside from the funding from Santander, Zenobe has already raised £150m through Infracapital.

The battery will be used by National Grid to help manage the increased volatility in the frequency and voltage of the network in the Mersey area. Zenobe claims it will be capable of supplying enough electricity to meet the needs of more than 100,000 homes for an hour at peak demand. It will also be used to provide flexibility services.

According to RenewableUK’s latest Energy Storage Project Intelligence research, published in February, the UK has more than 16GW of battery storage capacity planned across more than 700 projects.

The Department for Business, Energy and Industrial Strategy (BEIS) moved last summer to ease planning restrictions for utility-scale batteries, permitting cells over 50MW in England and arrays over 350MW in Wales. 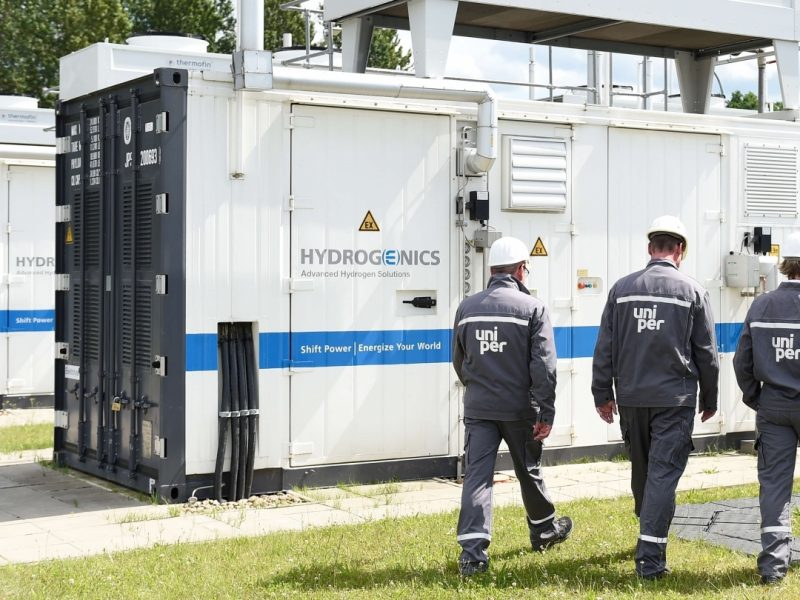 This article first appeared on edie.net and is republished here with kind permission.