EU electricity markets: Fit for the renewable future or not? 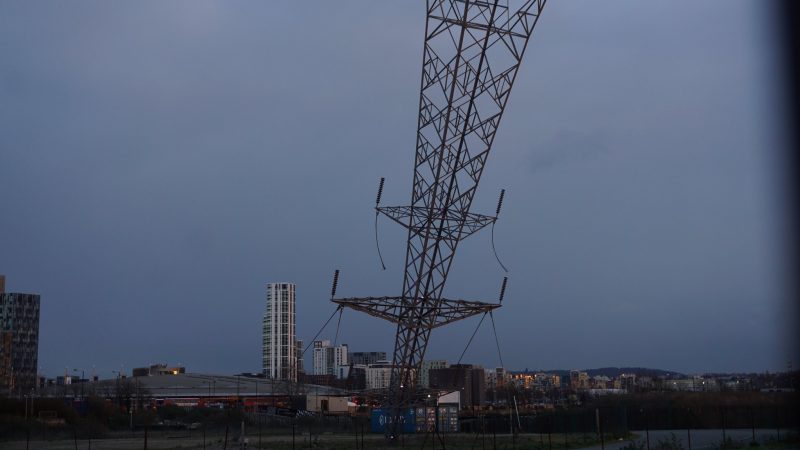 Wholesale electricity markets functioned adequately in the 1990s and 2000s but started to fall apart since the 2010s. The time for reform has arrived, argues Mike Parr. [John K Thorne / Flickr]

There is growing recognition in the industry that Europe’s wholesale electricity markets will need to be reformed once again to allow higher shares of renewables in the power system, writes Mike Parr.

Two years after the EU reached agreement to reform its electricity market, will Europe again have to modify the rules?

The recent EU Council agreement on the 55% CO2 reduction target for 2030 carries with it the need for a massive expansion of renewables. The European Commission’s impact assessment into the new 2030 climate target gives estimates for this expansion of around 3 times the current installed base of renewables.

These developments, if they are to materialise, calls for answers to two important questions.

First, is the current design of wholesale electricity markets “fit for purpose” given the renewable future that we face?

The commoditisation of electricity in terms of production and end use was developed in the 1980s and realised in the 1990s. During that period, electricity production was dominated by fossil production, or nuclear in the case of France.

“Market design” was based on the link between short-run marginal costs associated with fuel (coal, oil, gas) and electricity end-user prices. Generally, if fuel prices went up, this was reflected, with some timing differences, in a rise in electricity bills for end users.

Renewables, do not have fuel costs. Owners of solar PV modules have yet to receive a bill from the sun, ditto wind turbine owners and wind. Thus the issue is one of capital expenditure and operational expenditure (CAPEX and OPEX).

While renewables are CAPEX-based, by contrast, fossil systems are OPEX-based.

The second question is whether existing wholesale electricity markets work with a non-dispatchable system with respect to power availability and price setting.

Here’s an attempt at answering these two questions:

Currently, fossil-based electricity generators provide dispatchable power, whereby output is matched to electricity demand at all times. This is a requirement for a stable electrical system.

By contrast, output from renewables is a function of sun and wind. Both require storage, so far noticeable by its absence.

It is claimed that “flexibility” will solve the renewable variability problem. We believe it won’t because flexibility mostly only works over periods of 24 hours and usually with systems that have some fossil or nuclear generation. What happens when there are multi-day cold calm periods in a renewable future?

Over a 48-hour period starting December 2nd 2020 Germany had a shortfall in generation of 20GW to 40GW, when modelled on its proposed 2030 generation profile.

Expressed another way, building more wind or PV does not solve the power gap. Storage does and hydrogen storage in particular. Unfortunately, EU plans in this area do not match the 3 times more renewable ambition.

The obverse to scarcity is surplus, since 2014, Germany (and others) experienced increasing amounts of “surplus” electricity which was mostly exported to grateful and not so grateful neighbours. During 1st January 2020 to 9th April 2020, Germany exported around 8% of total production.

It could be argued that this was due to the inability of Germany to reduce its fossil production to match renewable generation. This argument has some merit but using the example of Spain, the Spanish system has a lower limit for fossil production of 15 to 20% because almost all of this must-run co-generation supplying Spanish industry with heat and electricity.

Spain regularly reduces fossil output to a bare minimum in the face of surging PV and wind output and relies, like Germany, on cross-border interconnectors. How does this “work” when your neighbours also have surpluses?

The impact of “surplus” electricity on wholesale prices is to drive them lower over the short and long term. Taking Spain, the wholesale prices for renewables fell from €50/MWh (2019) to €29/MWh (2020). Demand dropped due to COVID by around 7% (2020 vs 2019) while renewable penetration was up by 3%.

The massive changes in price – despite small changes in load and renewable output – points to an unstable market. The German wholesale market is infamous for short term negative prices. Paying somebody to take your product is not and never has been a sign of a functioning market, it is a sign of market failure.

More renewables on an electricity system drive down wholesale prices because the short run marginal cost of renewable production is zero. Given vastly more renewables by 2030 and in the absence of market reform, this carries with it the reality of increasingly unstable and very low short term and long term wholesale electricity prices.

Many EU member states have moved to a subsidy system for renewables called “Contracts for Difference” (CfD). The system is based on auctions and functions well, leading to competitive bids for projects between renewable developers and thus keener prices. The auction bid price is linked to the wholesale price. When wholesale prices are lower than bid price, the owner of the renewable receives the difference (with the reverse being true).

In the absence of wholesale market reform, the wholesale-CfD link will lead, inevitably, to a massive surge in subsidies as renewables grow. This means that people will see a considerable increase in their electricity bills due to rising subsidies.

Politically this is a very unhappy result. However, it is worth emphasising that the emerging problem of uncontrolled rises in subsidies is wholly due to an unreformed wholesale electricity market and NOT due to the current CfD system which mostly does what it was supposed to do: bring price competition to the renewables sector.

So what is to be done about it, then? Hopefully, 2021 will bring some institutional focus on this issue. Time is running out. Wholesale electricity markets functioned adequately in the 1990s and 2000s and started to fall apart in the period 2010 to 2020. The time for action has arrived.

3 responses to “EU electricity markets: Fit for the renewable future or not?”