Guaranteeing the rights of individuals and communities to participate in the energy transition will allow Europe to transition to a renewable energy future faster and at a lower cost, argues Emily Rochon . [100% Campaign / Flickr]

Emily Rochon is an energy lawyer at ClientEarth, a non-profit environmental law organisation.

The deal recently agreed between the European Parliament and Council on the Renewable Energy Directive (RED II) not only sets a binding objective to increase renewables by 32% by 2030, it also establishes an explicit role for individuals and their communities in building a cleaner, more efficient energy future.

But the deal will only work if the right rules are put in place, which makes the outcome of Market Design Initiative negotiations critically important.

For the first time, Europeans, local authorities, small businesses and cooperatives will have the right under European law to produce, consume, store and sell renewable energy, without being subject to punitive taxes or excessive red tape.

This is hugely positive.

The RED II includes strong definitions for ‘renewable energy communities’ and individuals who produce and consume energy, known as ‘prosumers’, distinguishing them from traditional energy companies. Member States will be required to establish national rules and frameworks to help these communities flourish.

The Directive also ensures renewable energy communities are considered when designing national support schemes and encourages their use to help vulnerable consumers and alleviate energy poverty. Lastly, the Directive contains strong rules to ensure households who self-consume renewables without feeding it into the grid are not punished for taking the initiative to meet their own electricity needs.

Critically, the new deal bans measures that some countries have introduced in recent years to prevent people from participating in the energy transition. Under RED II, Member States are not allowed to levy any charges or fees on citizen energy until 2026. After that, charges and fees would only be permitted in certain circumstances.

Citizen energy is also permanently protected from “discriminatory or disproportionate” charges or procedures. As a result, regressive and harmful policies like Spain’s “sun tax” are now illegal and must be repealed. Spain’s sun tax hampers small-scale renewable energy production with steep fees and administrative hurdles and has decimated its small-scale solar market.

Banning “disproportionate procedures” should also eliminate excessive bureaucracy and motivate governments to streamline processes for people who produce and consume renewable energy. Such is the case in Romania, where it takes individuals 400 days to set up a legal entity and obtain the necessary permits before they can become a prosumer.

The significance of these measures cannot be understated. Guaranteeing the rights of individuals and communities to participate in the energy transition will allow Europe to transition to a renewable energy future faster and at a lower cost while securing greater economic, environmental and social benefits for benefits for everyone.

The Market Design Initiative: An enabler or hinderer of renewables?

However, the trilogues on the Market Design Initiative (MDI) that started last week will be the arbiter of the role that citizens and communities ultimately play in the energy transition.

The measures under discussion will write the rulebook for the European electricity sector that all electricity users, producers and regulators have to abide by. To realise the potential of citizen and community energy to transform our energy system, it is essential that the parties at the negotiating tables ensure the MDI enables rather than hinders the distributed, renewable and flexible energy system envisioned in the RED II.

To do so, the outcome of the negotiations on the MDI must achieve at least the following:

The above will not only put energy citizens at the heart of the Energy Union – in line with the European Commission’s goal – it will also set the conditions for an accelerated transition to a more flexible, affordable, and renewable energy future.

The discussions on the MDI over the coming months are therefore crucial. The outcome will determine whether Europe meets its climate goals and secures a more just and sustainable energy future for us all. 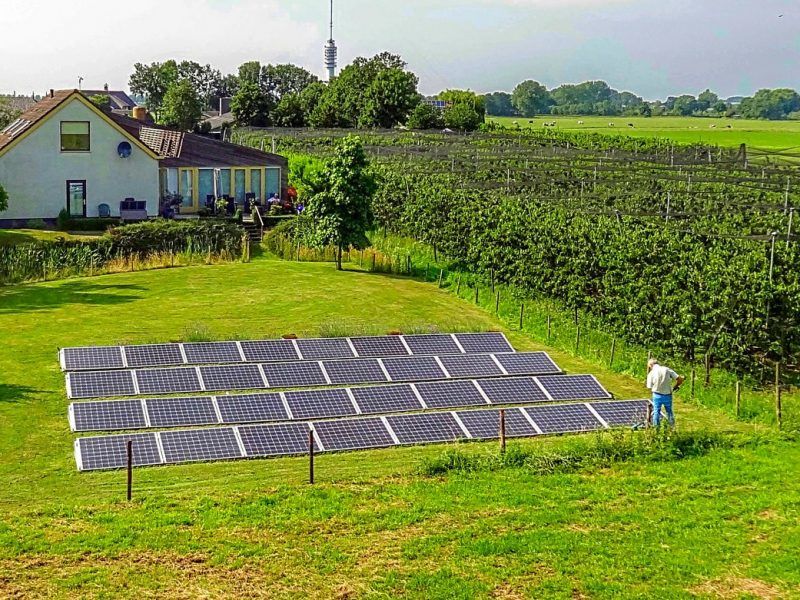