Competition can indeed deliver lower prices for consumers. But when the market does not work, consumers are at risk of losing out, writes Monique Goyens. [World Bank Photo Collection / Flickr]

Energy is an essential service. And protecting consumers in vulnerable situations from rip-off energy prices seems like good government. The EU is currently looking into whether Member States should be able to intervene when electricity markets are not delivering competitive, affordable electricity prices to households or if it should rely on a classical, free market approach.

Negotiations among EU decision makers on the ‘Clean Energy Package for all Europeans’, including on price regulation as well as energy poverty, are likely to wrap up this week.

Does Laissez-faire always work for consumers?

Competition can indeed deliver for consumers, through lower prices, increased quality and more innovation. But when the market, or segments of it, do not work, consumers are at risk of losing out. One of such problems is consumers not switching between energy providers, because of many obstacles.

Let’s take the Dutch market, a very competitive one where switching is on the rise. Still, a quarter of consumers have never switched providers, despite a potential saving of up to €400 per year.

In the UK, one of the first liberalised energy markets, consumer body Citizens Advice found that customers who have remained loyal to the same energy supplier for a long time are, surprisingly enough, often charged far more than new customers. This is a story that surely resonates with many in Europe.

The ‘Clean Energy for all Europeans’ package aims to address some problems consumers face, for instance by improving competition on the market, enabling consumers to easily assess and access the market via comparison tools or allowing tenants to engage with renewable energy technologies.

However, as long as the market is not delivering for all, the negative impacts can be disproportionately concentrated on those struggling to pay their bills.

Energy poverty is when people are unable to pay their energy bills or to keep their homes warm. Energy poverty stems from a combination of three factors: low income, increasing energy bills and inefficient buildings. Think of people sitting around a stove or fireplace because the rest of the house is too cold to sit in. Or of children doing their homework in apartments with damp walls because the building needs refurbishing, but the upfront costs are too high.

The issue hits around 1 in 10 people in the EU. People need adequate warmth, cooling, lighting and electricity to power appliances and have a decent standard of living. Not having those standards can be critical for their health. The World Health Organisation, looking at 11 European countries, estimated that energy poverty causes almost 40,000 excess winter deaths yearly. More than enough cause of concern.

Most EU countries do not have a working definition of ‘energy poverty’, a phenomenon which nevertheless affects millions of EU citizens. And that leads to some countries not having effective policies addressing this problem.

Price intervention must remain an option

If the market does not work for those in a vulnerable situation, it should not trample people’s right to live a decent life. A way to limit the harm is to avoid prices going too high.

That does not mean energy prices should always be regulated, and that they should be set below than its costs. Nor is it a plea for more regulated pricing. It is instead a call on EU decision makers to retain the possibility for Member States to intervene in prices, even for a limited time, when other measures do not work or take too long to work.

Many options are at hand, amongst others to have caps in place for the most affected segment of the market, such as in the UK for prepayment meters, or to make sure that the price people pay closely follows the costs of production, such as in Spain.

What do we need?

In the next trilogue meeting, EU decision makers are expected to agree to a position. The stage is set for a dramatic finale with a strong push to limit government intervention if the market is not functioning well.

Member States should keep the option of regulated prices open. The argument to get rid of them is not convincing enough as long as energy markets are not truly competitive. The downside of removing them completely is too great. Apart from keeping regulated prices as a tool, Member States should clearly define what energy poverty is. That will help them to determine what exactly they are fighting against and help them apply the right policies. 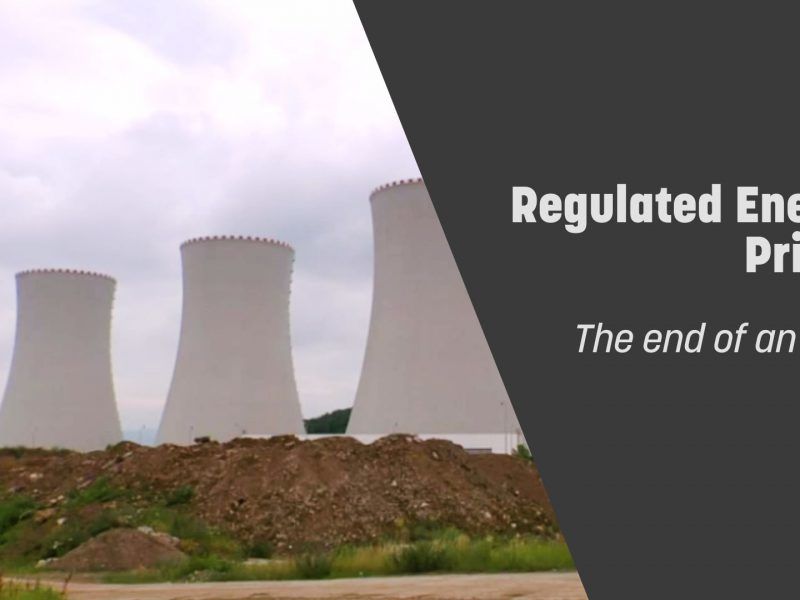